What Lagos Govt Plans To Do For Suvivors Of The Collapse Building At Ikoyi, That's Commendable

By PROZYL (self media writer) | 1 month ago

A recent story of how a 21-storey building collapsed in Ikoyi, Lagos State, has trended in different social media platforms. This sad incident has led to the death so many as confirmed by newsmen while others are allegedly trapped in the building. 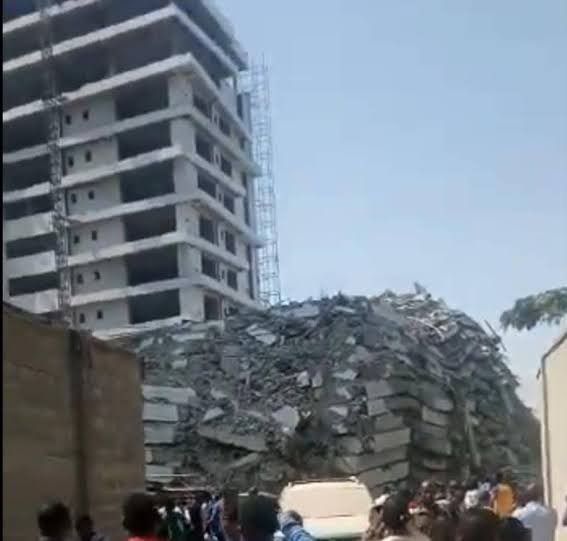 This sad incident has gained a lot of reactions from Nigerians as people have shown their sympathy for victims and blasted the owner of the building for such endangering people's lives. Also it was gathered that the deputy governor of Lagos State, Dr Obafemi Hamzat, visited the survivors of this terrible incident on Tuesday. 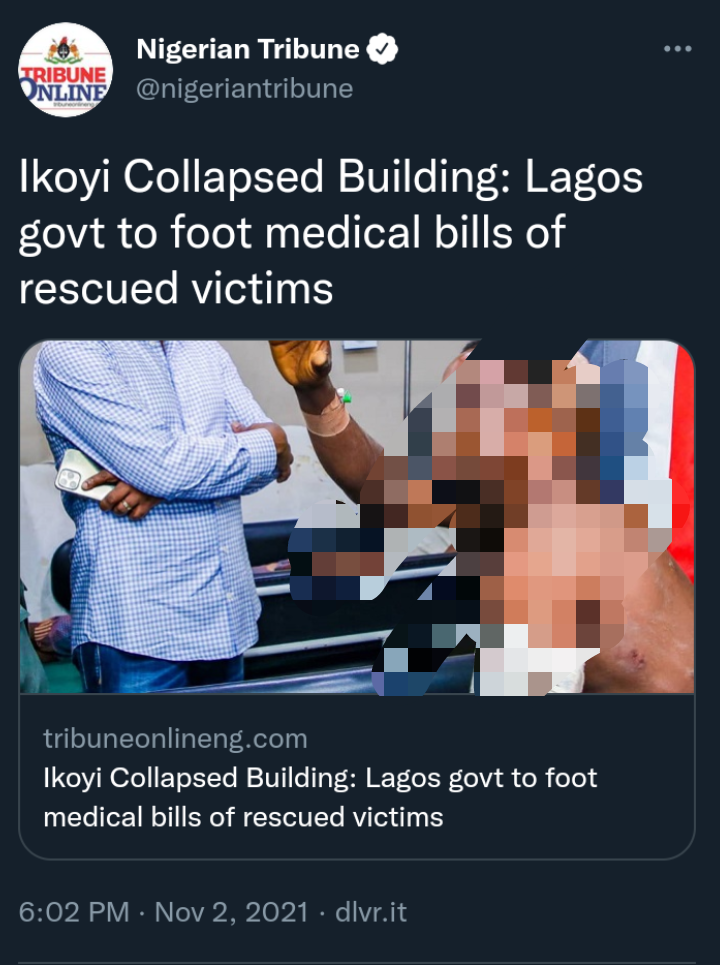 Following his visit, he revealed the number of casualties so far by saying that nine of them were all males. Amongs them, three had minor injuries and were treated and discharged immediately while the other six are undergoing treatment at the Medical Emergency (LASEMS) unit of the General Hospital, Lagos. Here is what the state government promised to do for the survivors that is commendable: 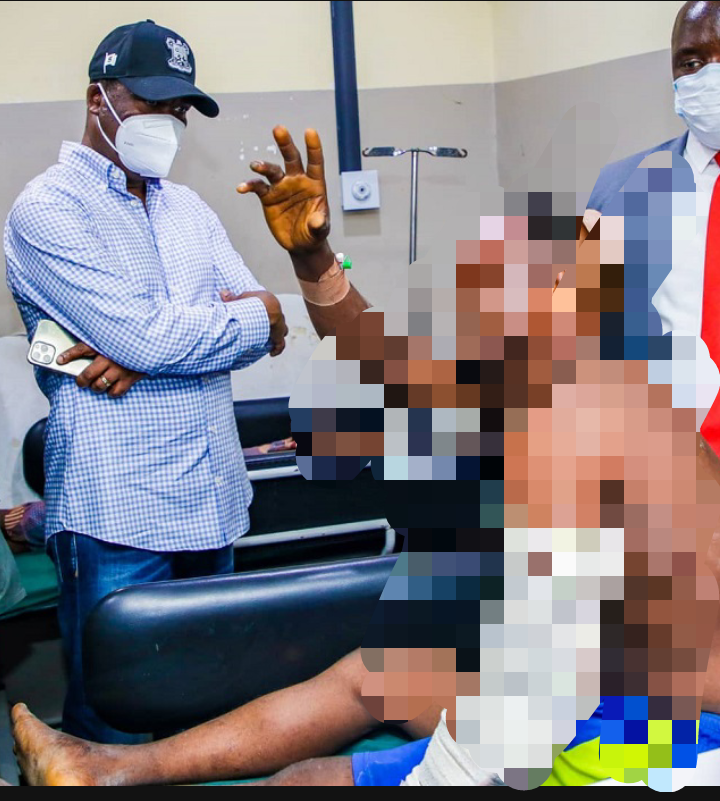 The Lagos State government has promised to take care of the medical bills of the rescued victims.

I sincerely commend the show of love by the deputy governor of Lagos State, Dr Obafemi Hamzat, for making out time to visit the survivors of this sad incident. And also commend the State government, for promising to take care of their medical bills because this would help to relieve the victims of so much thoughts on how to go about the bills. It would allow proof to them how much the government cares about them.

What do do you have to say for this show of love by the State Government?