ASUU STRIKE: Power Sector, Transport Workers And Others May Shut Down As NLC Begins Protest

As announced earlier, the Nigeria Labour Congress (NLC) and some other unions will begin a nationwide protest today, Tuesday, as a result of the prolonged strike action by the Academic Staff Union of Universities, (ASUU). The union had said the demonstration would hold at all the State capitals, while the final rally would take place in Abuja to pressure the Federal Government to meet ASUU’s demands. 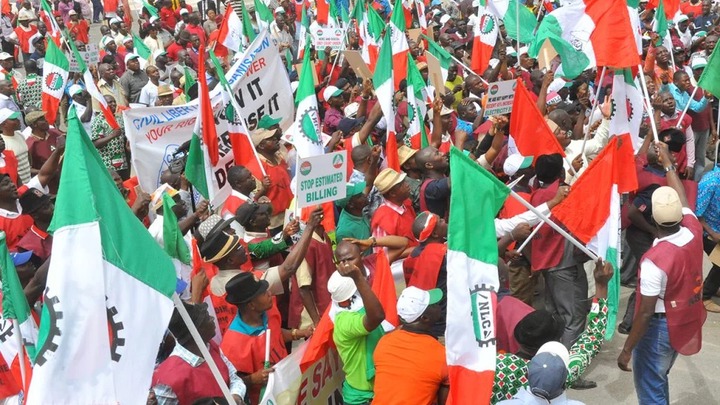 However, workers in the power sector under the platform of the National Union of Electricity Employees (NUEE) confirmed last weekend that they would join the Nigeria Labour Congress (NLC) in the nationwide protest. While about 40 Nigeria Labour Congress (NLC) affiliates, including aviation, bank, oil and gas, electricity, construction workers as well as power holding companies are expected to participate in Tuesday's protest.

According to Daily Post, a police source from the FCT police command told DAILY POST that arrangements have been made to deploy officers from the command to all areas where the protest will take place to avert security breaches. The source, who spoke on condition of anonymity, said, the command is aware of the security situation across the country, particularly here in FCT, so officers will be adequately mobilized to ensure the safety of lives and properties during the demonstration.

Meanwhile, as reported earlier, President Muhammadu Buhari has given two weeks to the Minister of Education, Malam Adamu Adamu, to resolve the prolonged strike action embarked upon by the Academic Staff Union of Universities (ASUU) and other university-based unions. ASUU had commenced a one-month warning strike on February 14, 2022, and other unions also joined them over the alleged inability of the federal government to meet up with their demands.

Content created and supplied by: Samogs2003 (via Opera News )