By SPORTSC (self media writer) | 12 days ago

In UEFA Champions League games, many professional footballers have set records. The Champions League is one of the most popular football competitions in the world. There are football players who have scored a lot of goals in a short period of time in the league. This football season, many football clubs are performing admirably in their group stages, while others may fail to advance to the next stage of the League.

In this article, we will look at the football players who have scored the most goals after five match days in Champions League history. 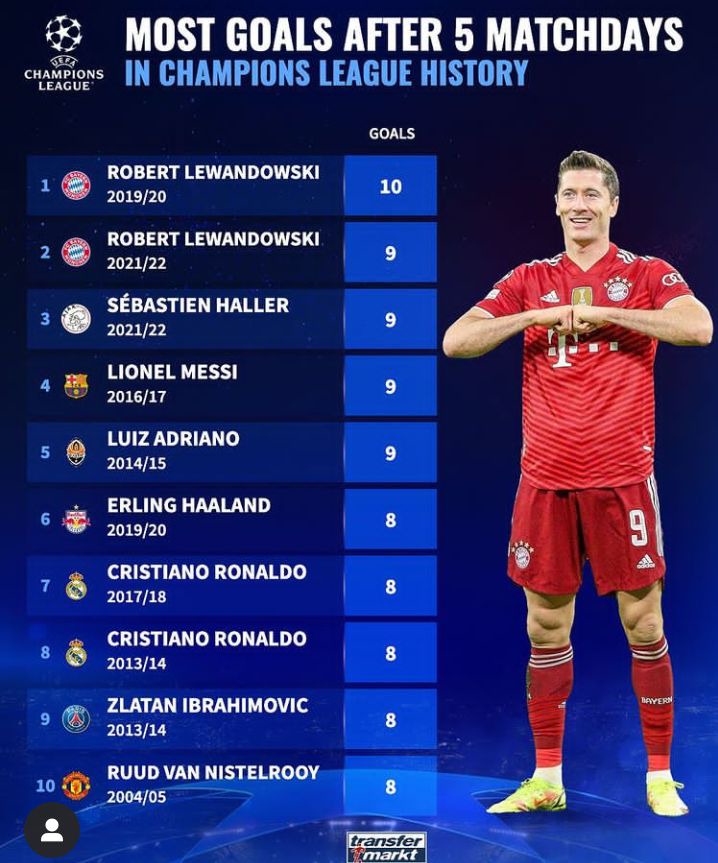 UEFA Champions League matches are always exciting to watch. Lewandowski and Ronaldo appeared twice on the list of UCL players with the most goals scored after five match days.