By Garbxtpen (self media writer) | 19 days ago 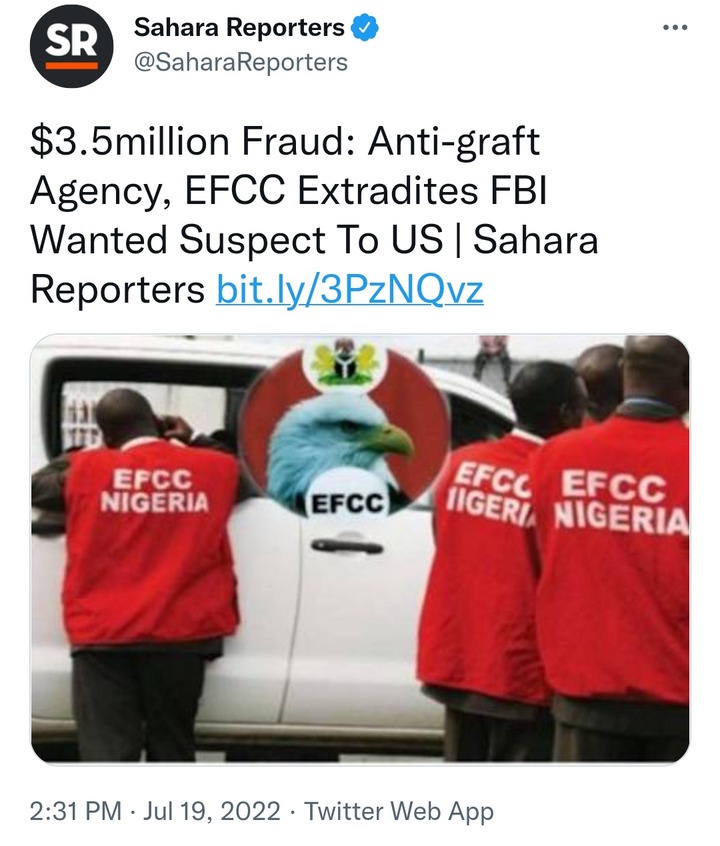 The Economic and Financial Crimes Commission (EFCC) says it has extradited one Fatade Idowu Olamilekan, who had been on wanted list of the Federal Bureau of Investigation (FBI) over $3.5million dollars to the United States.

EFCC in statement posted on its official twitter handle @officialEFCC on Tuesday, said the suspect was extradited on July 14, 2022.

"His extradition was coordinated by the EFCC, following a notice from the Federal Bureau of Investigation, FBI New York, through the US Legal Attache for his role in impersonating various cities, state and academic institutions across the United States." 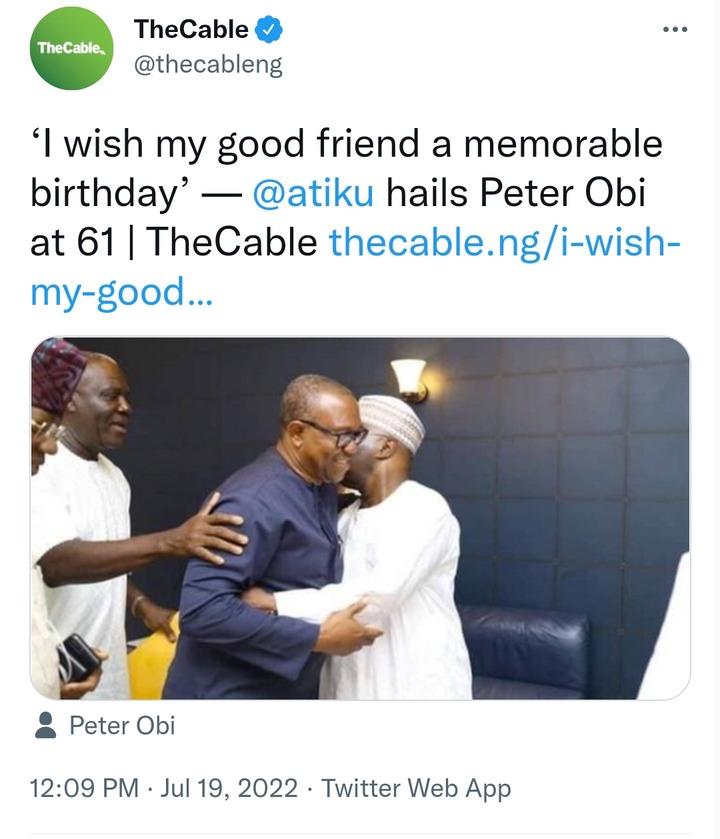 In an Instagram post, the former Vice President described Obi as his “good friend,” wishing him many years in good health.

Obi was the former running mate to Atiku when he contested for the presidential election in 2019 under the platform of the Peoples Democratic Party.

Atiku and Obi have maintained a cordial relationship despite being contenders in the presidential race. 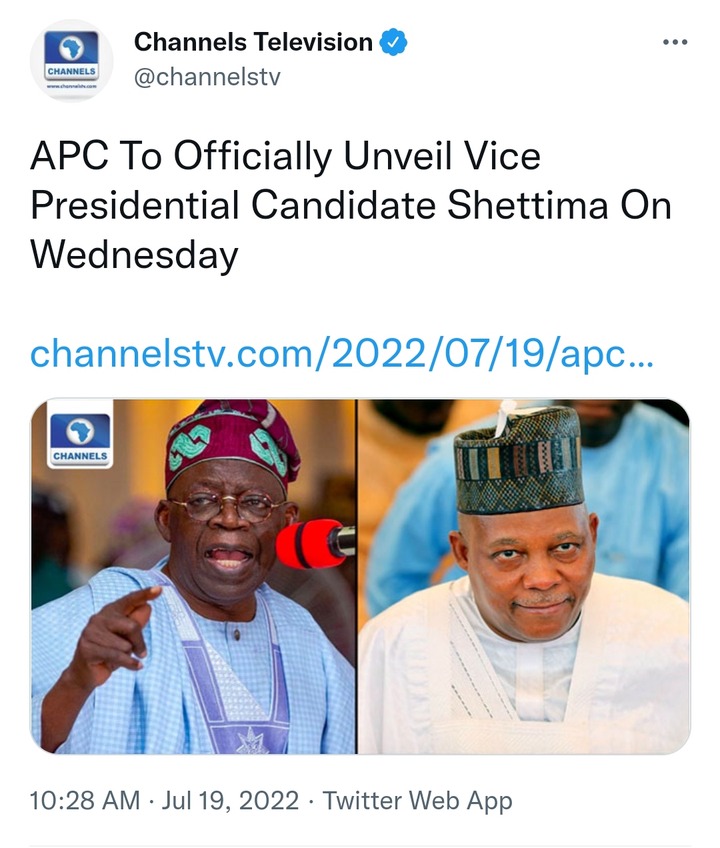 The All Progressives Congress (APC) will unveil Senator Kashim Shettima, the running mate to its presidential candidate, Bola Tinubu, on Wednesday.

This is coming five days after the ruling party postponed the unveiling with no reason given for the shift in date.

Shettima was meant to have been presented to party members at the APC national Secretariat on July 14, but an APC official told reporters the event has been moved forward.

Tinubu had on July 10 announced the ex-governor and Senator representing Borno Central as his running mate in the 2023 general elections.

Nine days after, the ruling party issued a statement, saying the vice presidential candidate will be unveiled in Abuja.

Why We Dumped APC For PDP -Mai Buhu Gumi, Others 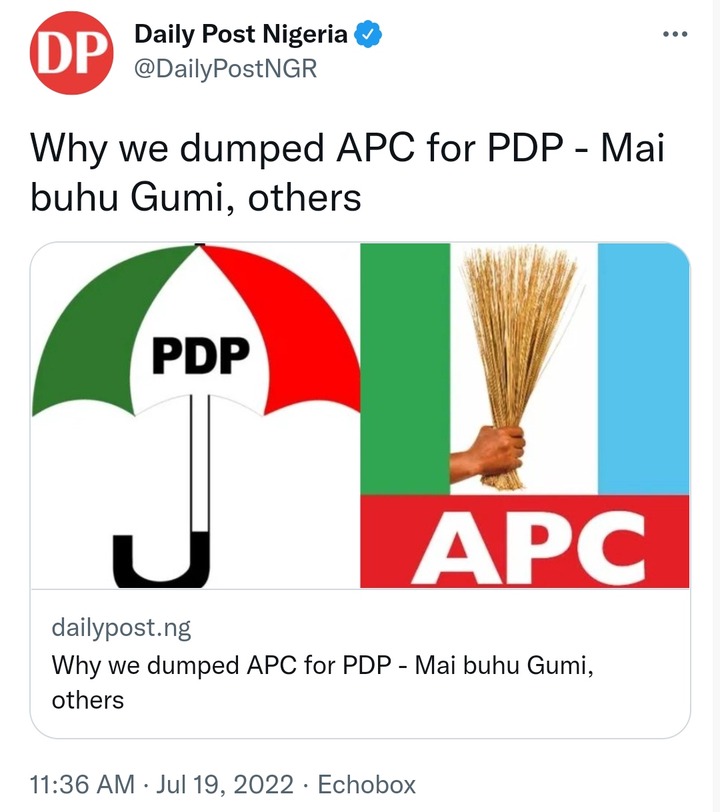 In an exclusive interview with DAILY POST in Gusau, the state capital, the leader of the group, Alhaji Mai buhu Gumi lamented that there were deep cracks on the walls that the leadership of the party has failed to amend.

Speaking further, Mai buhu Gumi pointed out that most of the women in the rural areas have been forcefully turned into widows roaming the streets aimlessly due to banditry activities.