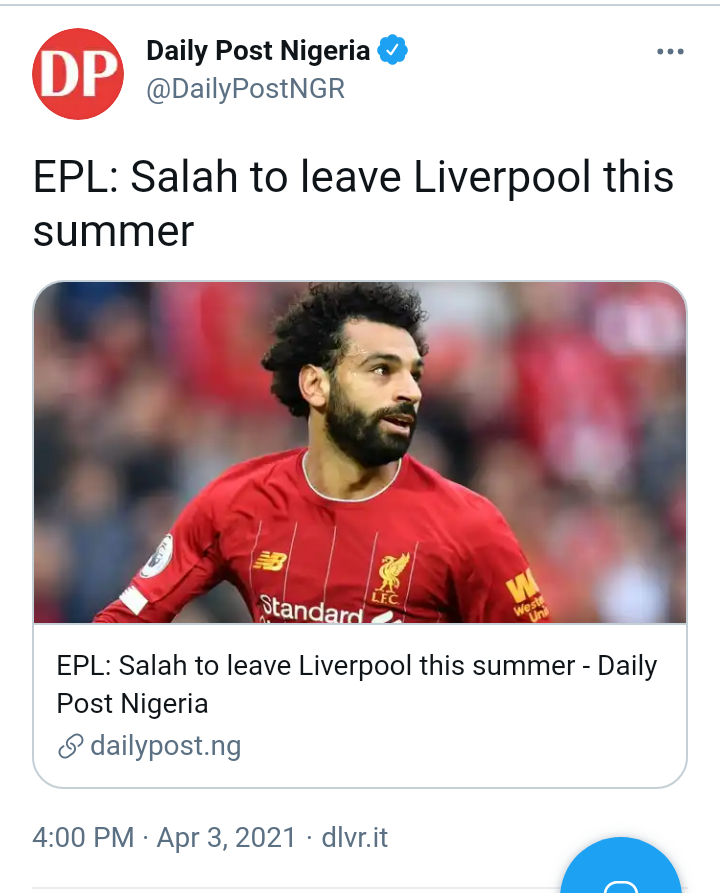 Liverpool forward, Mohamed Salah, could leave Anfield ahead of the 2021/2022 campaign.

The 28-year-old has again been in fine form for the Premier League champions this season.

Salah has netted 25 times in 40 appearances in all competitions, including 17 goals in 28 league outings.

His current deal with Liverpool only has a little over two years left to run and he has again been speaking about a potential move to Spain recently.

According to ESPN, there is a growing belief within the Liverpool squad, that the Egypt international could decide to seek pastures new during this summer’s transfer window.

It is also understood that intermediaries who have worked closely with the Reds, feel a move could be possible in the upcoming transfer market. 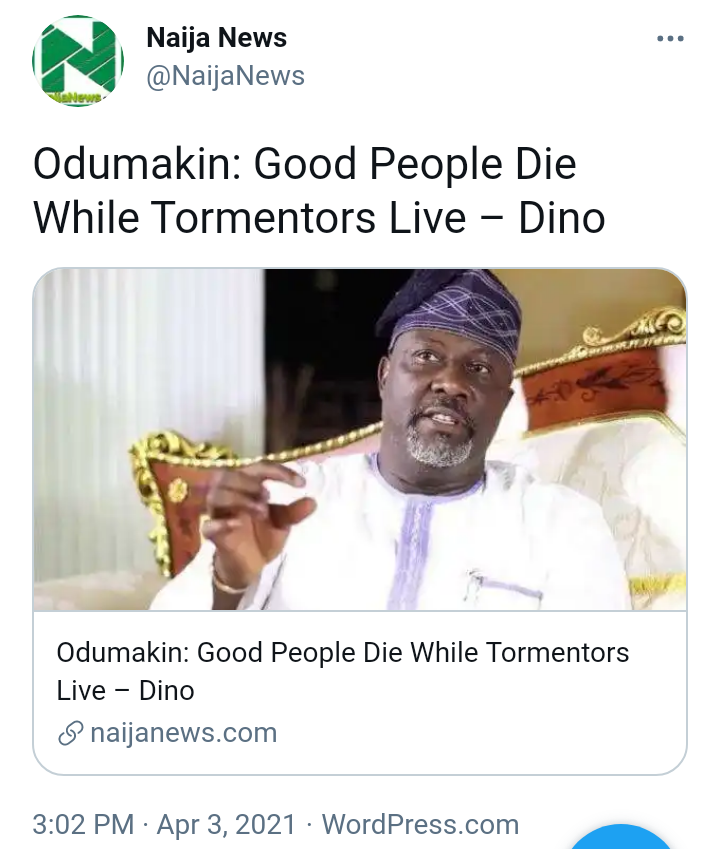 The former lawmaker representing Kogi West Senatorial District, Dino Melaye, has reacted to the death of the spokesman of Afenifere, Yinka Odumakin.

Senator Melaye in a post on Twitter, said it is sad that good people often die while the ‘tormentors’ live. 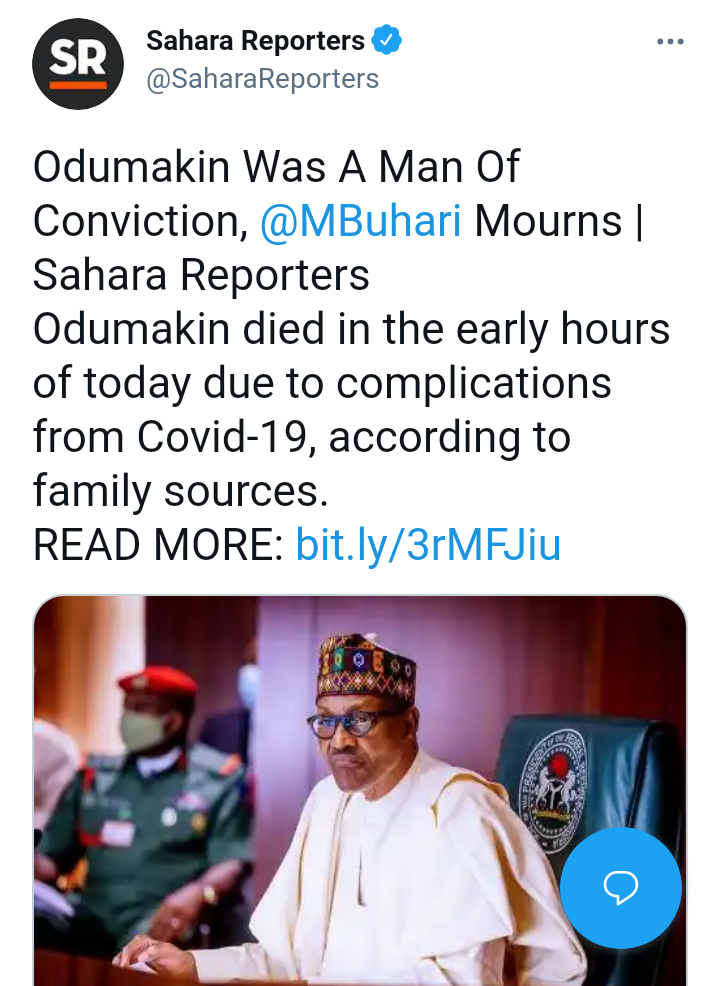 President Muhammadu Buhari, on Saturday, mourned the late spokesman of Afenifere, Yinka Odumakin, describing him as dutiful and a man of conviction.

Odumakin died in the early hours of today due to complications from Covid-19, according to family sources.

Buhari’s position on Odumakin, who served as his spokesman when he contested the 2011 presidential election on the platform of Congress for Progressive Change, was contained in a statement by his Special Adviser on Media and Publicity, Femi Adesina. 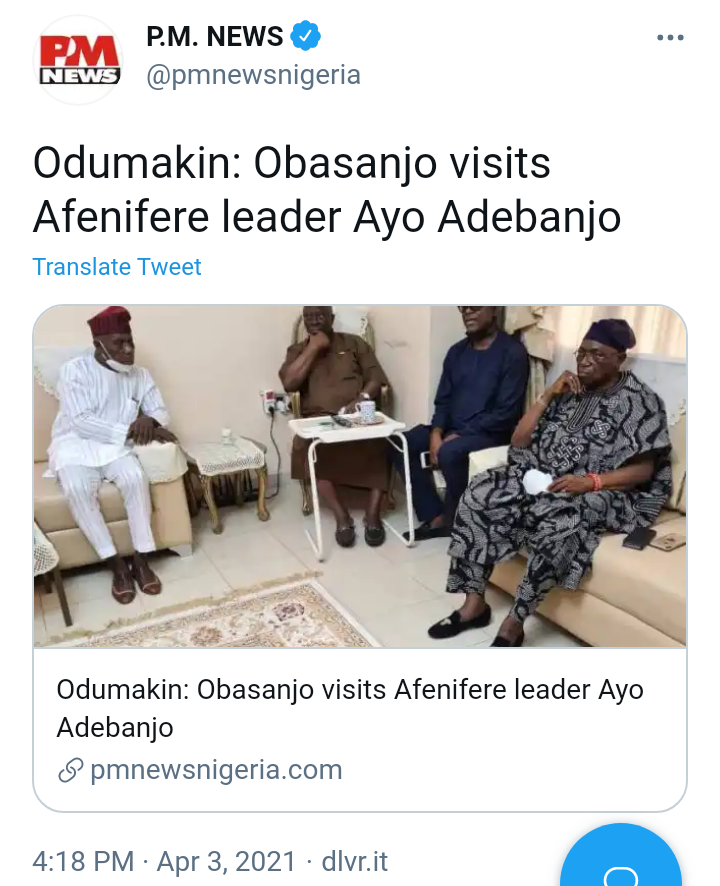 Adebanjo is the leader of the Pan Yoruba political and cultural group.

Odumakin died on Saturday of complications from COVID-19.

US Sends Another Strong Message To All Nigerians. 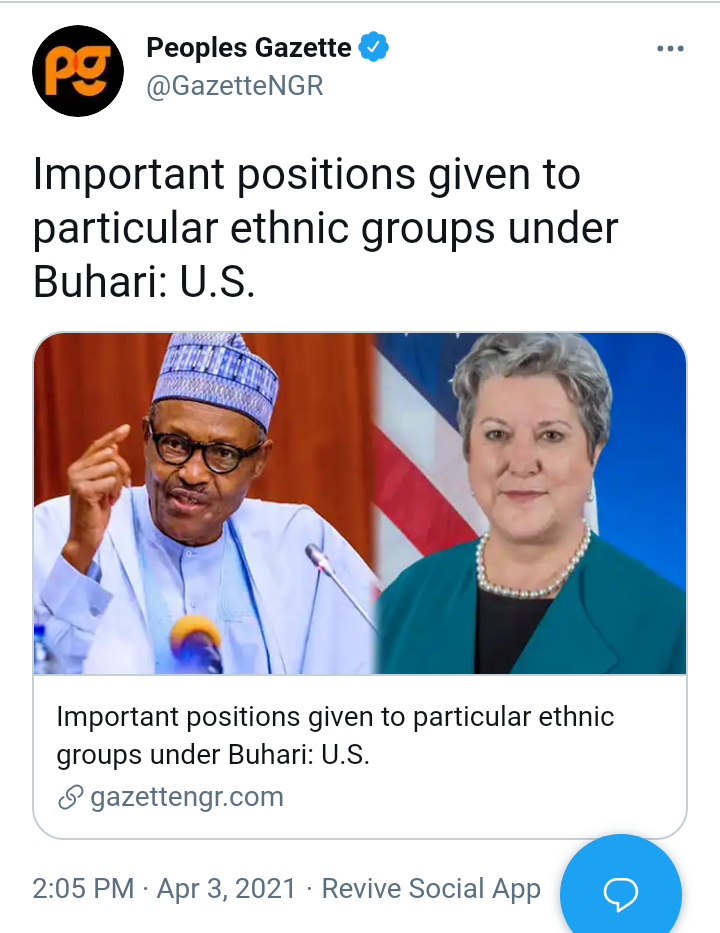 The administration of President Muhammadu Buhari has shown overarching favouritism in handing out important federal positions to particular ethnic groups, a U.S. 2020 report on human rights practices in Nigeria has said.

Though the report agreed that Mr Buhari complied with the minimum constitutional requirements to appoint cabinet ministers from all the 36 states of the federation, it pointed out that “traditional relationships were used to pressure government officials to favour particular ethnic groups in the distribution of important positions and other patronage.”

Mr Buhari has long faced credible charges of nepotism over his evident favouritism in appointing cronies from his northern Fulani base to essential public offices even when there are better-qualified persons for such positions from other parts of the country. 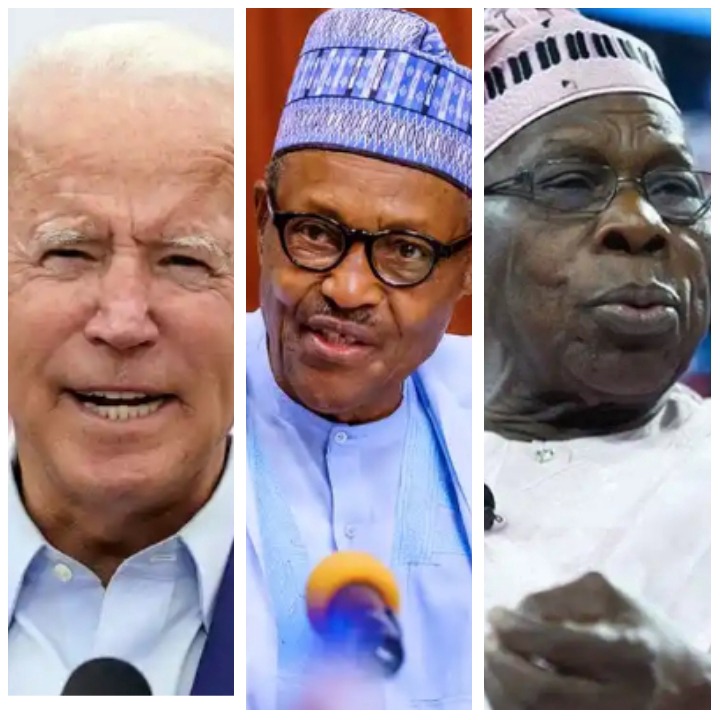 If Your Blood Sugar Is High, Start Consuming These 3 Things Regularly To Reduce It

Opinion: 2 Things Oshiomhole May Need To Do To Reinvent His Political Career

"We Don't Buy Guns, We Made Them Locally" - IPOB

Nice African Print Styles For Matured Ladies That Can Slay

How to make Tuwo Shinkafa