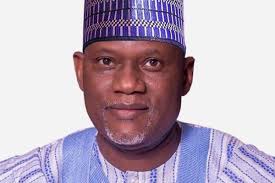 Never before has one individual loomed so large on the political turf of Kaduna State since the days of the Sardauna of Sokoto as Distinguished Senator Suleiman Uthman Hunkuyi. Wherever and whenever this name is mentioned, one wonders why some gets so unease; the fact is that, he is a political juggernaut that his opponents are so scared of.

What is very clear is the very fact that he is a man of political character, as well as uprightness in other spheres of human endeavor. He commands a following wherever he goes. Whenever he has cause to speak on an issue, he does so not from a prepared text but extemporaneously. He is simply sweet to listen to.

He once served as a Commissioner in the Kaduna State Government before going on to the Senate of the Federal Republic. He has had an eye on the governorship ticket of the State on the platform of the PDP after he sacrificed the incumbency of a sitting Senator under the APC. His return to the PDP fold witnessed the largest gathering of PDP faithful who thronged the Kaduna International Trade Fair grounds to welcome him and a large number of APC members he brought back to the PDP.

Upon discerning that the Distinguished Senator had an eye on the PDP governorship ticket in Kaduna State, the old pantaloons who led the PDP to defeat in the 2015 general elections set to work with the sole purpose of torpedoing Sen Hunkuyi's ambition and they did just that in 2019. If only Hunkuyi had picked up the PDP governorship ticket in the 2019 general elections, PDP would have been the tenant in Sir Kashim Ibrahim House not the APC; But no, the self acclaimed political godfather in the State will have none of that. The 2019 PDP gubernatorial ticket was deliberately schemed and serially manipulated to someone who lacked the capacity to win. We told them that PDP was up for a gamble but nobody listened. We told them that the self acclaimed PDP godfather had negotiated away PDP's victory to the APC, yet nobody listened and Kaduna State PDP has been in a political limbo since then.

When you see victory so close and yet you lose it, that can be very painful. Common sense informed the formation of 2 Committees early in 2020 to undertake a review of the conduct of the 2019 elections in the State and the other to draw a roadmap to 2023. When it was becoming clear that the Review Committee would open a can of worms over how the election funds were deployed, the godfather panicked and ended up scuttling the work of the 2 Committees. The PDP in Kaduna State, as things currently stand couldn't be a more laughable political platform given that it is an opposition party that is less serious about winning back political power. Rather than fielding its best candidate to contest the governorship elections, they old guard who have held the PDP by the throat threw up an individual who stood no chance against the APC candidate. Our prognosis that PDP in Kaduna State was working towards failure was ignored but it came to pass.

It is now very clear that the old foxes within the PDP in Kaduna State are focused on nothing more than frustrating Senator Suleiman Hunkuyi's political interest. Their latest strategy is churning out unfounded rumours of the Senator's alleged defection back to the ruling APC. It is so hypocritical that they hate Hunkuyi so much yet they are seeking to make political capital out of a mere rumour. These politicians in the Kaduna State PDP, I suggest, ought to be more concerned about seeking a viable candidate with the capacity to challenge the APC come 2023 and for now there is only one of such a candidate and his name is Senator Suleiman Uthman Hunkuyi, the shaker of Kaduna State politics.

The rumours of Hunkany's alleged plans to return to APC should not be of any news or information value to the extent that the centrality of any political struggle remains the pursuit of one's interest. There is no law that should stand in the way of anybody desirous of shifting his/her political base from one political platform to another. Party members should be at liberty to move on with their lives if they feel frustrated where they previously were.

Those claiming the PDP as their inheritance from where only God knows rather than making the hatred of Hunkuyi their preoccupation should find better things to do. A bunch of jaded and expired political warlords should not be the ones to decide Hunkuyi's fate politically. Such a responsibility lies with the electorate of Kaduna State. Technically, Hunkuyi has inadvertently morphed into a scarecrow for the old warhorses in the Kaduna State PDP stables. If in the end, the Distinguished Senator does migrate as gleefully being rumoured, you can bet that he will deploy his oratory skills in explaining why it had to be so. For now Hunkuyi remains a passionate member of PDP in Kaduna State. Those whose hearts are likely to be broken can now begin to consider their options.

adsu mi abaga nysc 2019 park n go by kiss daniel wizkid baby mama
Opera News is a free to use platform and the views and opinions expressed herein are solely those of the author and do not represent, reflect or express the views of Opera News. Any/all written content and images displayed are provided by the blogger/author, appear herein as submitted by the blogger/author and are unedited by Opera News. Opera News does not consent to nor does it condone the posting of any content that violates the rights (including the copyrights) of any third party, nor content that may malign, inter alia, any religion, ethnic group, organization, gender, company, or individual. Opera News furthermore does not condone the use of our platform for the purposes encouraging/endorsing hate speech, violation of human rights and/or utterances of a defamatory nature. If the content contained herein violates any of your rights, including those of copyright, and/or violates any the above mentioned factors, you are requested to immediately notify us using via the following email address operanews-external(at)opera.com and/or report the article using the available reporting functionality built into our Platform