Eden Hazard left a hero after helping the blues win the Europa League against Arsenal last season, but he left a promise he will return to Chelsea one day.

Eden Hazard won 6 titles in his 7years at Chelsea, he won one FA Cup, Two Premier League titles, two Europa League titles and a League Cup and is widely regarded as one of the greatest players in the club’s history.

On December 2019 Frank Khalid caught up with Eden Hazard whilst the winger was recovering from injury, Khalid reaveals that the former blues hero Eden Hazard, promised to return to Chelsea after his contract with Real Madrid terminates. 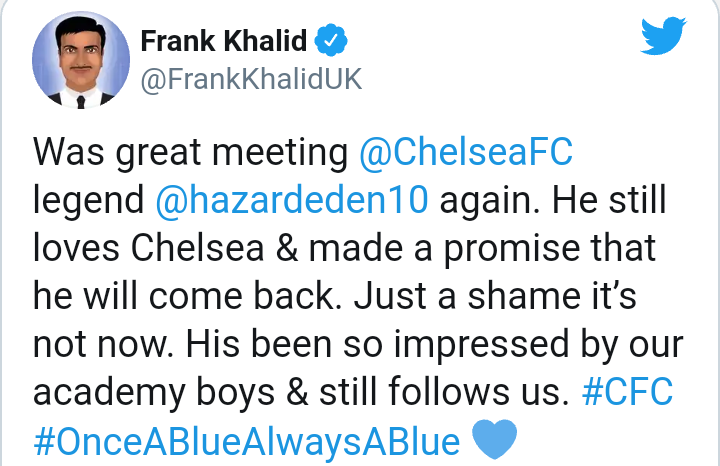 He also said that Hazard revealed he is browsing on his old club whenever he can.

He completed that: “ I watch When I can but Not all the time.

Eden concluded to him saying “ The blues are younger now, they are doing well, they can buy players now and they can pay for players."

Real Madrid were crowned the LA LIGA title following their win (2-1) over Villarreal and Barcelona defeated byOsasuna (1-2) on Thursday. 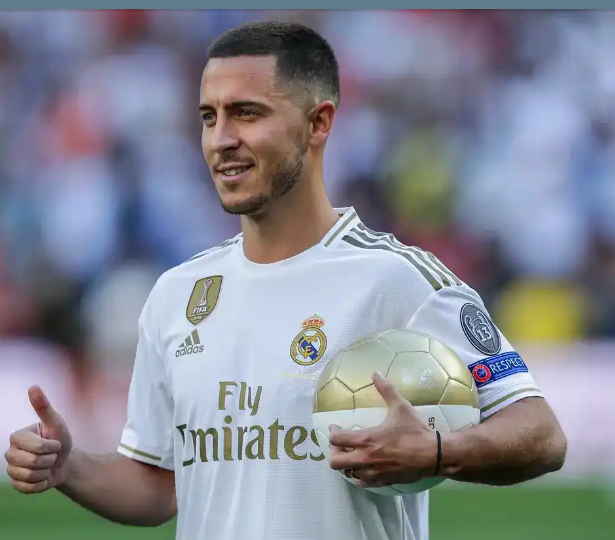 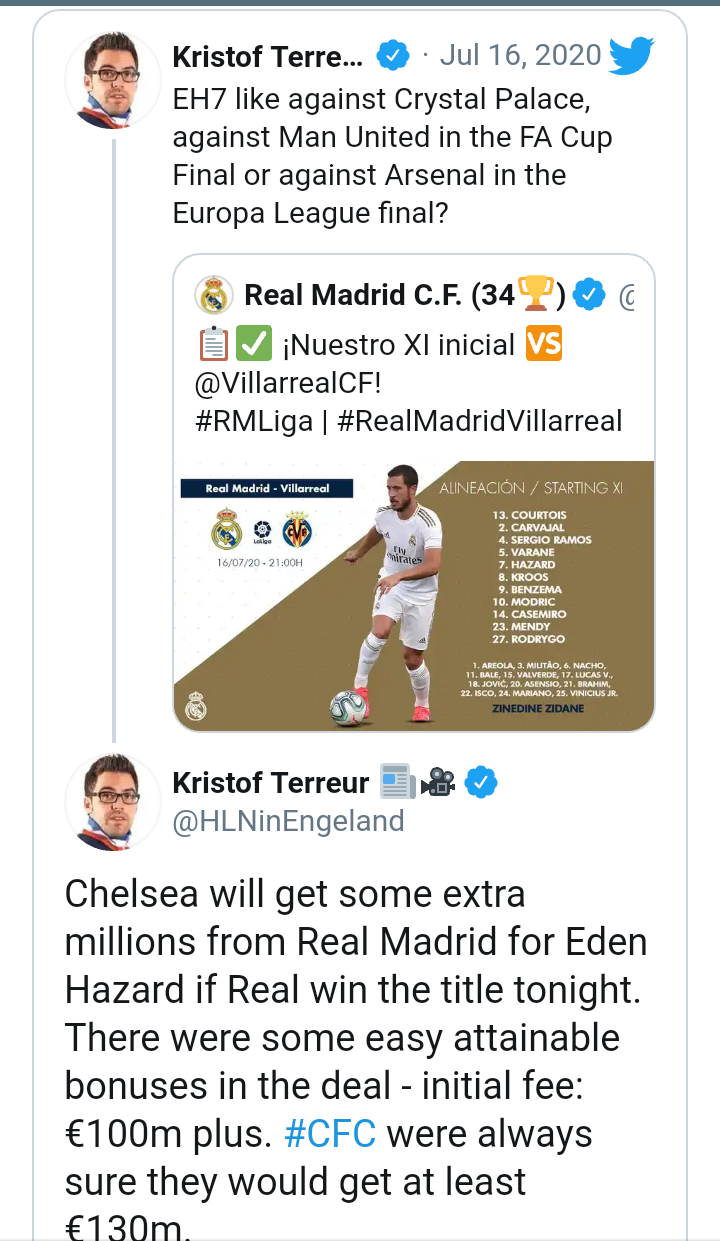 After the new signings of Hakim Ziyech and Timo Werner to Chelsea ahead of next season, Eden Hazard has open door to future dream Chelsea partnership with Timo Werner and Hakim Ziyech. Hazard's admission that he will return to west London one day can only be music to the ears of Chelsea fans.