By OgunTescom (self media writer) | 9 days ago

Olajubu excel is a ten year old JSS One Pupil of Olorunda community high school in a remote community in ewekoro local government area of ogun state who contested against his Senior Collegues in a Schools quiz competition.

In a recently concluded maiden edition of a quiz competition organized by the office of the Principal General Egba Bloc in collaboration with All Nigeria Confederation of Principals of Secondary Schools ANCOPSS Egba bloc, where secondary schools within the six local government areas that made up Egba bloc had come together to compete for honour in a competition that was held at Lisabi Grammar School hall, Idi-Aba, Abeokuta.

The quiz competition of two rounds each had the students examined in four subjects area namely, Maths , English, B.Tech and NVE with two contestants representing each local government area of the Bloc. 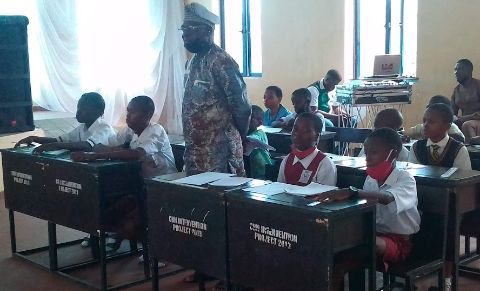 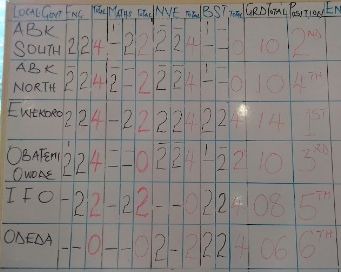 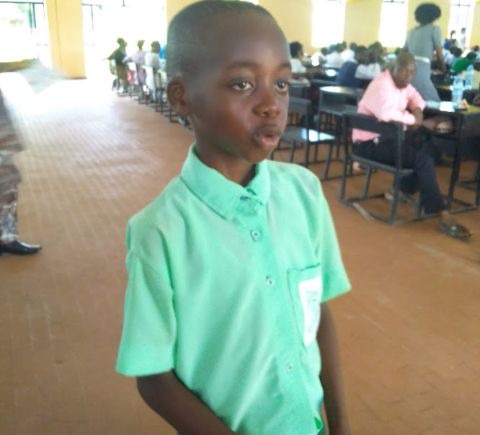 This uncommon victory orchestrated by Excel endear him to the Principal General of Egba Bloc , Alhaja Sekinot Ogunwolu and the chairman of the state Teaching Service Commission , Evangelist olamilekan Ifede who was the special guest of honor at the event. 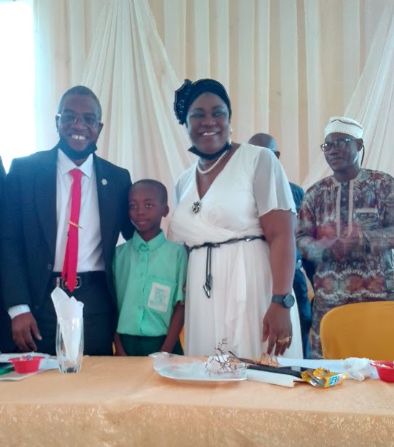 In his words of appreciation toward the achievement of the little boy, Evangelist Ifede stated that the school which Olajubu represented is a poor community school which has just been taken over by the state government, saying that " out of the black Pot of Olorunda community high school comes the white pap of the likes of Olajubu Excel".

The Chairman also ceased the opportunity to challenge parents about the type of name they give out to their Children, citing the example of Olajubu Excel a ten year old boy who excelled above his seniors in the competition as the type of name parents gives to their children has a lot to do in their life.

Apart from the prize given to Ewekoro local government as the winner of the maiden quiz competition, the TESCOM Chairman on behalf of himself and his family, personally appreciated the effort of the little Boy with a cash gift. 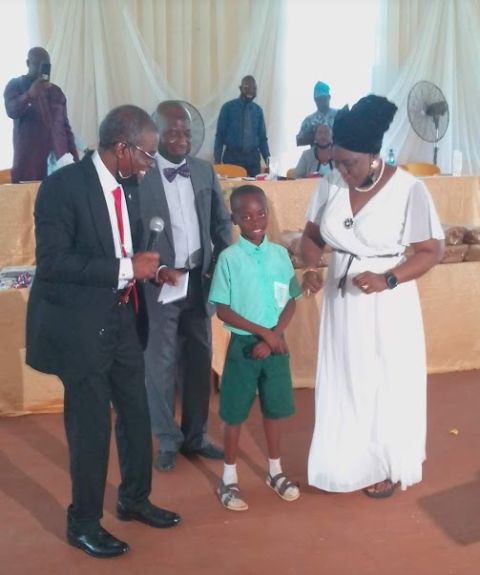 A group photograph was later taken by the chairman of the Teaching Service Commission and the organizers of the quiz competition with the wonder kid. 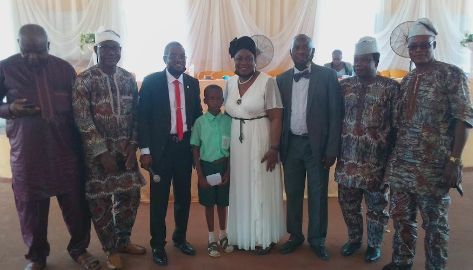