Barça reaches deal with Man U for De Jong

By Abuunusaybah39 (self media writer) | 26 days ago

A person at the Spanish club with knowledge of the situation told The Associated Press on Thursday that Barcelona and Manchester United had struck an agreement regarding the potential transfer of Netherlands midfielder Frenkie de Jong, who would still need to sanction the move. 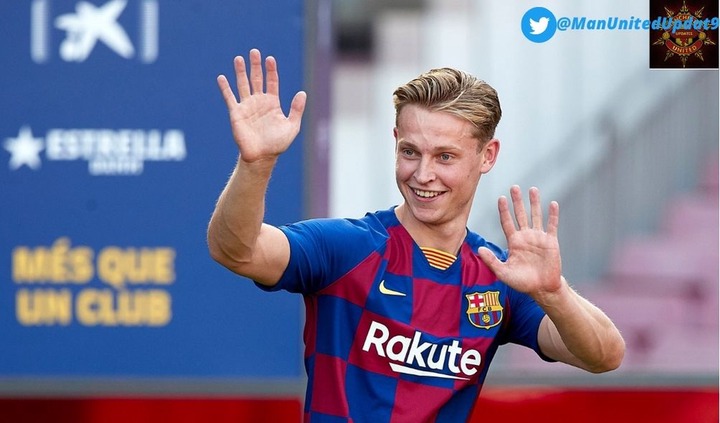 For the 25-year-old De Jong, United has agreed to pay Barcelona 75 million euros ($75 million) plus an additional possible 10 million euros in variables, according to a club executive who spoke on the condition of anonymity because he was not permitted to discuss the transaction publicly. De Jong would still need to consent to the transfer to the English Premier League team even if his contract with Barcelona runs through June 2026. He has apparently been hesitant to leave Camp Nou thus far. However, the Barcelona person familiar with the arrangement claimed that Xavi Hernández has informed De Jong that he won't be a vital member of his squad. Before the club departs on Saturday for a preseason tour of the United States, Barcelona would prefer that a firm agreement be achieved right away. In an effort to lower its debt, Barcelona has been attempting to cut its payroll. The club official claimed that De Jong's remuneration was no longer in accordance with its new financial aims.

De Jong has made 140 appearances since Barcelona acquired him from Ajax in 2019 for 75 million euros (at the time, $85.5 million), the majority of them as a regular starter.

Content created and supplied by: Abuunusaybah39 (via Opera News )