OPINION: Why PSG ought to defeat Manchester City

By erictimelessbeauty (self media writer) | 12 days ago 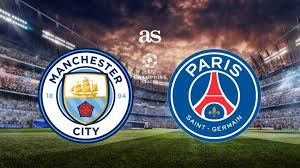 There is no doubt that both Manchester City and PSG would be the teams to qualify from Group A of the Champions League but the battle is for who qualifies first. Most analysts expect Manchester City to clinch it but I am tipping PSG to narrowly win tonight's cracker.

Simplistic as it may sound, one reason why PSG should win tonight is the fearsome combination of Messi, Mbappe and Neymar (MMN). The combination of the trio is yet to deliver its fullest potential so far but the threat they carry cannot be ignored, not even by a fiery team like Manchester City! It should be noted that Manchester City have yet to keep a clean sheet in this season's Champions League, and it is an understatement to say changing that run against Neymar, Mbappe and Messi will be difficult.

if the Messi, Mbappe and Neymar connection clicks tonight then Manchester City will need to bring their A game to triumph. Add that to the fact that Sergio Ramos is being rumoured to be fit enough to feature in the match and one can say Manchester City has their work cut out. 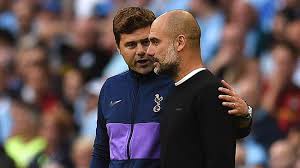 Some are arguing about the superiority of Pep over Pochetinho tactically but in my view, that is in PSG's favour. Pochetinho is being rumoured to be favoured for the Manchester United job and what better way to make your case than winning in Manchester? Frankly, when it comes to tactics, Mauricio Pochetinho is no pushover considering what he did with Tottenham. It is not beyond him to outwit any manager tactically.

Thirdly, PSG needs the win more than Manchester City. In fact, a draw will be good enough for Manchester City but not PSG. This is not to say Manchester City will be overly conservative or cautious. No! Both teams are expected to go all out for it. But as was the case in Camp Nou last season when PSG visited, the hungrier team may win it.

Tonight's match is very balanced and the bookmakers are favouring Manchester City to win tonight (maybe because they are the home team) but PSG may pull off an "upset" (if we can honestly call it that). All that is needed is for one of the trio Neymar, Mbappe or Messi to do well. Who do you think will win it?