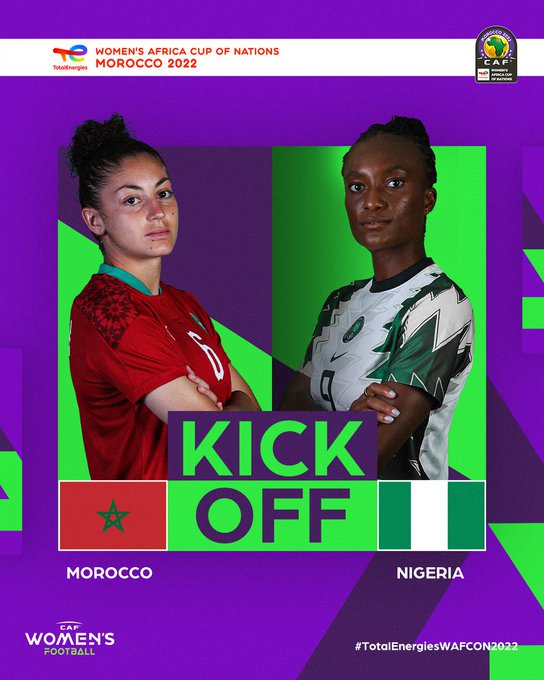 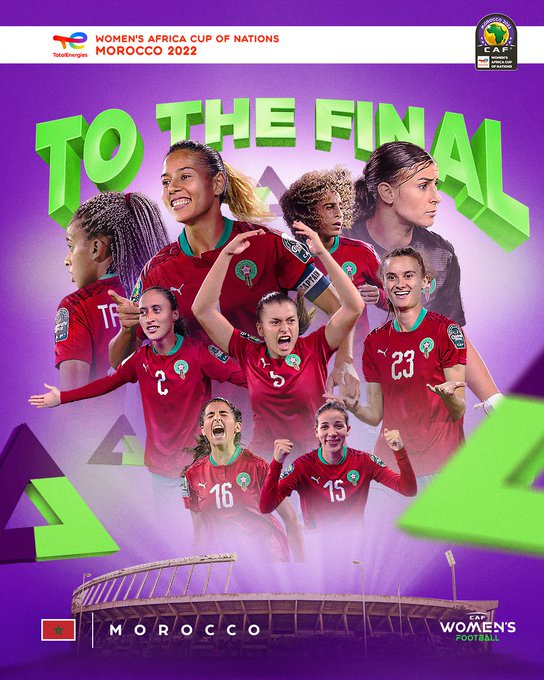 The host nation of Morocco defeated the Super Falcons of Nigeria in a fiercely contested semi final match on July 18, 2022, ending the Nigerian team's hopes of winning the 11th WAFCON. In 2018, the Nigeria Super Falcons defeated their South African rivals on penalties to retain their title. 53, 000 spectators watched the second semi-final match of the day at the Moulay Abdallah Stadium, where the match was played. 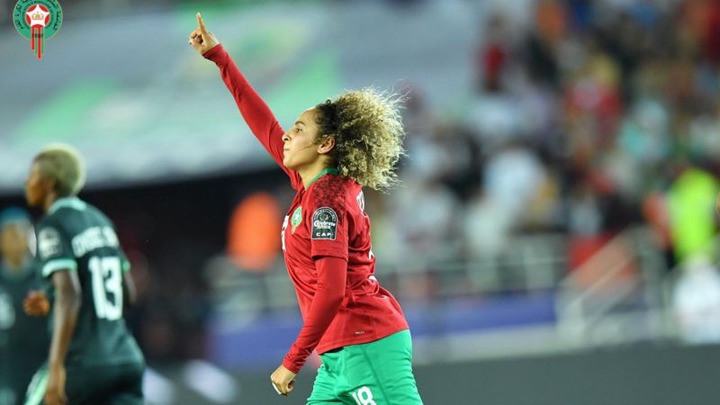 With the goal of capturing the tenth Women's African Cup of Nations championship in Morocco, the Nigeria Super Falcons entered this competition. Nigeria's chances of winning the trophy in this semi final have been dashed, despite the Super Falcons' mantra, "Go for the tenth" trophy. After this defeat, key Nigerian players might also decide to hang up their cleats, notably Onome Ebi, who will be 38 after Saturday's third-place match. 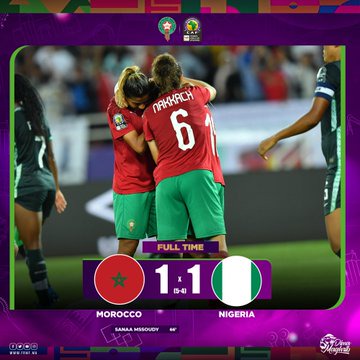 The Atlas Lionesses of Morocco battled hard to defeat the nine-woman Super Falcons of Nigeria in the game, which began at 9:00 p.m. Nigerian time, and advance to their first Final. Morocco hosts the Women's Africa Cup of Nations in 2022. A goalless draw marked the game's conclusion in the first half. Rita Chikwelu gave the Nigerian ladies the lead in the 64th minute of the game, but Mossoudy tied the score in the 66th. After collecting red cards for Halimatu Ayinde and Rasheedat Ajibade in the 47th and 71st minutes, Nigeria was later down to nine players on the field. With the aid of VAR, Ajibade was given the red card.

The Super Falcons were resolute in their defense, holding the Lioness of Morocco with nine players from the 71st minute of the game until the 120th minute. The Super Falcons lost the game 5-4 on penalties after Onomonu missed one and Rosella Annie Ayane's kick earned Morocco a spot in their first-ever final of the Women's African Cup of Nations (WAFCON, 2022).

On Saturday, Morocco will compete against the South African Bayana Bayana.

Content created and supplied by: Samab (via Opera News )