What innocent-seeming picture is actually heartbreaking?

By Universerjobs (self media writer) | 1 year ago

Kevin Elliott was a private in the British Army. He was given a two week leave, he told his best friend, Barry Delaney, he was scared to go back to Afghanistan. They remembered a promise they had made to one another a few years earlier.

Wriggling into the £4.99 Primark dress, Barry Delaney never paused to consider what others might think. He and his best pal Kevin Elliott had made a pact and that was all that mattered. See more pictures 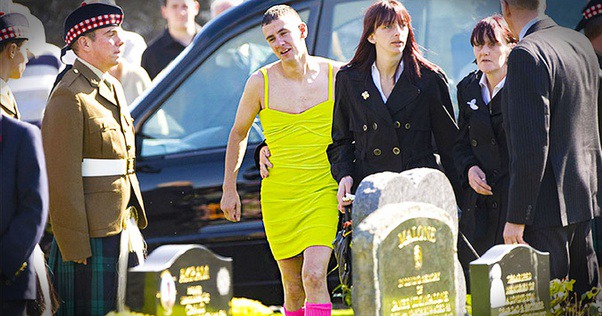 The mourners at a funeral in Dundee, Scotland were shocked to see a man wearing a bright neon dress among the mourners. Upon learning the reason why, (some of) the mourners’ initial shock gave away to unbridled grief.

Their deal was, whichever of them died first—the other would wear a pink dress with green spots to the funeral.

Earlier that year, friends Barry Delaney and Kevin Elliot had met during a regular evening in Delaney’s apartment to swig a few drinks and catch up. Elliot had been on a break from his tour to Afghanistan as a member of the British Army.

During the course of the evening, Elliot had told Delaney that he was terrified of the prospect of going back to Afghanistan and that he feared he may not return from his posting at Helmand if he went back. However, Delaney had chided him that he better come back because of a pact the duo had made 3 years earlier - Delaney would wear a dress, the brighter the better, if Elliot was killed in action.

The two friends did not know how soon their pact would be realized. Just 6 weeks after that evening’s events, Elliot, who was a Black Watch infantryman, would be killed in an ambush. 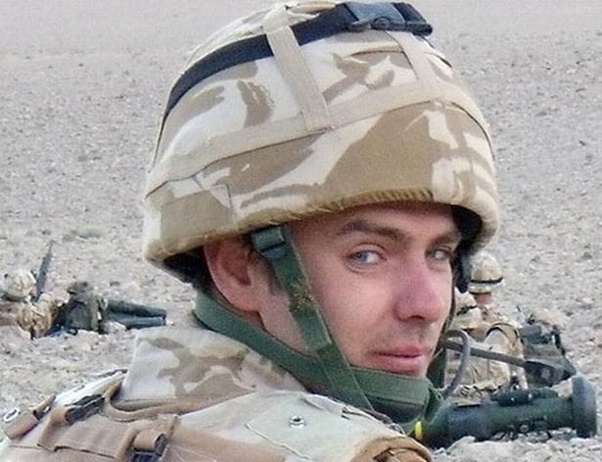 A few weeks later, at Elliot’s funeral, a heartbroken Delaney would keep his word and don a neon dress from Primark and knee-high socks to keep his promise.

Most of the people in attendance were ware of the friends’ pact and were sympathetic to the massive loss suffered by Delaney.

The pain of losing love one's

Right now, following the death of your loved one, it feels as if your heart is—to one degree or another—broken. There are times when the heartache is unbearable and other times when you don't even think you can get out of bed. So, what can you do to help yourself heal?

You begin healing, not by doing everything you can to avoid the pain of grief; but by focusing your attention on the task of mourning. And because grief work is hard, you'll need to rest whenever you can. Through this cycle of attentive mourning, you can find your way through your grief, healing your broken heart along the way.