An 80 year old grandmother has been reported dead after she was trapped in a building that collapsed on Tuesday morning in Akure, the Ondo state capital.

According to her son, Benson Olom who was occupying the house alongside his wife and four children, they were trapped in the rubbles for several hours before they were rescued by residents within the vicinity as officials of the state government did not show up on time. 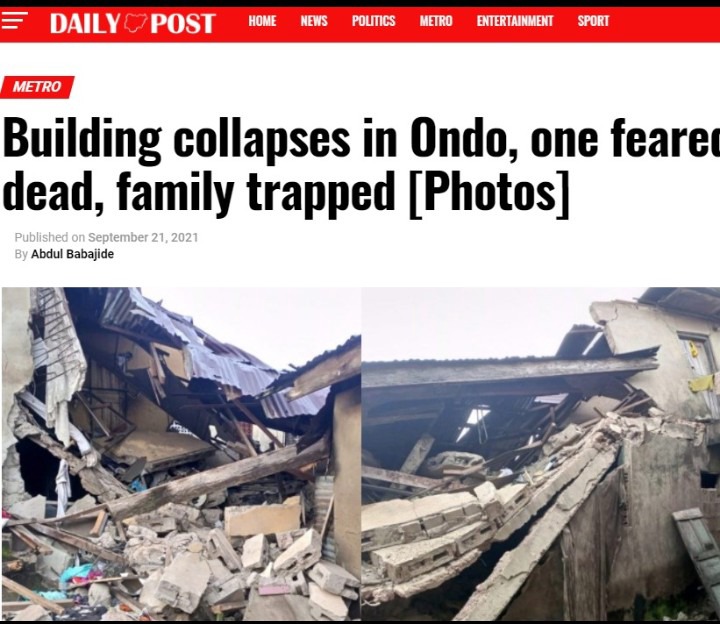 But his mum who was staying with him was not lucky to come out alive due to the length of time it took before help could come their ways.

However, Mr. Olom who claimed his family were injured from the incident pointed accusing fingers to the house owner, saying it was his selfishness that caused what happened and led to the death of his mother. 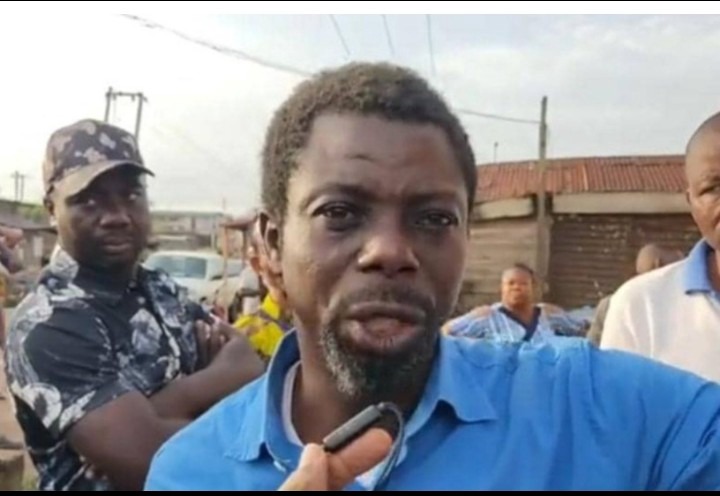 Explaining what happened, he disclosed that the landlord had tampered with the beam of the building with the aim of redesigning the ground floor to a room and parlour. This was done to enable him accommodate more tenants that will yield more money not minding the deadly risk it would pose on the occupant residing on the upstairs.

Mr. Olom noted that he once confronted the landlord and reminded him the danger of the redesigning and restructuring exercise being a story building. He told him that tampering with the ground floor of a story building can be very disastrous considering the fact that people reside on the upper floor. 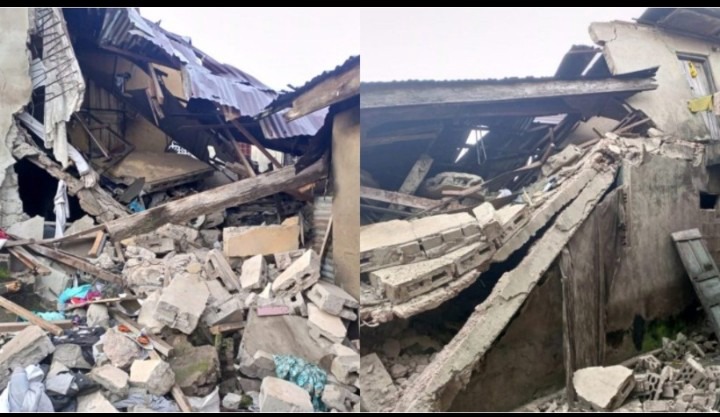 The landlord turned the deaf hears to his warning and eventually, the disaster they tried to prevent happened. Olom and his family who occupied the story building were the ones who suffered the consequence. They were all trapped in the collapsed building and by the time they were rescued, his aged mother couldn't make it.

This is a big lesson for every landlord who allows greed to overshadow their sense of judgement. Many landlords do not care the implication of their actions on their tenants as long as it does not affect the flow of income to their pocket. No matter the correction, admonition or advise given by anybody, they will never listen. 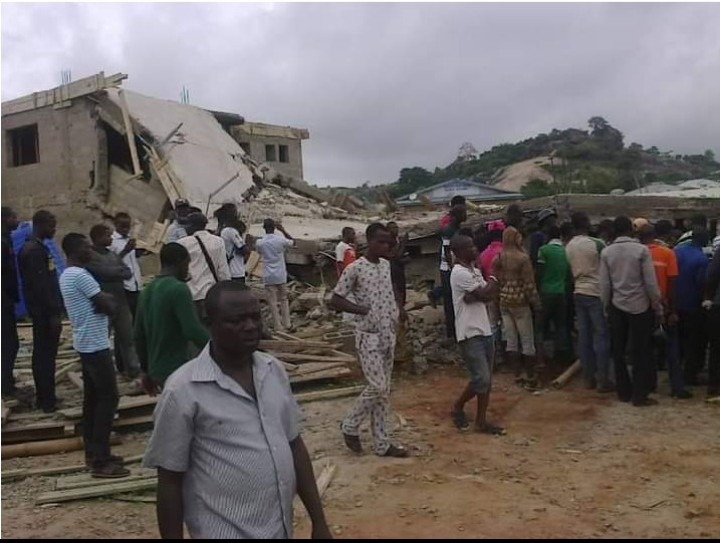 It was this greed and selfishness that led to the death of the 80-year old grandmother and rendered an entire family homeless on Tuesday.

This should be a call for concern for every landlord. It is also hoped that the state government can take up the matter and use him as a deterrent to other greedy house owners like him. 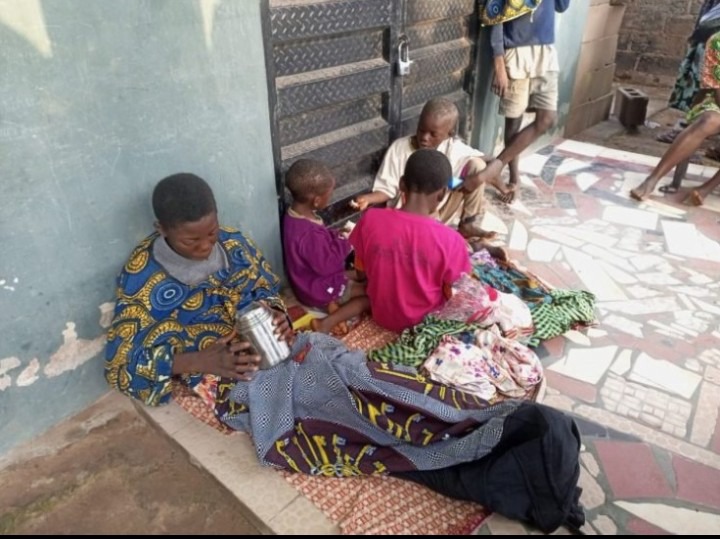 Remedies to get soft feet