The French Club has suffered a major injury blow ahead of their Ligue 1 clash with Metz on Wednesday. 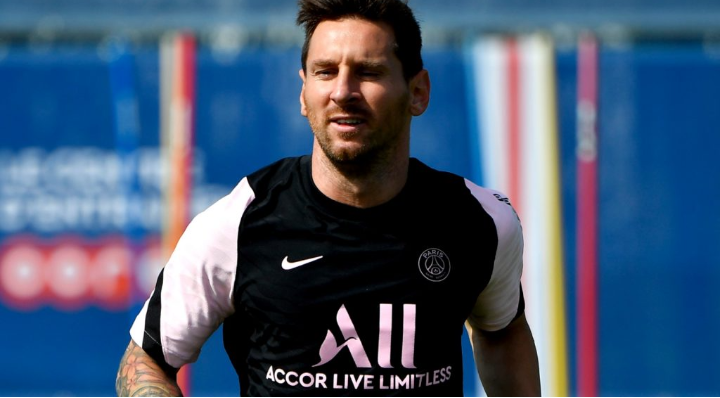 Paris Saint Germain confirmed this in a statement on Wednesday that their player, Messi, sustained an injury ahead of the Metz clash.

The statement read, “Messi, who took a knock to his Right knee against Lyon, underwent a test on Tuesday morning, which confirmed signs of bruising of the bone. A follow-up examination will be carried out in the two days.”

The Argentine coach stressed in his post-match remarks that he was trying to prevent his compatriot from picking up a knock and his move may have been the right thing to do since Lionel was reportedly suffered from a knee injury.

According to Macra the Argentine forward was touching his knees and making "a few circular motions" to test them during the game.

When the manager and his coaching staff asked him if he was okay, Lionel reassured them that he could continue playing, but the pochettino decided it was time to replace his player.

A stunning deal took Lionel Messi to Paris from Catalonia over the summer, with his contract at Barcelona expiring.

Big things were expected of him in Paris Saint Germain especially as he was linking up with former Brazilian star and World Cup winner Mbappe.

The Argentina international was eased into the French Club fold on the back of Copa America-winning exploits with Argentina, with just 30 minutes of game time seen before the August international break.

Messi now has just 166 more to his name, across UEFA Champions League and Ligue 1 outings, and continues to wait on his first goal for PSG.

The Argentine coach saw his side battle with Lyon and he will shuffle his pack against Metz.

Verratti is edging his way back into contention from a knee injury that has forced the Euro 2020 winner to sit out four games so far.

How To Prevent Pain While Wear High-Heels

Don't Drink Your Tea When It Is Very Hot, It May Cause Cancer