By Garbxtpen (self media writer) | 25 days ago 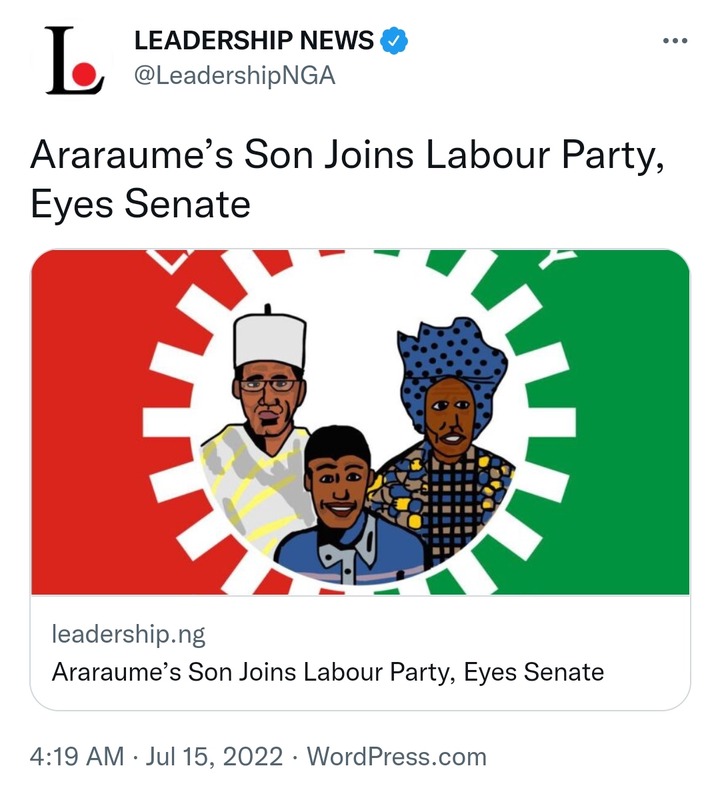 The son of Senator Ifeanyi Araraume, a chieftain of the All Progressives Congress (APC) Ifeanyi Araraume Jnr, has defected to the Labour Party (LP) after losing the Peoples Democratic Party (PDP) Slsenate ticket to run for the lmo North Senatorial zone in 2023.

The younger Ararume, who served as commissioner for commerce industry, and tourism under Governor Rochas Okorocha’s administration, dumped the PDP after losing the bid to pick the party’s senatorial ticket.

He indicated interest to contest election under the platform of LP and expressed commitment to carry out responsibilities of the office when elected. 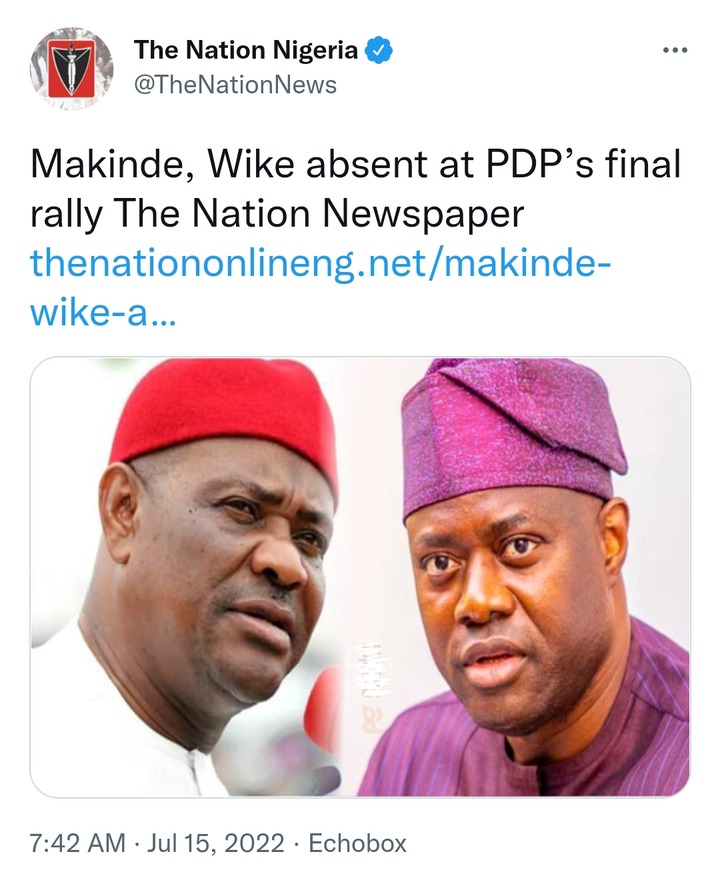 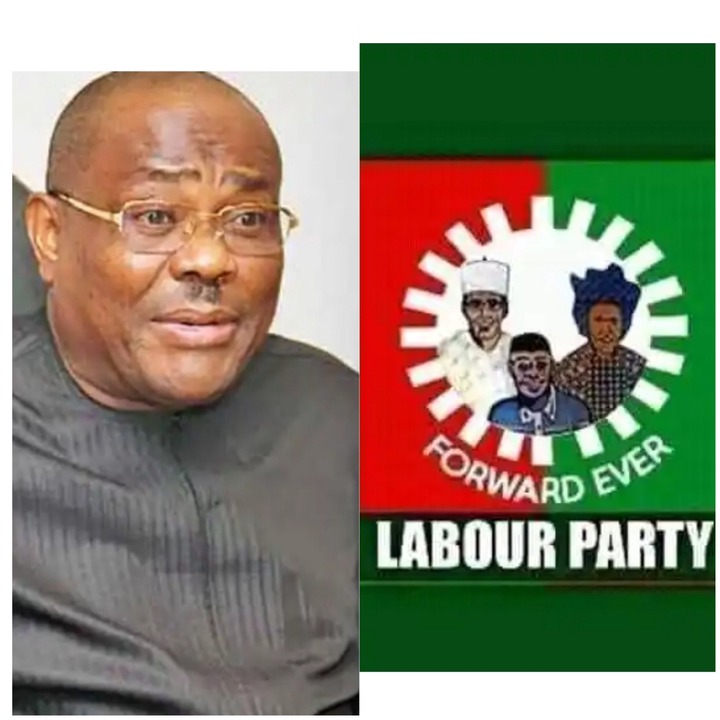 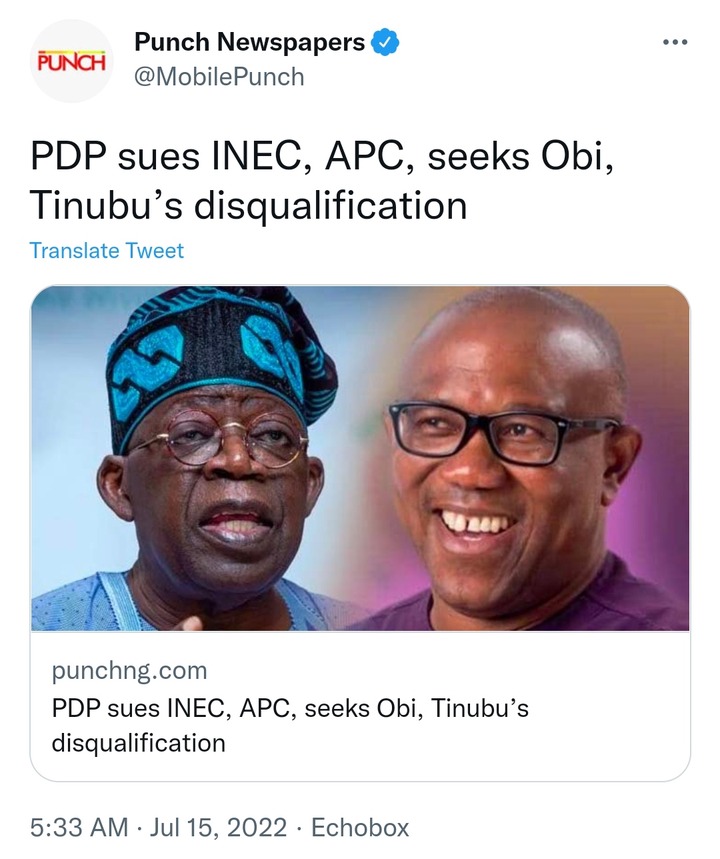 The Peoples Democratic Party, PDP, has gone to seek the disqualification of Peter Obi of the Labour Party and Asiwaju Bola Ahmed Tinubu of the All Progressives Congress, APC, from contesting the 2023 presidential election.

The PDP wants the court to stop the two candidates from naming Senator Kashim Shettima and Senator Datti Baba-Ahmed, respectively as their running mates.

The main opposition also asked the court to declare that Tinubu and Obi be disqualified unless they contest alongside Okupe and Masari, respectively. 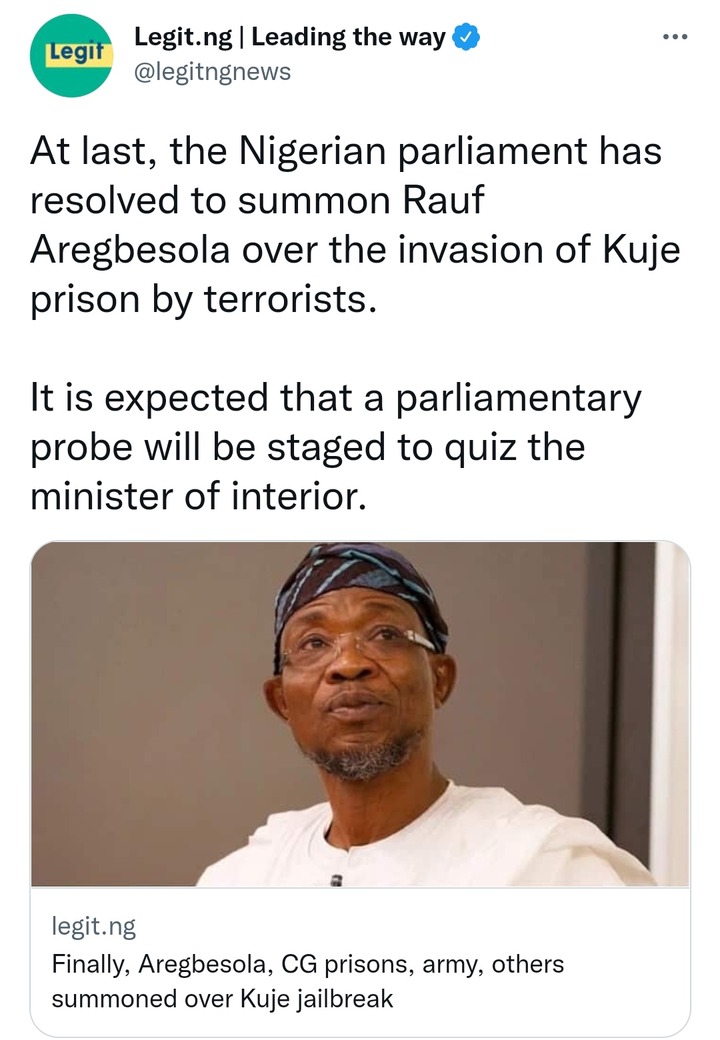 The House of Representatives has ordered the minister of interior, Rauf Aregbesola to appear before the green chamber over the Tuesday, July, 5 jailbreaks at the Kuje correctional facility in Abuja. As reported by the Nigerian Tribune, the comptroller-general of the Nigerian Correctional Service (NCoS), Haliru Nababa has also been summoned by the green chamber to be quizzed over the gruesome attack at the Kuje prison facility.

This development was made known by the chairman house committee on correctional service, Anayo Edwin during a visit to the prison facility.

Legit.ng gathered that the lawmaker expressed concern over the incessant attack on several Nigerian prison facilities across the country.

He also mentioned that there is a need for the army commander in charge of the troops on duty on the night of the attack to appear before the green chamber.