Mazi Nnamdi Kanu: The General Who Is Afraid Of The Warfront

By IniMorgan | self meida writer
Published 20 days ago - 7786 views 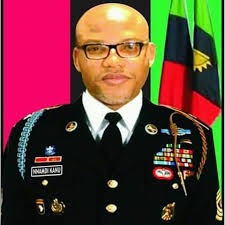 It is proverbially said that "empty vessels make the most noise" and this saying, in this opinion, seems relative to the command style in the leadership of the IPBO by Mazi Nnamdi Kanu. When Mazi Kanu was arrested in Lagos and taken into custody at the Kuje Prison, in Abuja, this opinion followed that event as the best opportunity the Biafran apologist had to prove his mettle as a seeker of secession from Nigeria.

There are other men and women across Nigeria, who, though may not seek to secede from Nigeria, have fought to demand respect for their people in the county by other Nigerians. The recent and similar issue on our hands as a nation, is orchestrated by a South West activist, Sunday "Igboho" Adeyemo.

This article is therefore written to appeal to those who have allowed themselves to be led by a fugitive leader who is completely diasporan, into attempting to cause security breaches, and challenges to scuttle prevailing security measures put in place across South East Nigeria, to retrace their steps and to rethink their decision in allowing a diasporan leader whose stay away from home stretches the beneficial outcome of the struggle. Wariness should begin to set in already for his followers. 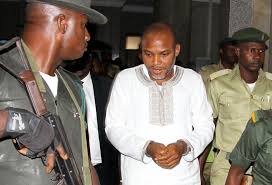 Until the Forum of the South East Governors can institute the enactment of the security laws to legalise the Eastern Security Network (ESW), it will be an illegal assembly of arms-welding criminals, just like the Boko Haram insurgents, the gangs of combat uniform-wearing killer herdsmen and bandits, who take the law of our land into their hands, like it is currently being done by Sunday Igboho. This advice comes on the heel of the contemporary regional struggles for political relevance in Nigeria.

Fortunately, the revered Islamic Cleric, the scion and the son of the founder of the Izala Movement in Nigeria, Sheik Ahamdu Abubakar Mahmoud Gumi, a few days ago, referred to how the agitation of the Niger Delta militants was handle by government, and the agitators were settled monetarily, with other allied opportunities provided alongside, and he recommended that the same measures be appropriated to tackle the menace of banditry in the North West - what a clever intervention. 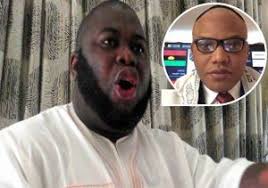 Mazi Nnamdi Kanu cannot take Biafra out of Nigeria from another country, except if he wants to take it by the force of war. But if he intends to take Biafra out of Nigeria without a war, it will be at a roundtable talk that will begin from his returning to prison in Kuje. He is a fugitive. Here is where I think he needs to start showing the signs of leadership and that of a General commanding an army: he needs to clear out his tag as a runaway soldier. He had the best opportunity to ask for his "rights" while he was in the hands of the government but he is an unfortunate general who is afraid of the warfront.

Mazi Nnamdi Kanu will never in his lifetime match the havoc that Abubakar Shekau has caused this country, but Shekau moves about within and without Nigeria, commanding his troops from his headquarters in a forest. When Mujahid Asari Dokubo and King Ateke Tom undertook the Nigeria Delta militancy, they led their troops from the Nigerian creeks. 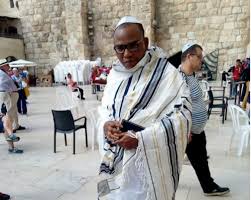 While not encouraging anyone to be lawless, those who have volunteered themselves into serving in the Eastern Security Network (ESN), the creation of Mazi Nnamdi Kanu, need to ask him to return and lead them into the forests of the South East, and issue his commands them from there and negotiate with the South East Governors to support the legalisation of the Eastern Security Network, like the South West did with Amotekum and some states in the North have the Hisbah Forces.

Terwase Akwaza of the Benue State Gana fame, and Don Waney of the Rivers State cult fame, operated within the country, and died in the various battles like brave Generals. And quite recently, Sunday Igboho is doing his thing and everyone seem to be careful with him. Why is Mazi Nnamdi Kanu such a big and loud coward? 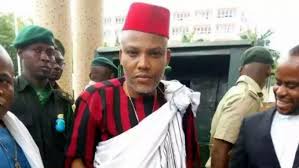 It is not enough for Mazi Nnamdi Kanu to set up a few transmitters, strong enough to reach a small section of South East Nigeria, using his reach to vomit hate soeeches and inciting citizens to insurrection against Nigeria and her people. Members of the ESN who have so constituted themselves, need to either disband themselves for the lack of leadership, or choose a locally base leadership for themselves to interact with the Governors of the South East. No one can imagine how much wealth Mazi Nnamdi Kanu has used these volunteers to amass, in terms of hard money, for himself.

jumia treasure hunt 2019 loom ponzi scheme nigeria mbet result of kogi election senator styles for men
Opera News is a free to use platform and the views and opinions expressed herein are solely those of the author and do not represent, reflect or express the views of Opera News. Any/all written content and images displayed are provided by the blogger/author, appear herein as submitted by the blogger/author and are unedited by Opera News. Opera News does not consent to nor does it condone the posting of any content that violates the rights (including the copyrights) of any third party, nor content that may malign, inter alia, any religion, ethnic group, organization, gender, company, or individual. Opera News furthermore does not condone the use of our platform for the purposes encouraging/endorsing hate speech, violation of human rights and/or utterances of a defamatory nature. If the content contained herein violates any of your rights, including those of copyright, and/or violates any the above mentioned factors, you are requested to immediately notify us using via the following email address operanews-external(at)opera.com and/or report the article using the available reporting functionality built into our Platform