Joe Igbokwe: FFK's Membership Registration With The APC Is Far More Important Than His Presidential Reception

By IniMorgan (self media writer) | 1 month ago 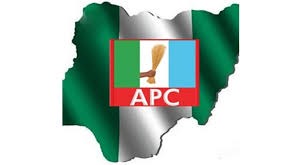 I remember when Senator Godswill Obot Akpabio indicated his interest to defect from the main opposition Peoples Democratic Party (PDP) to the ruling All Progressives Congress (APC), how he was vehemently resisted by almost all the elders, and major stakeholders of the party in Akwa Ibom State. He only found validation with the Elders of the party in the State after he had successfully visited Asiwaju Bola Ahmed Tunubu, and was cleared to meet with President Muhammadu Buhari, while Mr Presìident was recuperating from his medical observation at the "Nigeria House" in London.

It was after these meetings that Senator Akpabio was received at the Ikot Ekpene Township Stadium by the National leadership of the party, forcing those who resistd his defection in Akwa Ibom to receive him by force. Interestingly, on the day he was received into the Party, the then National Chairman of the Party, Comrade Adams Oshiomhole, announced him the leader of the party in the State. That is how party politics works at some point.

I therefore understand the disgust of Mr Joe Igbokwe concerning the defection of Mr Femi Fani Kayode into his party, and why his hosting by President Muhammadu Buhari was seen by Mr Joe Igbokwe as unmerited. 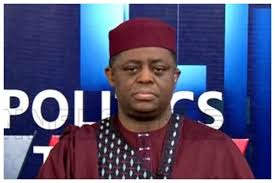 Both Joe Igbokwe and Mr Femi Fani Kayode are members of the APC in South West, Nigeria. As Senator Akpabio was seen as an implosionable material in the APC in Akwa Ibom State, so is Femi Fai Kayode seen as such a material in the APC in the South West. Where Mr Joe Igbokwe is coming from can clearly be understood by this fact, especially as Mr Femi Fani Kayode is seen, in some quarters of the ruling party, as a bad debt.

Though an Igbo man from the South East geopolitical zone of Nigeria, Mr Joe Igbokwe applies his political trade in the South West State of Lagos. He is a major player in the APC in Lagos State, in the South West, the region where Mr Femi Fani Kayode hails from.

However, what was lost to Mr Joe Igbokwe, concerning the point he made, is the fact that though politics is local, those who are known to play ignominiously in the past, fear the rebounds of their notoriety, and avoid commencing their defections processes from their Wards. 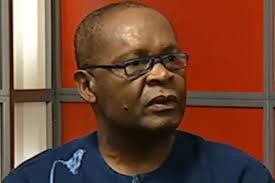 However, politicians like Godswill Obot Akpabio and Femi Fani Kayode prefer to be imposed on their people from outside their localities, fighting the structure-flow from bottom-up. I learnt that the bottom-up party-ownership approach of the APC was what President Muhammadu Buhari asked the incumbent leadership of the ruling party to pursue: what do we have?

Nevertheless, in party politics, the law demands that every party member registers in his/her Ward of origin, or in Wards in which he resides. The hosting of Mr Femi Fani Kayode by President Buhari is therefore not as important as his registration as a member of the APC in his Ile-Ife Ward. More than his visit to Mr President, what FFK must ensure is that his name is on the membership register of the APC in his ward.

Political party participation is the basic and fundamental rights of interested individuals, except where such an individual infringes on the laws and statutes of the party, and is disciplined, and/or excommunicated. No one is competent to hinder an interested individual desiring to join a political party from doing so. It is therefore the basic right of FFK to join the APC, and until he defaults in the laws of the party, his membership of the party cannot be hindered, and his hosting by the President remains the personal decision of Mr President. There is no law dictating Mr President's visitors.