'I don't have to prove myself in another league' - Lewandowski 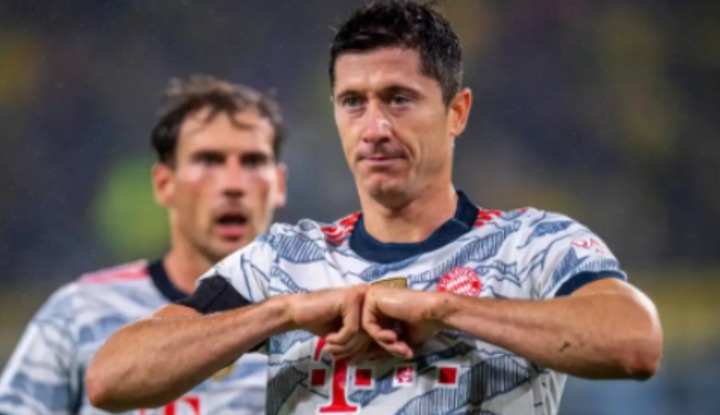 Bayern Munich forward Robert Lewandowski has claimed he doesn't have to prove himself in another league after picking up the 2020-21 European Golden Shoe.

The Poland international was strongly linked with a move away from Allianz Arena in the summer, but he remains fully committed to the German giants.

Having initially made his name at Borussia Dortmund before joining Bayern in 2014 on a free transfer, Robert is widely regarded as one of the best strikers of his generation.

The Polish has taken his game to even greater heights at Bayern Munich, with the 2020-21 season proving to be his best yet in terms of his overall contribution in the final third.

Despite missing a whole month of action due to injury, he scored 41 goals in 29 matches for Bayern last term in the league.

Lewy surpassed Gerd Muller's record for the most goals scored in a single German top-flight campaign in the process, and for the first time in his career, won the European Golden Shoe.

On Tuesday, he was finally presented with the award, and took the opportunity to clarify his commitment to the Allianz Stadium after a summer of transfer speculation.

He was linked with a move away from the Bundesliga giants, with Chelsea mentioned as his most likely destination amid rumours that he would benefit from stepping out of his comfort zone in the Bundesliga.

He said: "I don't have to prove myself in another league. I can compete with the best from other leagues in the Champions League."

"I am 100 per cent focused on Bayern Munich, I don't think about anything else but my team."