Ole Gunnar Solskjaer is a legend of the club he is currently managing, but the Norwegian manager is making a mistake, that is yet to be realized. Some of the Manchester United fans always claimed that, Ole Gunnar Solskjaer doesn't have a pattern of play, that's not true, every manager has his own style of play, but Ole might be killing the team with his own pattern. Ole Gunnar Solskjaer love to go with a 4-2-3-1 formation and he has been using it, since the start of the new season. Manchester United is a big team that has a lot of top talents and experience players, according to me, Solskjaer needs to switch to a 4-3-3 formation instead of his 4-2-3-1 formation. 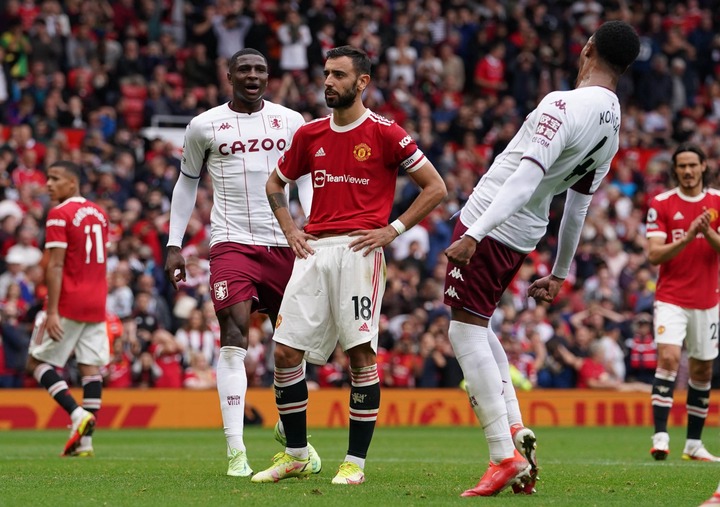 McTominay and Fred formed a pivot in the midfield against West Ham, if you look at the goal Manchester United conceded against the Hammers, you could see the huge spaces in the midfield that allows Benrahma to score the goal. Why is this space in the middle? Because of Ole's formation, if he uses a 4-3-3 formation with McTominay playing as a defensive midfielder, Manchester United will never concede this kind of cheap goal.

Manchester United conceded this goal from outside the box, similar to the Benrahma's goal, McTominay and Fred left a huge space in the middle, while Pogba is chasing him and Luke Shaw is covering Raphinha from the left. Solskjaer is stressing Pogba by playing him from the left wing, Paul Pogba never play this role for the France national team and that's the reason why he always has a good game. Manchester United need only one holding defensive midfielder, using Fred and McTominay at once will only get things worse. 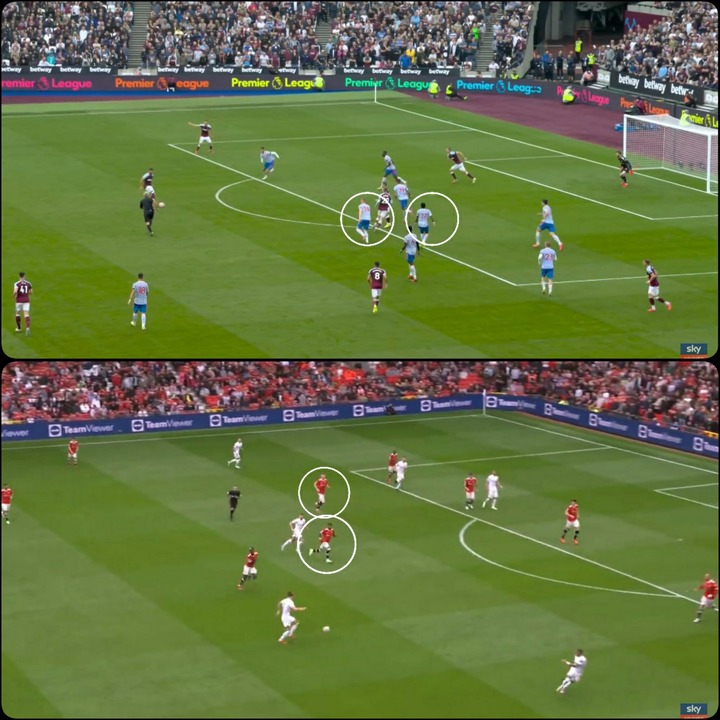