Opinion: Barcelona Need To Sign These 5 Players So That Lionel Messi Will Remain At The Club

Barcelona new projects have begun, and Barcelona's newly elected president Joan Laporta (who for the second time in the club's history is given the opportunity to lead and make positive changes at the club - which is in dire need of positive leadership), has already taken some drastic measures to see how he can turn things around for good at the club.

The club, which is struggling financially since the Coronavirus Pandemic disrupted football activities, had made some decisions under the leadership of former president Bartomeu, and the decisions he had made have not taken Barcelona out of the mess they currently find themselves.

There are four major new projects Barcelona's newly elected president Joan Laporta have in mind in his six years in office, and the projects are, the restructuring of the La Masia and promotion of quality young talents who have been impressive at the academy to join the senior team; the strengthening of a weak Barcelona team that have failed to dominate in Europe in the last six years; the replacement of Luiz Suarez with a top striker, possibly Erling Haaland; and lastly to make Barcelona financially buoyant again, after the Coronavirus Pandemic exposed their financial struggles, with debt rising to over €1 billion.

But while Barcelona are struggling to solve major problems at the club, their manager Ronald Koeman has failed to 'impress' at the club since he was appointed manager of Barcelona in 2020. Though not his fault, because he wasn't given funds to sign new players for the club, and it cost the club the UCL title this season and they are trailing first-place team Atletico Madrid with one point on the LaLiga Santander table. 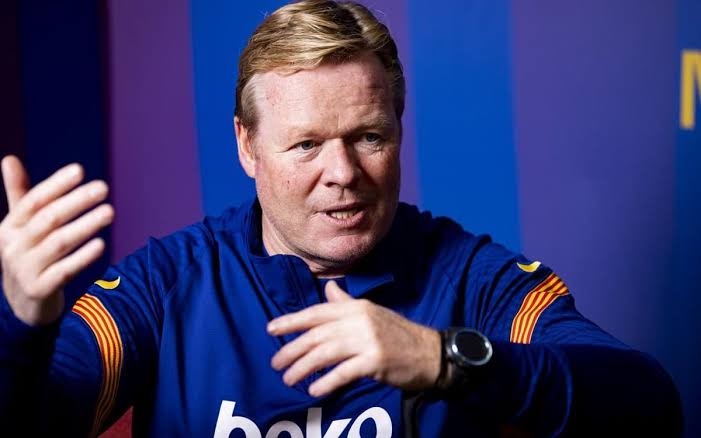 After Barcelona was humiliated 8-2 by Bayern Munich in the 2019/ 2020 UEFA Champions League campaign, Lionel Messi became so fed up with Barcelona and its hierarchy, as he tried to leave Barcelona in the last summer transfer window and also tried to invoke the release clause in his contract that allows him to leave for free at the end of every season, after Barcelona placed a ridiculous price tag of €700m on him. But since then, having less than 3 months to go on his current contract, the Barcelona striker has refused to sign a new contract that will keep him at the club for seasons to come, as a reunion with Pep Guardiola at Manchester City draws near.

But while the president of Barcelona is struggling to keep Messi at the club, he can make him stay by signing these 5 players to the club, Sadio Mane, Christian Eriksen, Aymeric Laporte, Erling Haaland and Thiago Alcantara.

Although Barcelona are looking forward to building a new team around young talents, there is a need for them to sign some players who are at the top of their game in European football.

Having been a player of Barcelona since 2008 and making over 600 competitive appearances for the club, Sergio Bouquets, who is known as a "one-club man", is struggling to be at his best for the club, though age factor is considered, the club is now willing to let the defensive midfielder leave after he failed to stabilise an unsettled Barcelona defense under Ronald Koeman.

In 2011, Thiago Alcantara signed a new deal with Barcelona and fans were hoping that the player will be a perfect replacement for either Andres Iniesta, Xavi Hernandez and Sergio Bouquets if any one of them leaves, but it was Thiago Alcantara who left in 2013 to join Pep Guardiola at Bayern Munich. Ever since the midfielder has had major breakthroughs for the German sides (Bayern Munich) and the English sides (Liverpool).

With Ronald Koeman looking for a way to strengthen his defense at Barcelona, the Dutch coach has been tipped to sign Georginio Wijnaldum, the Liverpool midfielder, who has been reluctant to leave for the Spanish giants. Instead of Barcelona signing Gini Wijnaldum, they should sign one of their very own Thiago Alcantara. 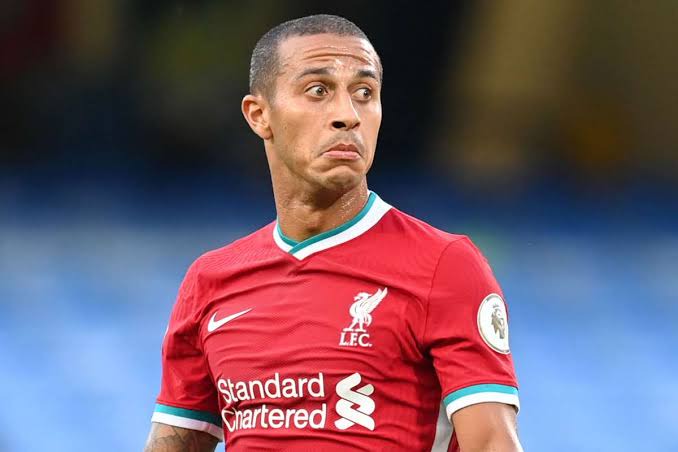 Though the centre-forward is a playmaker he has been very effective as a defensive midfielder for his current club Liverpool. And Ronald Koeman, who prefers the 4-2-3-1 formation, could use Thiago Alcantara as one of his defensive midfielders and will get the best out of him.

The Senegalese winger, who has been one of the greatest players of Jürgen Klopp's Liverpool is widely praised by many football lovers for his strength in attack and his partnership with Roberto Firmino and Mohammed Salah to form a formidable attacking force. 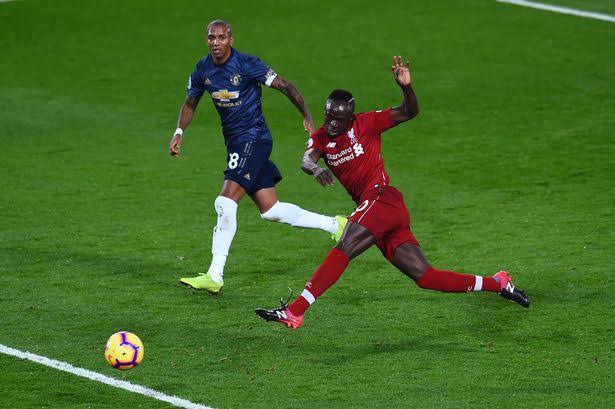 The search for Luis Suarez replacement is still on, and with a price tag of €180m on one of Europe's top sensational striker Erling Haaland, Barcelona are closely monitoring the state of things concerning his transfer amid interest from Manchester City, PSG, Real Madrid and Chelsea, and how they could win the bidding war against all other clubs, which are interested in the player's signature. 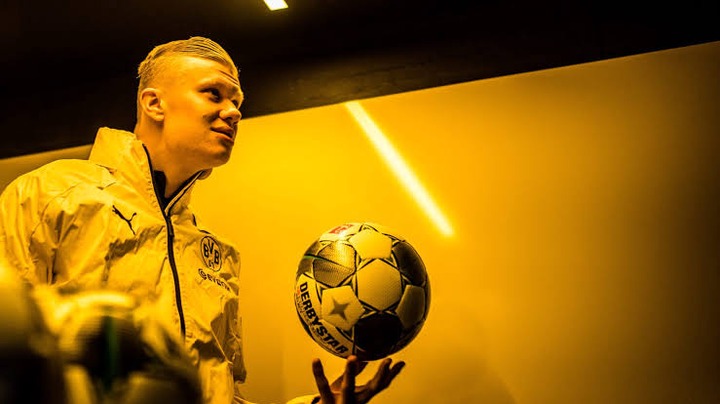 The Norwegian striker, who is recognised for his explosive acceleration and pace, strength, positioning and precise of the ball movement, often runs in behind defenders to find ideal positions to score. He is also a team player who could partner with the 'selfless' Lionel Messi to achieve great success for the club.

And Ronald Koeman preferring the 4-2-3-1 formation at the club, the Norwegian striker will be able to perform as a lone striker just Luis Suarez and Robert Lewandowski.

After joining Athletic Bilbao in 2010 at the age of 16, the French defender made 220 appearances for the club and score 10 goals before Manchester City signed him in 2018. 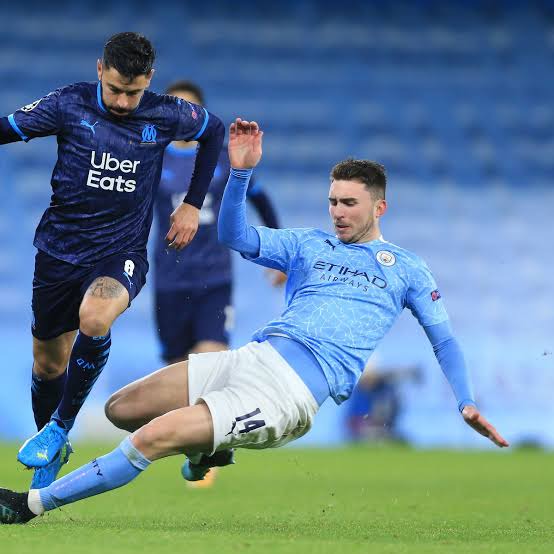 His eight years of experience in the LaLiga is enough reason why Barcelona need to sign Aymeric Laporte to strengthen a weak defense full of aged and inexperienced defenders.

Inter Milan attacking midfielder Christian Eriksen, who is described as a "classic number ten" in the media is well known to be a tactically intelligent and also a versatile player, who is capable of playing as a centre-midfielder. But Ronald Koeman, who prefers the 4-2-3-1 formation can use the attacking midfielder as a second striker, which at the end will deliver great results in return.

He is also gifted with excellent vision, crossing accuracy, set-piece delivery, passing range and ability to read the game, as well as good balance and coordination. Ronald Koeman will enjoy all these gifts of the Danish midfielder if Barcelona sign him.

Barcelona who could still win the LaLiga Santander this season, need to strengthen their weak squad to help them win their first UEFA Champions League trophy in six years.

Content created and supplied by: Ellison25 (via Opera News )