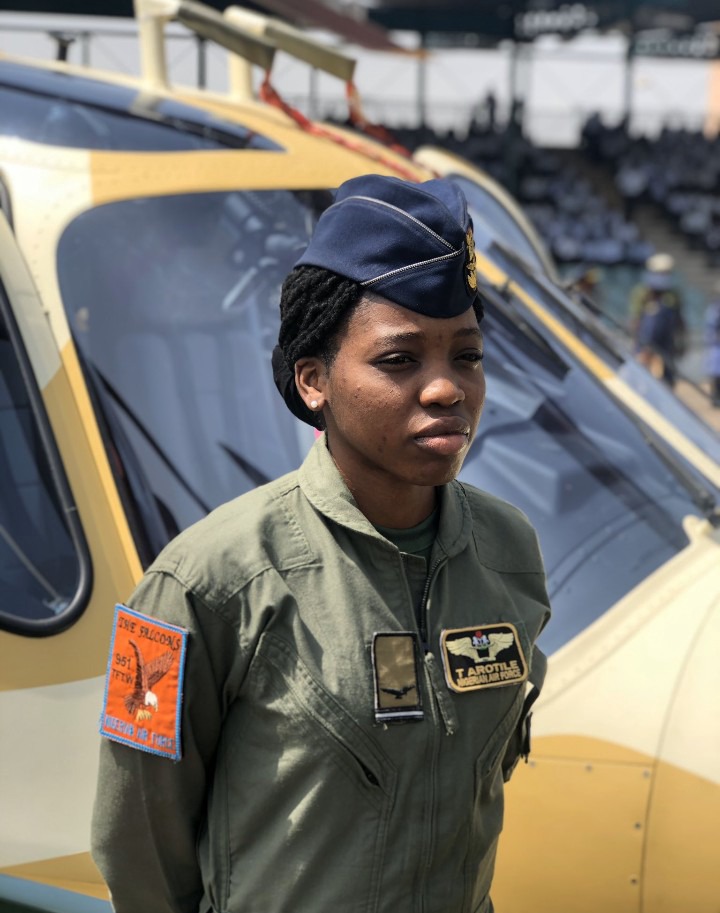 Damilola Adegboye, the immediate elder sister of Tolulope Arotile, the first female combat helicopter in the history of Nigerian Air Force, says the family is not convinced that she died in a freak accident and demanded a full-scale investigation into the cause of the accident.

The Nigeria Air Force had released a statement saying Tolulope, 25, died when she was inadvertently hit by the reversing vehicle of an excited former Air Force Secondary School classmate while trying to greet her.

Tolulope Arotile who died on Tuesday, July 14, allegedly sustained head injuries that led to her death.

Adegboye who spoke with Punch, wondered how the reverse of a vehicle could kill a person in such a manner. She further explained how Tolulope felt reluctant to go out after she had received a call, but offered to drop her off.

She said, "We in the family are not convinced that Tolu can just die like that is a freak accident. I know that the military is well trained in the art of investigation, we want them to carry out a thorough investigation that can convince us beyond all doubts that the incident that led to her death was real".

She said on the day of the incident, she and Arotile was sleeping in a room before she received a call. "A call came into her phone which she picked but from the way they spoke, I knew the caller must be a senior officer calling her to come to Air force base". She felt reluctant and I offered to drop her off.

Adegboye, explained that one hour later, she read online that something serious had happened to her. 'I couldn't believe that somebody I just dropped off is dead'.