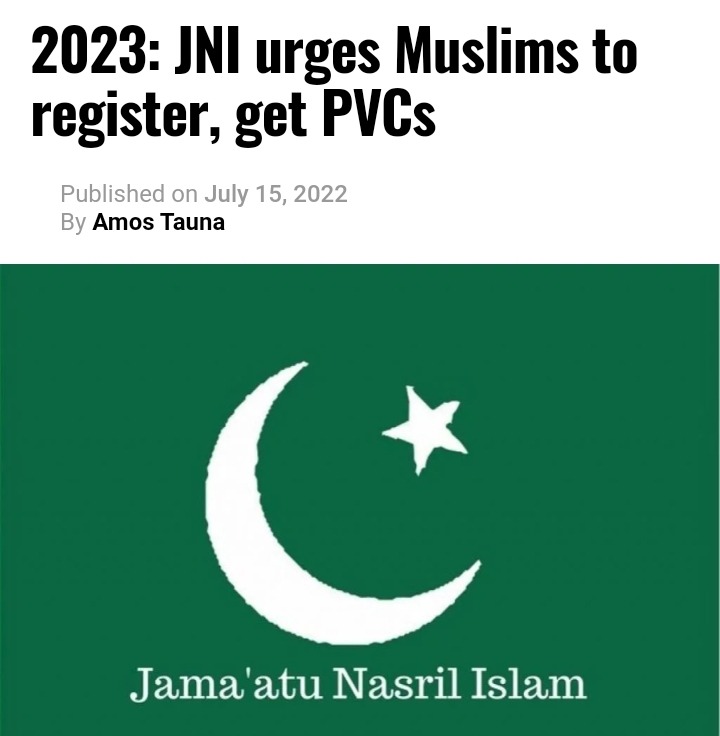 The Jama’atu Nasir Islam (JNI) has enjoined Muslims to ensure they register and get their Permanent Voter Cards (PVCs) in readiness for the 2023 general elections in the country.

Sheik Khalid Aliyu, Secretary-General of the group, made the call in Jos and appealed to those that have not collected their PVCs, saying it is only with their PVCs that they could cast their votes in next year’s elections.

He emphasized, “You cannot be making noise or blaming anyone if you don’t have PVC or vote during the election. If you are concerned about the insecurity and the economic hardship In the country, you must come out and vote during the election, as this is the only way you can shout if things don’t go they way they are supposed to go.” 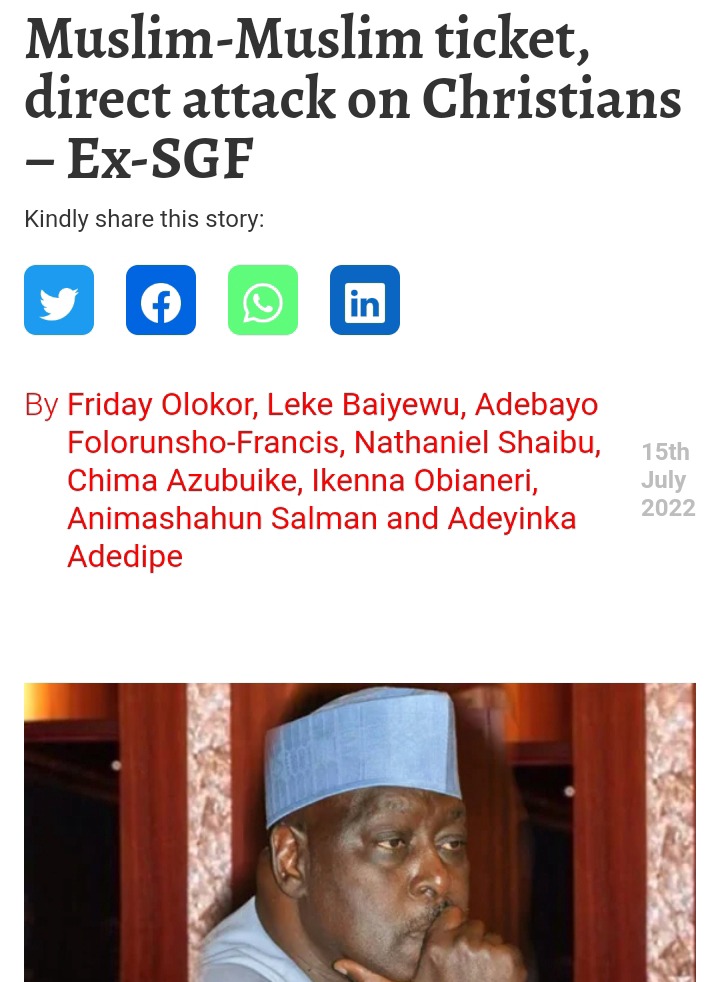 A former Secretary to the Government of the Federation, Babachir Lawal, has again condemned the decision of the presidential candidate of the All Progressives Congress, Bola Ahmed Tinubu, to run with a Northern Muslim candidate, Kashim Shettima.

He described the Muslim-Muslim ticket as a direct attack on Christians, noting that the party produced a Muslim presidential candidate and that most of the party officials are all Muslims.

This, he said, had resulted in an outcry by the Christian community in the party. 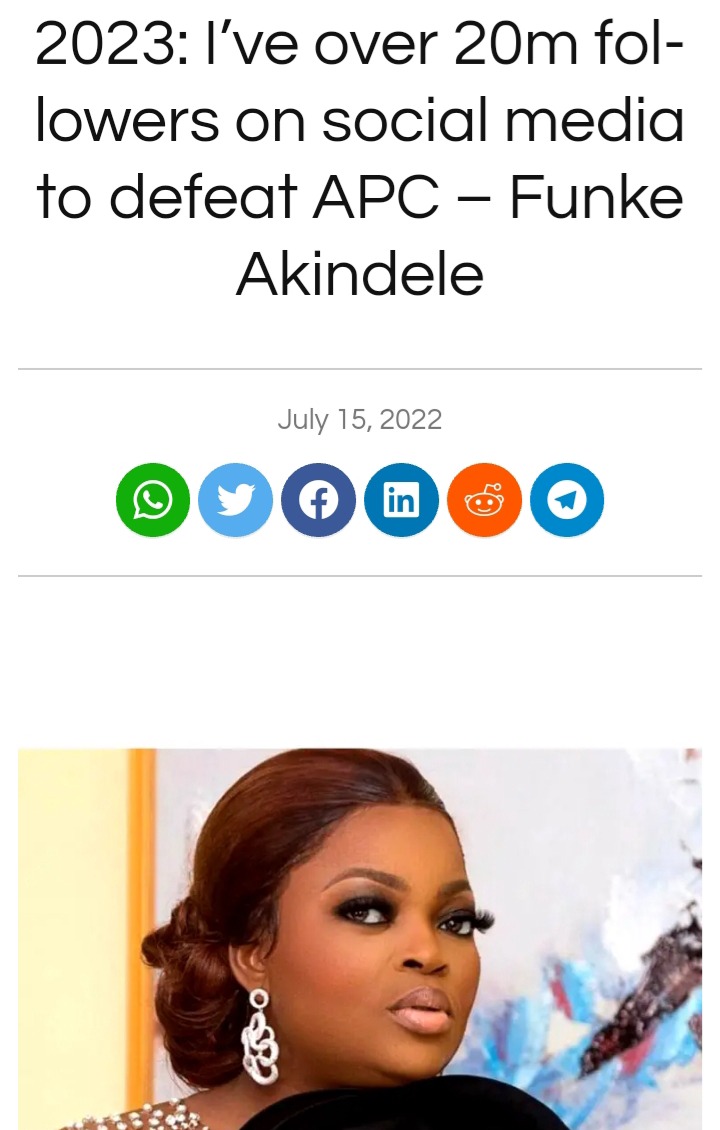 The Deputy governorship candidate of the Peoples Democratic Party, PDP, in Lagos State, Funke Akindele has revealed how her numerical strength on social media will help her defeat the All Progressives Congress, APC, in the 2023 election.

Funke is making the remarks in reaction to a statement made by APC that she (Funke) had nothing to offer as the PDP deputy guber candidate and that she would lose in the forthcoming election.

Asked how she plans to defeat the ruling party in Lagos, Funke in an interview with Channels Tv on Thursday said she has over 20m followers on social media who are ready to vote for her. 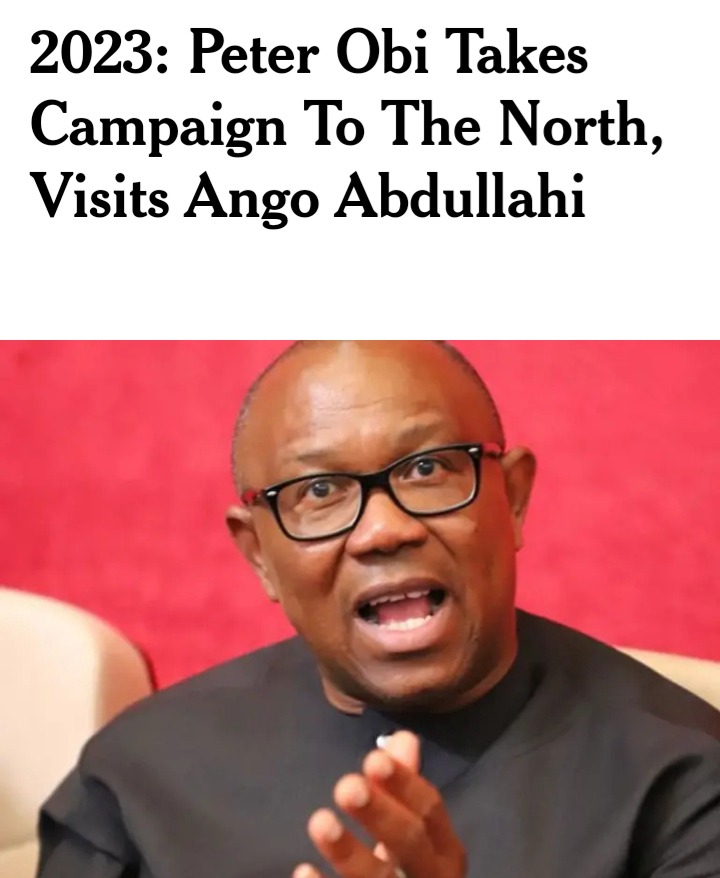 Presidential Candidate of Labour Party, Peter Obi, has taken his campaign to the Northern part of the country.

Obi, who has a large support base on social media visited the Chairman of Northern Elders Forum, Prof Ango Abdullahi. 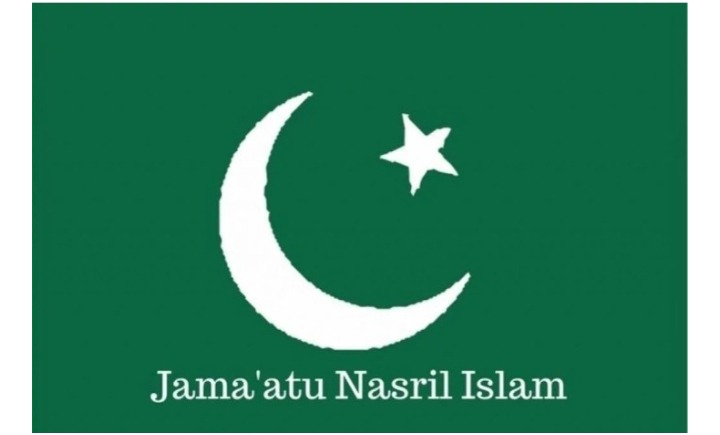 Content created and supplied by: Bime121 (via Opera News )