Only God can take my life, Tinubu reacts to death rumours- Tinubu 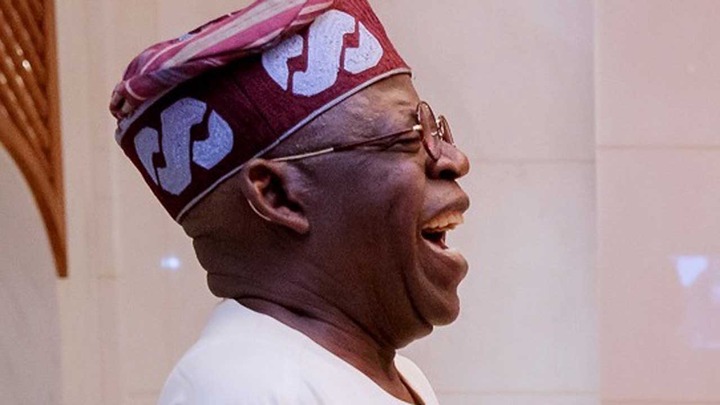 Bola Tinubu, the National Leader of the All Progressives Congress, claims that only God has the power to take his life.

This was stated by Tinubu at a welcome-back event held in his honor at the State House in Marina, Lagos, on Sunday.

Speaker of the House of Representatives, Femi Gbajabiamila; Lagos State Governor, Babajide Sanwo-Olu, and his deputy, Femi Hamzat; Speaker of the Lagos State House of Assembly, Mudashiru Obasa; and other APC leaders in Lagos were among those who attended the event.

"I'm a little choked up right now, but I'm happy." God is the source of life and the only one who has the power to take it away. And He (God) says that if I give you power and privilege in this life, I am the only One who can take it away if you don't use it in a way that benefits humanity. God has the ability to give power to anyone he chooses.

"It is the same God who has protected us and given us the opportunity." I praise God because I'm standing before you healthy, strong, and whole. Today is a happy day for me because I've planned this big event for today. We've gathered here to celebrate God. May God's blessings be upon all of you who are present. I appreciate it. I'm sorry, but I don't have anything else to say at this time. "Thank you all," Tinubu said to his political allies in attendance.

This is according to a video posted on Facebook by one of Sanwo-Olu’s media aides, Jubril Gawat.

"We have innumerable reasons to be grateful to God for sending Asiwaju back home, totally revitalized," Sanwo-Olu stated to the crowd.

We praise God for restoring you (Tinubu) to good health and increased vitality."

"The objective of evil-minded persons who propagate harmful gossip against our leader did not materialize," the governor added.

Tinubu returned to Nigeria on Friday after spending more than three months in London for knee surgery and treatment, according to punch publication.

Tinubu's health had sparked controversy in July while he was in the United Kingdom, and his Media Adviser, Tunde Rahman, had a busy time denying death rumors.

"Who is truly terrified of Asiwaju Tinubu?" Those who want Asiwaju Tinubu harm or death should exercise caution. They should know that only God Almighty has control over life and death," Rahman remarked angrily in a statement on July 31.

At least 30 lawmakers paid Tinubu a visit while he was in London, putting an end to the death rumors. The images from the visits had gone viral on social media, proving the doubters wrong.

Tinubu, who will be 69 years old in March 2021, has a sizable political following.

Despite the fact that Tinubu has not to proclaim his desire to run for government in 2023, there have been rumours and hints that he may be interested in the presidency.

Members of the House of Representatives from the north, led by Deputy Speaker Ahmed Wase, visited the former Lagos governor in London and endorsed his presidential bid for 2023.

Sanwo-Olu and other party chieftains in Lagos had launched the South-West Agenda 2023 the day before his arrival in Nigeria on Friday, a political movement aimed at rallying support for Tinubu's presidential bid in 2023.

Content created and supplied by: Press360 (via Opera News )