By ToluMartins (self meida writer) | 12 days

Recall that on the 23rd of April, 2021, a Yoruba actor, Olarenwaju James, aka Baba was arrested after he was caught red-handed molesting a minor who is just 14-year-old. After the Lagos State Police Command arrested the 48 years old man, he later confessed to the crime and the commissioner of police, Lagos state, CP Hakeem Odumosu has promised to investigate the case properly.

However, in a recent development, the mother of the foster 14-year-old girl that was molested by Baba Ijesha has released an Instagram video where she emotionally narrated everything that happened. 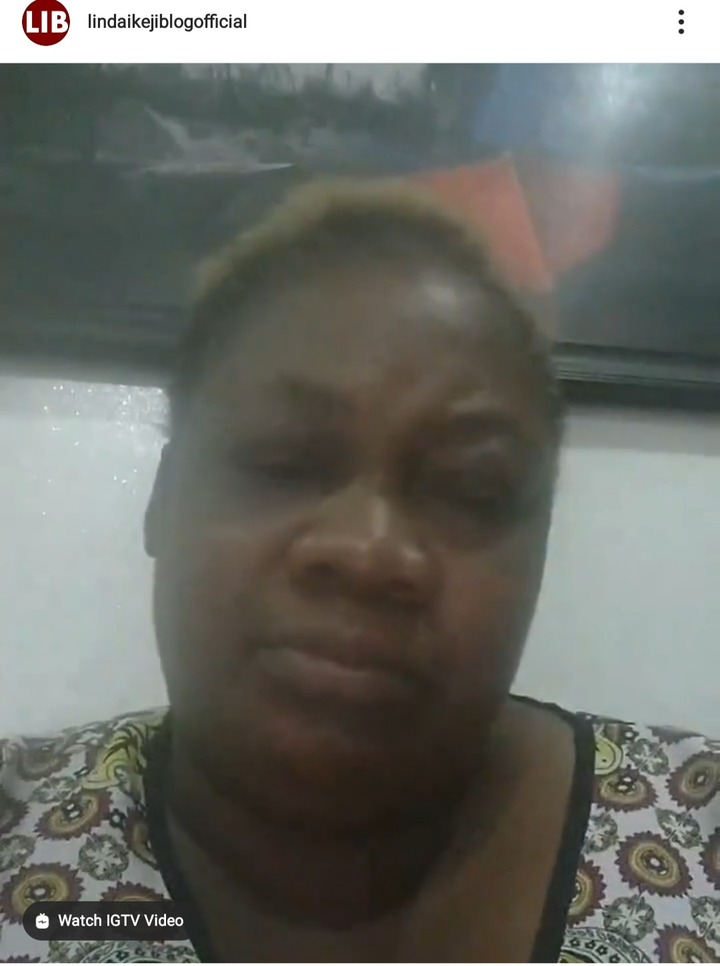 According to Comedian, Princess, she narrated that she has been going through a lot for the past few days ever since the incident happened and that she doesn't wish anyone should go through her pain. Princess said that, some years ago, she lost her baby and out of compassion, some parents in her area allowed their children to stay with her so that she won't feel lonely.

Comedian, Princess went ahead to say that, Baba Ijesha had challenges and he came to her for help, she did her best by registering him for a tutorial lesson, he sat for GCE and tried to get him into UNILAG.

She alleged that Baba Ijesha came to visit her on a particular day and her aunt was there with her foster kids, amid his visit, he molested one of the ladies and warned her not to tell anyone. She stated that the molestation caused an academic decline in the child.

After Princess discovered this, she decided to take steps in finding the truth. Then, later on, the 14 years old girl confessed by telling her and another individual what Baba Ijesha allegedly did to her.

She berated people who are accusing her of trying to "tarnish his image."

After she shared these videos, Nigerians have been voicing out their opinions:- 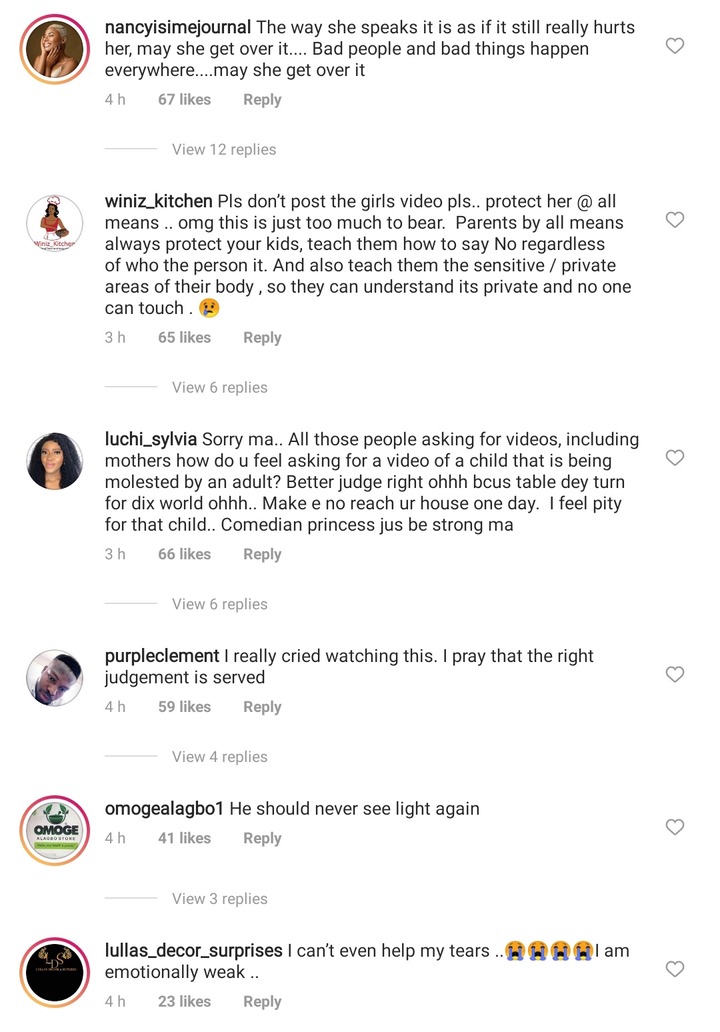 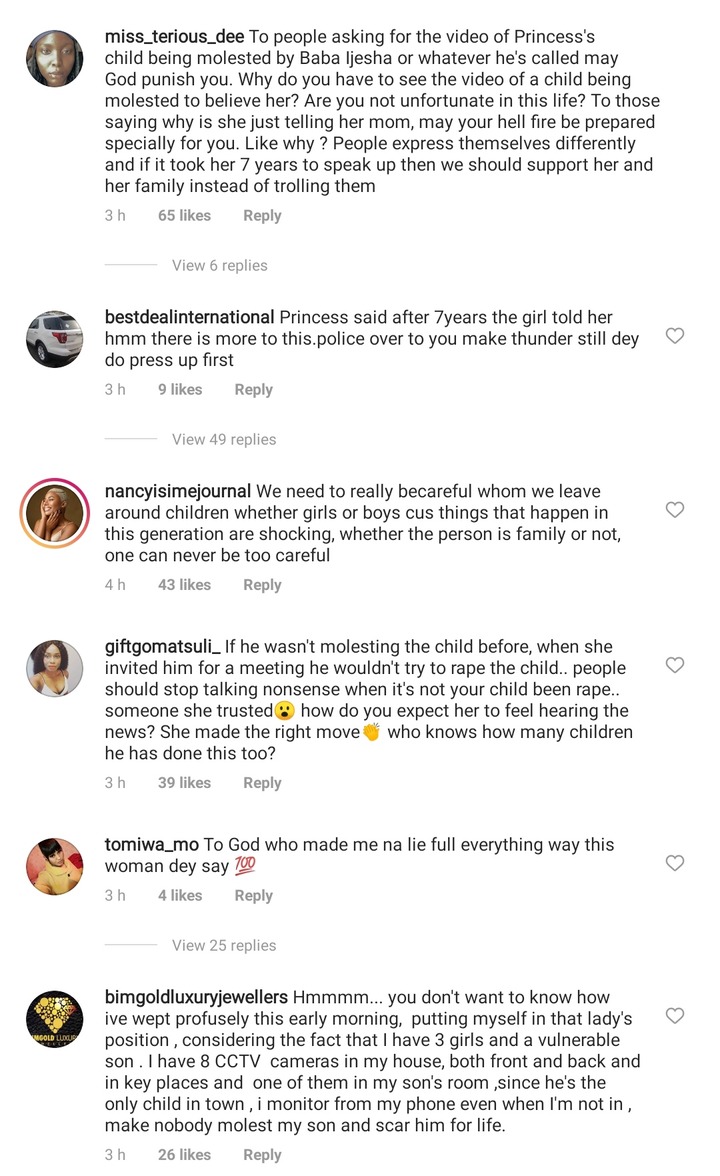 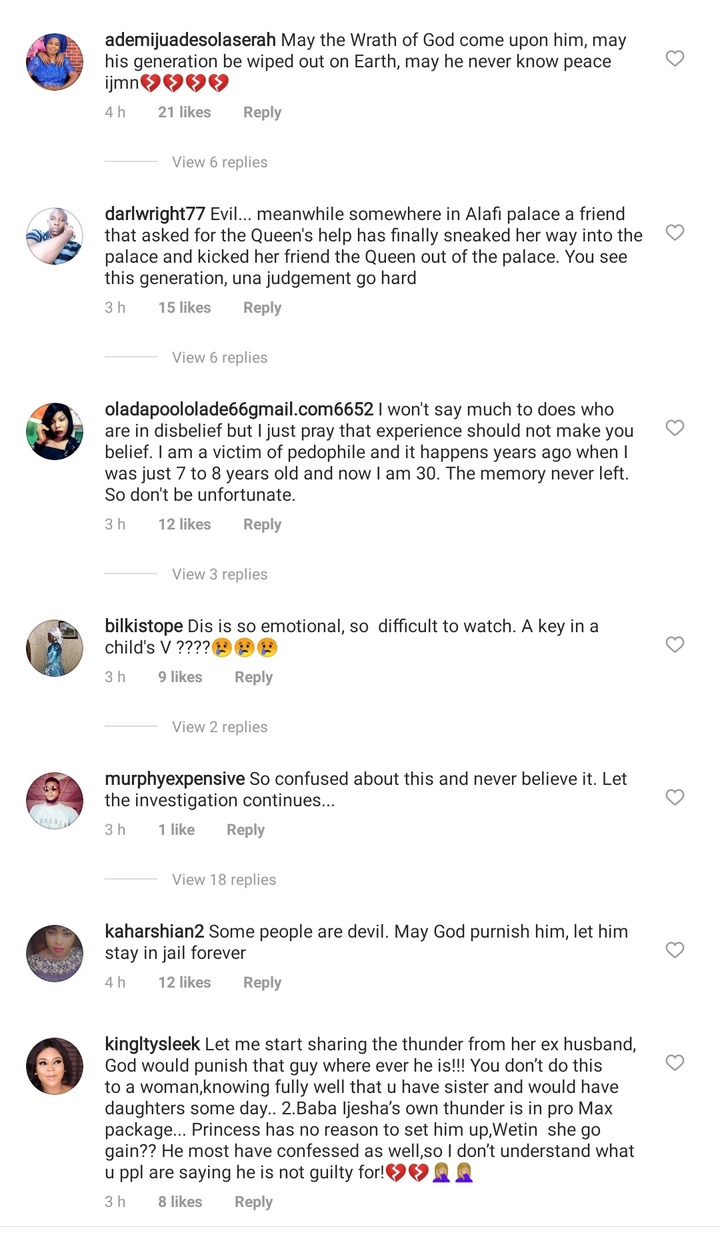 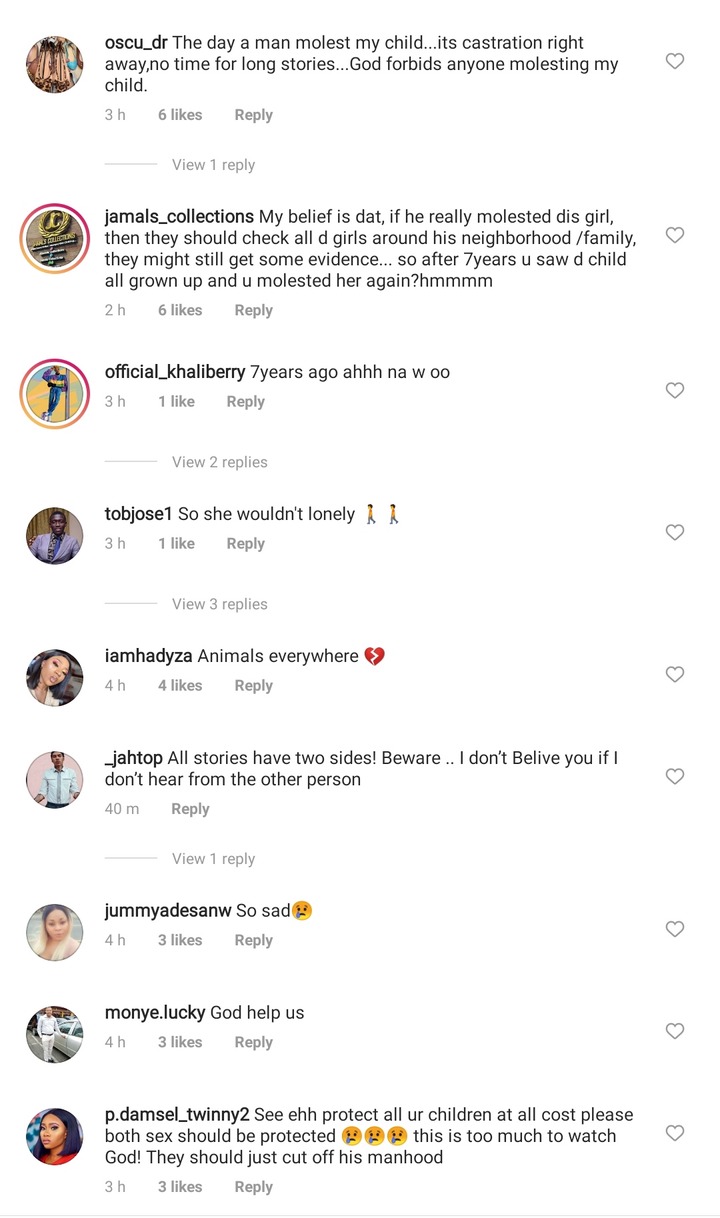 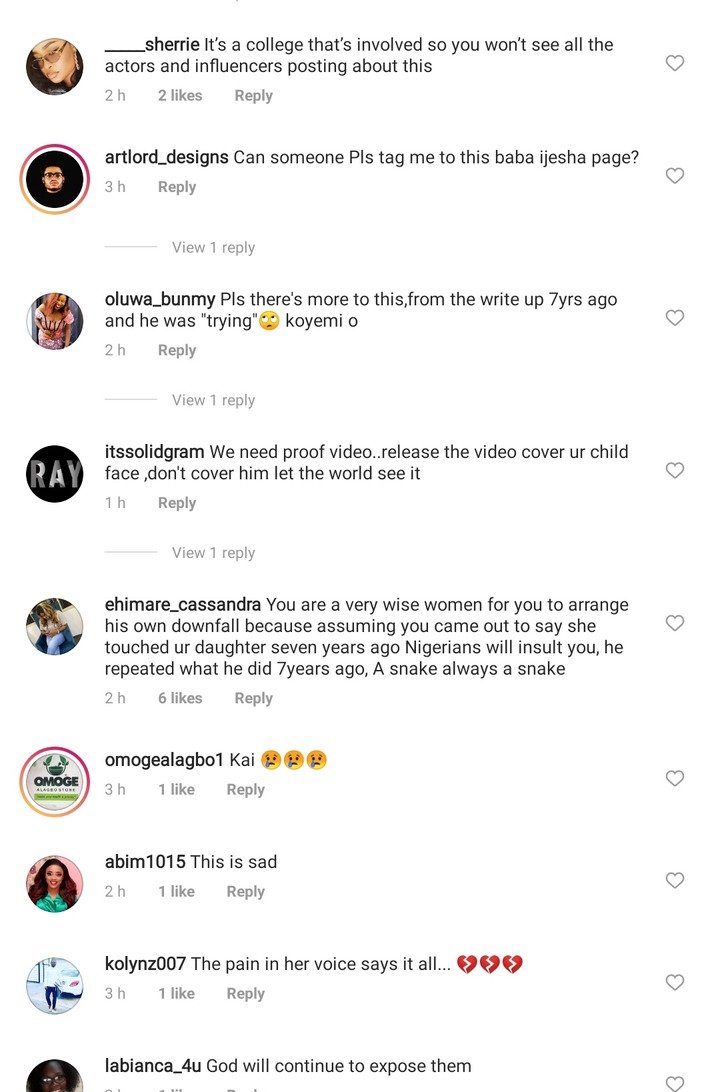