Zinedine Zidane's red card in the 2006 World Cup final between France and Italy is undoubtedly the most memorable sending-off in a world cup final. However, six years before that incident, his country man Marcel Desailly got sent off in the World Cup final against Brazil. 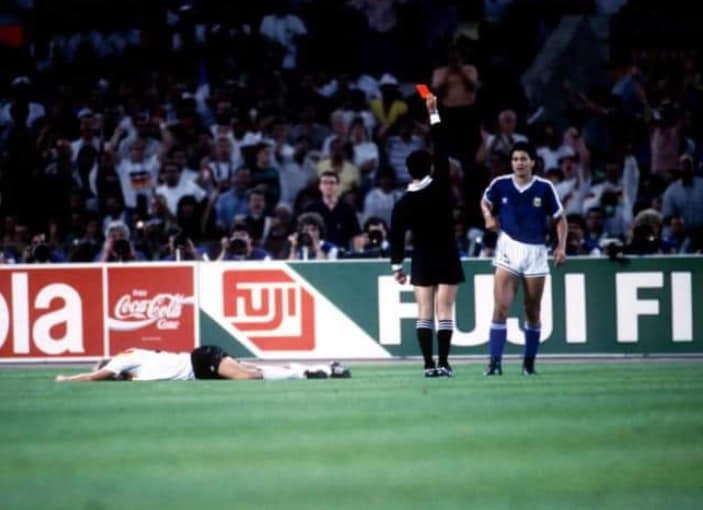 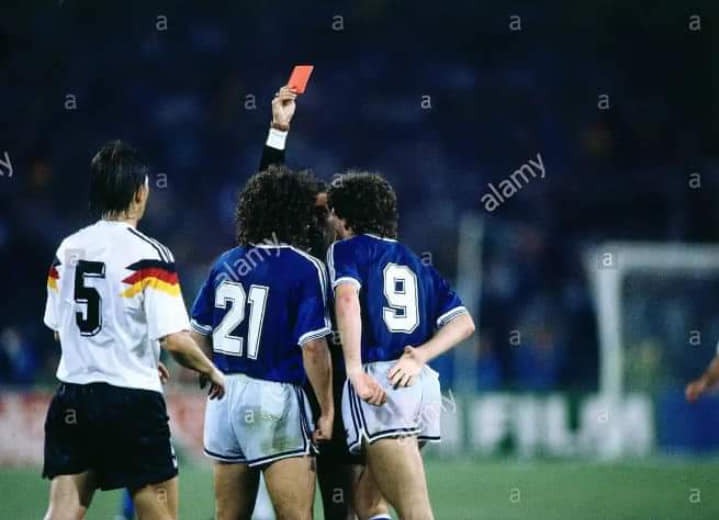 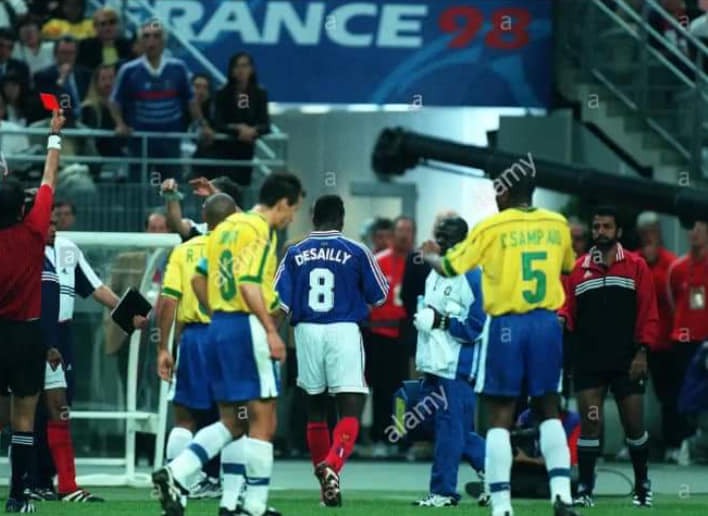 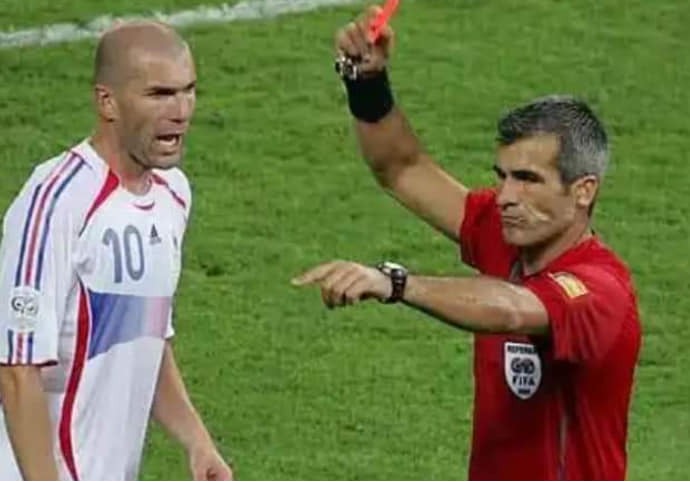 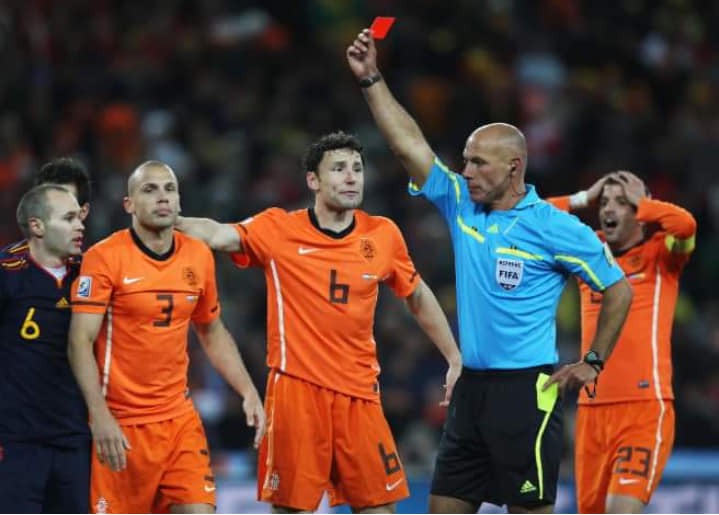