OPINION: Why it appears Barcelona and Messi knew they would part ways but kept it a secret

By SportsBible (self media writer) | 20 days ago

Lionel Messi's move to Paris Saint-Germain was surprising given that before the announcement that revealed the club could not afford to keep him, Barcelona president Joan Laporta always maintained they had control of the situation. However, judging by a recent revelation made by La Liga president Javier Tebas, it now appears Messi and Barcelona had always intended to part ways but they had to play it in such a way that no party would be seen as the villain. 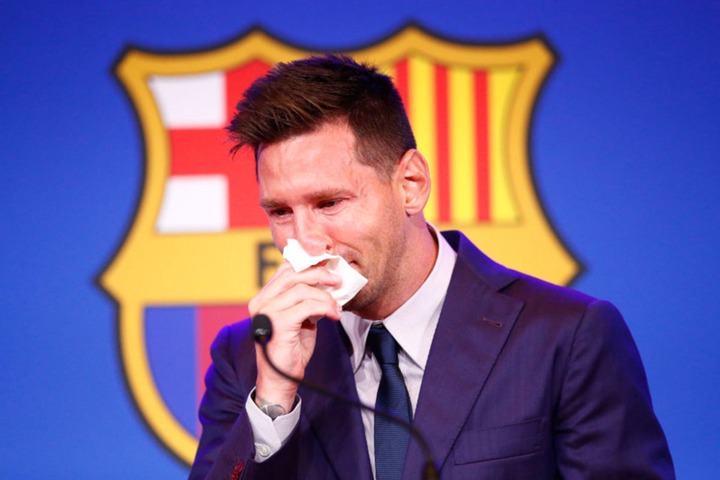 According to ESPN, Tebas in an interview with Cadena Cope, a Spanish radio station, said the Blaugrana could have re-signed Messi if they hadn't signed Memphis Depay and Sergio Aguero.

Barcelona had to be aware of that. For me, the fact they knew and still moved quickly to secure the signatures of both players just before Messi's contract expired showed they were planning for life after the Argentine.

The reason for that is not far-fetched. The club had a financial crisis so retaining the six-time Ballon d'Or winner with his enormous salary would prolong the club's dire situation. For Messi it was simple, the club could no longer match his ambitions given the quality of players they had. While it was difficult for him to leave, he had to as his football career is almost coming to end given his age. I think both parties sat down, discussed that and planned how best to do it without damaging anyone's reputation.

Right now it seems both parties made a mistake. Barcelona is currently not in the top 4 in La Liga and it is looking like they won't qualify for the Champions League round of 16 after losing their first two matches. For Messi, his first goal for his new club didn't come as early as he would have hoped. When it eventually came it was quickly followed by a 2-0 loss to Rennes.