Beautiful people come together to become a power couple, just look at Angelina Jolie and Brad Pitt. But here is another couple that has stood the test of time. The pressures of fame and notoriety did not impact their love story. 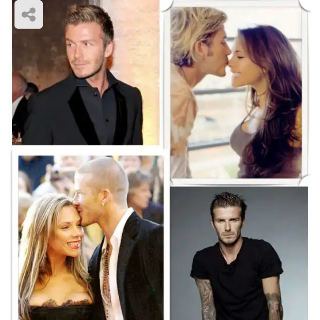 In 1996, Victoria Beckham was at the height of her fame as a member of the girl group Spice Girls. She was known as Posh Spice, and she had millions of fans. She could have had any man in the world. She accompanied her bandmate Mel C to a soccer game, and there she met her future husband, David Beckham.

After a Manchester United vs. Sheffield match, Victoria and David met in the players’ bar. David was very nervous and instantly smitten with Victoria. 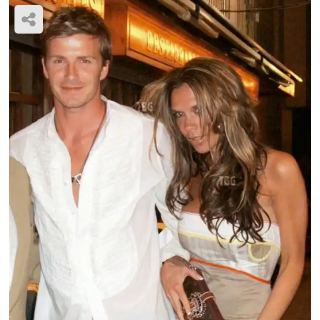 “As soon as she smiled, I knew everything was going to be okay.”

They had a few low-key dates before the press heard about their budding romance. They got to know each other before the paparazzi followed them around.

“For the first three months, it was amazing because no one found out about us being together. We loved that because we could sneak around. Our first kiss was in the car park of a restaurant. We used to drive to places and just spend as much time together as possible. That was an amazing time in our relationship.”

When their relationship was made public, their fans were happy. The press went wild, capturing their matching outfits. 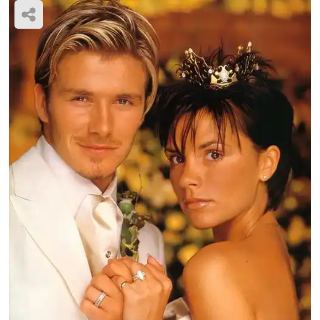 Fifteen years after they fell in love, David was seen in New York, carrying their daughter Harper in February 2012.

Their relationship only got stronger after it became public knowledge, and on January 1998, David proposed with a three-carat marquise-cut diamond ring.

After their engagement, Victoria discovered she was pregnant while on tour with the Spice Girls. Posh and Becks, as they were known in the press, were happy about the arrival of their baby Brooklyn in March of 1999.

Four months after Brooklyn’s birth, the fairy-tale couple had an extravagant wedding ceremony in Luttrellstown Castle in Ireland.

David’s career had seen them move to Spain and the United States. The whole time, their relationship was in the spotlight with media scrutinizing every detail of their lives. They have never let the rumors bother them and have always provided a united front to the world in interviews. 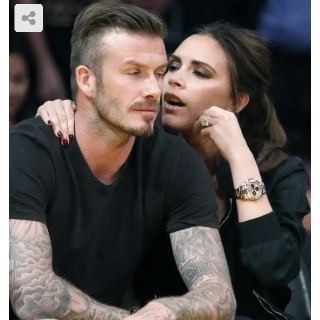 Their strong marriage is inspirational when you consider that many famous Hollywood marriages have ended. The public sees nothing but their love and devotion to one another.

“She comes home and shows me what she’s been doing all day and what exciting dresses and bags she’s got coming through. And then I say something boring like ‘I got kicked today.’ But we listen to each other,” he explains. “We try to go out at least once a week, just the two of us, a quiet dinner somewhere. It’s not about wearing a nice dress or a nice suit. It’s just going out and chatting and having some time together.”

“Not only has she given me three amazing boys, but she’s truly an inspiration for me every day.”

There are many ups and downs in a great love story, but it always has to be based on a strong commitment. “We are still so close, David and I. We were at a party the other day at my mum’s house, and I was sitting on his lap. We’re very affectionate. And I looked at him and thought after being married for 11 years! We were the only couple who were even near each other at that party. We’re soul mates.”

This wonderful romance proves that beyond love at first sight, fate, and being soul mates, the lesson is that love conquers all. The challenge is not finding someone to love but facing challenges and trials with perseverance and dedication.