By Godaik (self media writer) | 6 days ago

In the eighties and nineties, the Nigeria Football Supporters Club enjoyed a global acclaim, and was synonymous with Super Eagles' rise from obscurity to prominence. 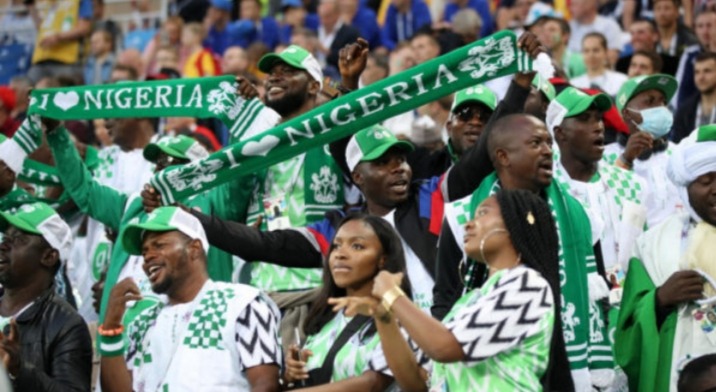 The group then led by Rafiu Ladipo was the synosure of all eyes during games involving the various national teams across the globe, spurring them to excellence with its melodious songs, some of which became as popular as National Anthem, drumming and trumpeting.

The group enjoyed reference and recognition from football stakeholders across the globe and was particularly singled out for commendation by FIFA at the 1994 World Cup finals in the United States of America. It helped the Super Eagles shine brightly in Nigeria's first appearance at the Mundial. Its drumbeats and trumpeting resonated months after Nigeria's ouster by Italy in the second round.

Reverse has been the case in the last decade, with proliferation of the body culminating in cacophony during matches involving the various national teams.

This has become a source of worry to players who are now denied the orchestrated support enjoyed by their predecessors.

On Sunday, all five bodies ridiculously sang and danced in rag-tag manner at different sessions of Stade Barthélemy Boganda in Bangui, Duoala, but their noise couldn't distract the Super Eagles from redeeming their image, as they cruised to a 2-0 win against Central African Republic.

The team were not oblivious of the show of shame, which has now become a recurring decimal and part of the fabric of Nigerian football, with Captain Ahmed Musa stressing the need to harmonise all bodies as a way of ending the distraction, during a post-match interview in Duoala.

"Having so many supporters clubs is no longer support but a distraction to the various national teams. I am trying to see how they can become one body so the players will enjoy their support once again," the former Kano Pillars striker said after the match.