7 Most Famous Brothers In Football History

Having a a brother as a child can be tremendously beneficial. You have someone to lean on, someone to share, someone to rely on, and in some cases, someone with whom you can play your favorite sport. We've seen plenty of brothers who have made it to the big leagues and had successful careers in football. Although this is not a regular occurrence, because most of the time only one brother has a good career, today we'll look at some examples of brothers who have prospered throughout their careers, becoming major figures for their clubs and national teams. Below are the most famous brothers in football history. 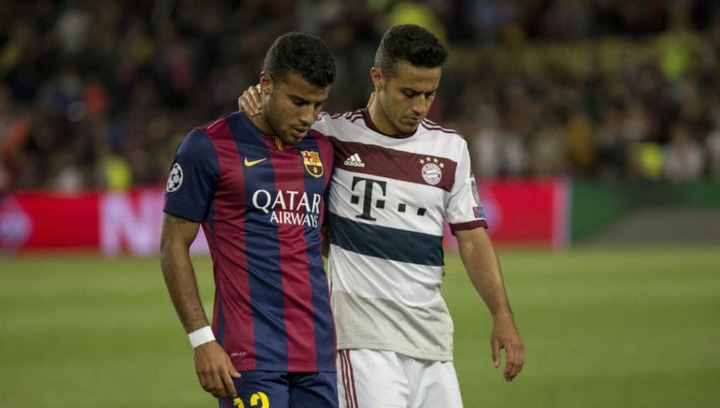 The brothers rose to prominence in Barcelona. The two brothers are members of two distinct national teams. Thiago represents Spain, where as Rafinha has chosen to represent Brazil. The two siblings grew up together in Barcelona's youth system before Thiago agreed to leave the Catalans to join Bayern Munich. Rafinha, on the other hand, remained at Barca, having loan periods with Celta Vigo and Internazionale. Mazinho, the younger brother of a former Brazil international, Rafinha, pledged his allegiance to his father's country after playing for Spain at the youth level. Thiago, on the other hand, stayed with the Spanish arrangement. 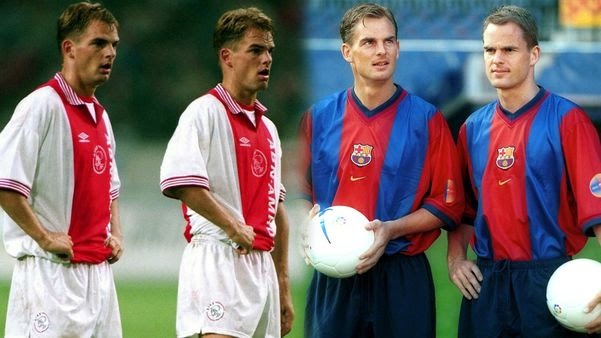 These twin brothers spent a large part of their careers together, bringing their talents to a variety of teams and leagues. Frank and Ronald de Boer rose through the ranks of Ajax's junior teams to win five Eredivisie titles and a Champions League with the Amsterdam club. They then went on to play for Barcelona, Rangers, Al-Rayyan, Al-Shamal, and, of course, the Netherlands on an international level. The de Boer brothers have remained together even after they have retired. Ronald was Frank's A1 assistant manager when he was given the opportunity to lead Ajax. 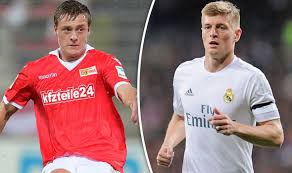 The Kroos brothers are currently two of the most well-known football brothers in the world, since they represent their respective teams in top form. While Toni Kroos may appear to have had greater success when considering all of the trophies and awards he has won at one of the most distinguished clubs in the world, Felix Kroos has had his moments as well. Let's take a look at how two of football's greatest brothers got to where they are now. 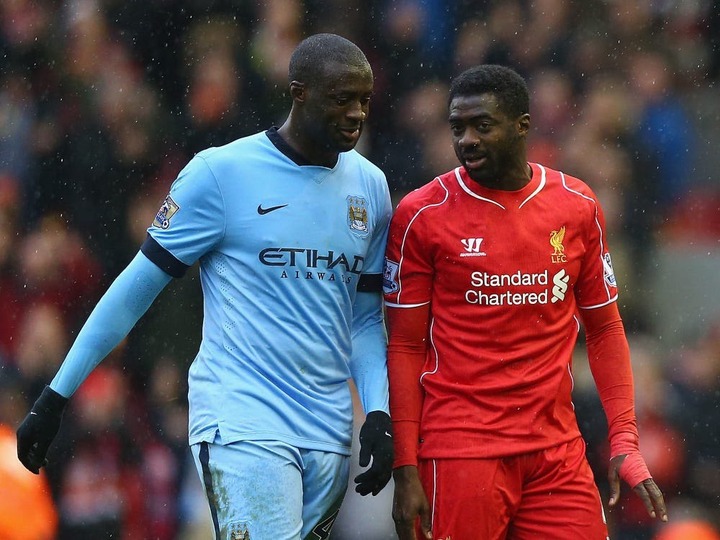 Another set of brothers who have hitchhiked into football's greatest platforms is the first set of African superstars to make the list. They have seen success with both their clubs and their national teams. For a time, the siblings were teammates at Manchester City when Kolo, the oldest brother, packed his belongings and moved to Liverpool. They do, however, play for the same national team, Ivory Coast. When it comes to being awarded African Footballer of the Year four times in a row, Yaya is more successful than his older brother. In 2004, the older brother was a member of Arsenal's Invincibles team, which was a success. In 2012, both brothers assisted Manchester City in winning the Premier League title for the first time in 44 years. The brothers won the Africa Cup of Nations in 2015 with their national team, Ivory Coast. They are not only one of the most well-known sets of brothers in African football, but they are also among the most successful in terms of club and international exploits. 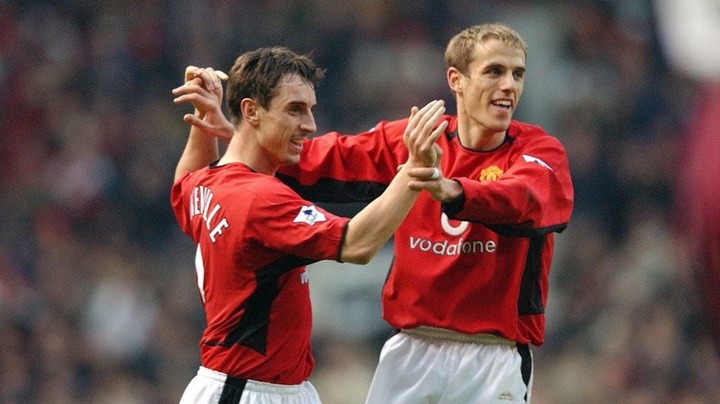 The Nevilles, the Premier League's most famous and accomplished siblings, were both members of Manchester United's famous "Class of 92." Gary, the older of the two made his debut for Sir Alex Ferguson's Manchester United in 1992, while Neville did likewise in 1994. They won six Premier League titles together at Old Trafford before Phil moved to Everton in 2005. Gary stayed with United and won two more Premier League titles. In 2011, he retired as a one-club man, having played 602 times for the Red Devils, the sixth most of any player in club history. 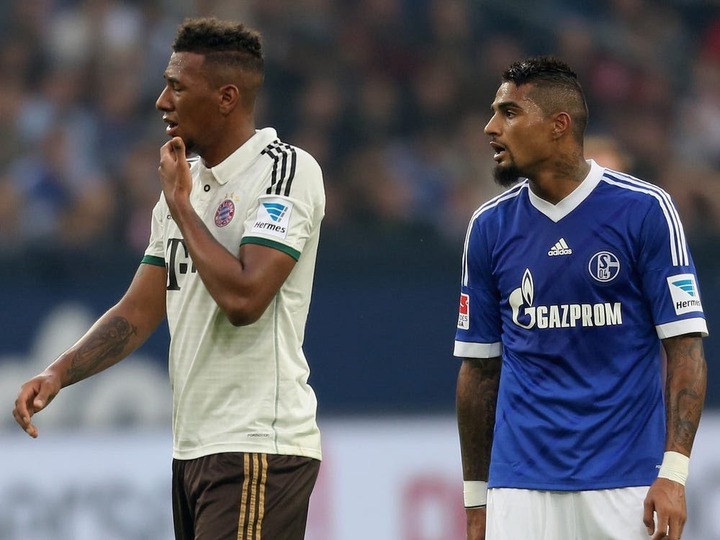 With the exception of one disastrous season at Manchester City, Jerome Boateng's career has been a model of consistency. Jerome was a regular for Bundesliga side Hamburg in the late 2000s before joining City in 2010 and moved to Bayern Munich the following year. He's made over 300 games for Bayern since his return to Germany, helping the club win seven consecutive Bundesliga titles. Kevin-Prince, who is two years Jerome's senior, has been a journeyman for the previous decade and a half, having played for 13 different clubs, including FC Barcelona, AC Milan, and Portsmouth. Despite being half-brothers, Kevin-Prince and Jerome play for different countries, with Kevin-Prince representing Ghana, his father's homeland, and Jerome representing Germany, where the two were both born. 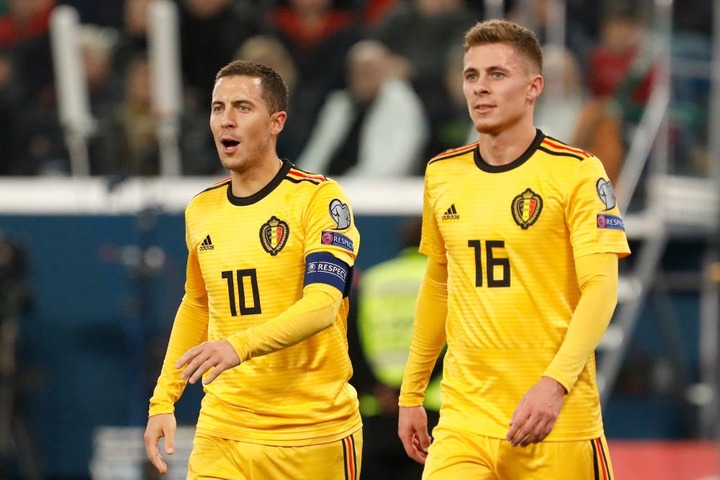 The Hazard brothers open this list, although they may rank higher by the end of their careers. As many people know, Eden is a world-class footballer who has gained a lot of attention as a result of his work with Chelsea in the Premier League and is now prepared to take things to the next level with Real Madrid. Thorgan, on the other hand, despite not having the same natural talent as his brother, has proven to be a very excellent player in German football, first with Borussia Monchengladbach and now with Borussia Dortmund. Aside from these two, Kylian and Ethan Hazard, like their older brothers, are footballers who aspire to be successful. 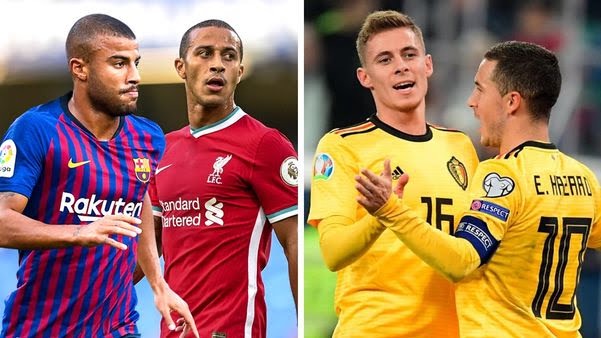