By DBfitwrite (self media writer) | 23 days ago 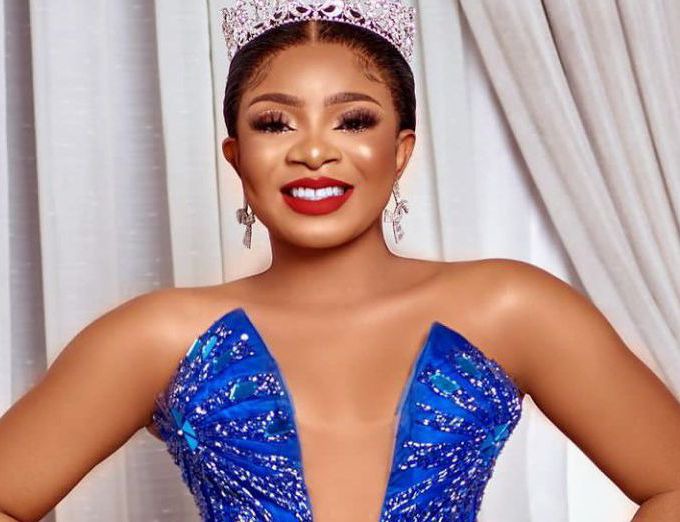 Queen came into limelight due to her participation in the 2021 Big brother naija shine ya eyes reality TV show and this has paved way for her to pursue her passions and goals which is to enrich the society through her charity foundation and being actively involved in politics.

How Bbnaija made Queen famous

Queen made her way into the Big brother naija shine ya eyes house few weeks after the show had actually started as one of four new housemates. Queen went on to prove her relevance, showcasing her talent for all to see and stayed in the house before she was finally evicted a week to the end of the show. 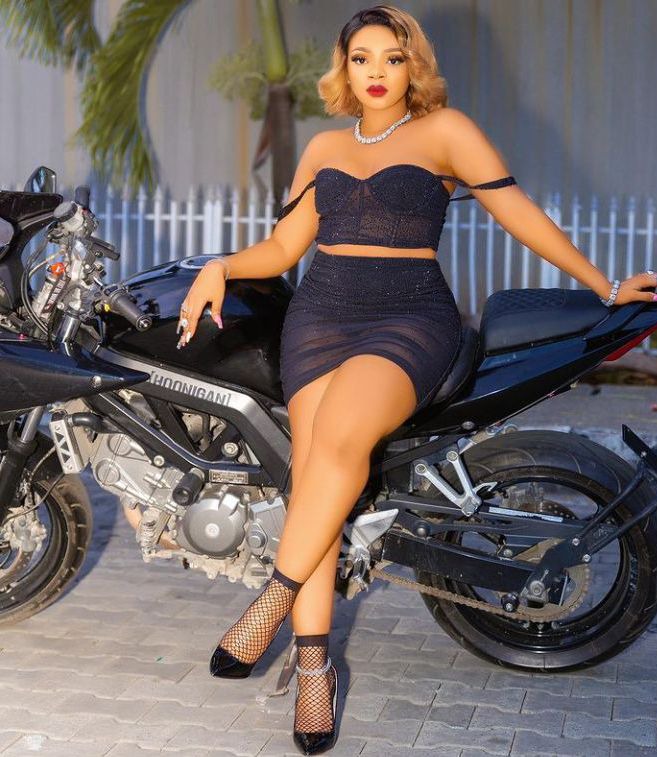 Her participation in the Big brother naija shine ya eyes reality TV show made her name known to may fans and viewers of the show, increasing her followers on her different social media accounts and creating a fan base for her known as the monarchs.

How Bbnaija paved way for Queen to achieve her goals 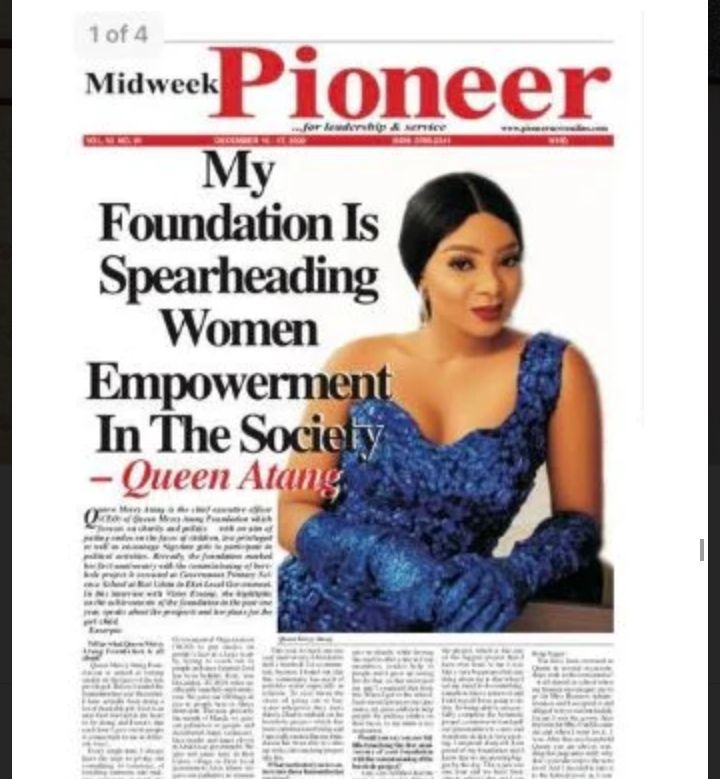 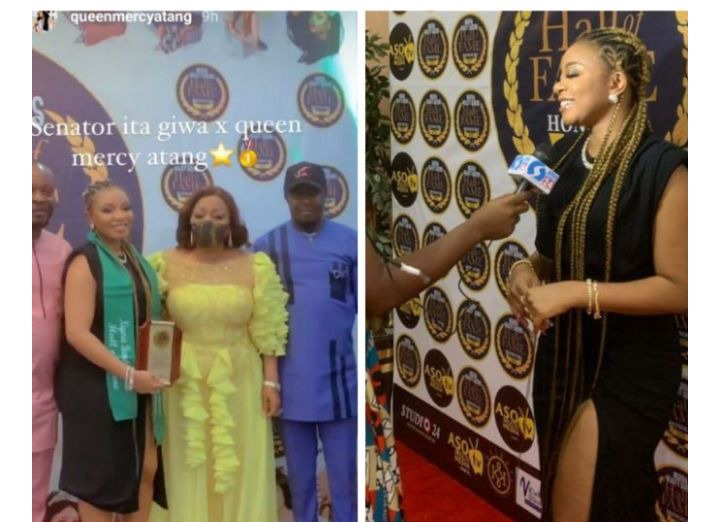 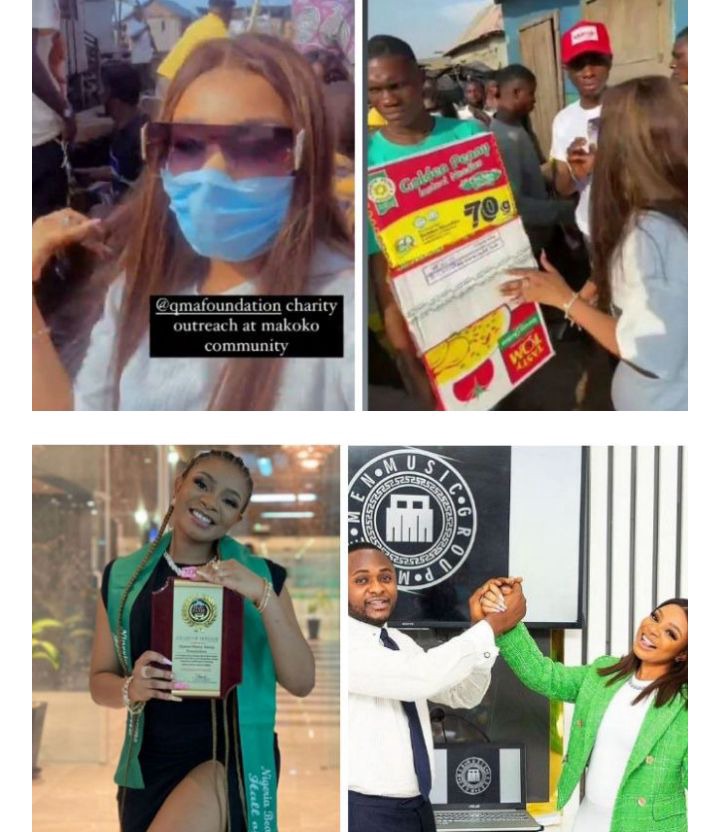 Queen has on different occasions revealed her plans to enrich the poor in the society through her charity foundation, the Queen Mercy Atang foundation. She has also revealed her interest in politics as she was recently presented with an award by former senator Ita Giwa.

Queen recently attested to this fact when she was asked by one followers to tell them what her achievement is. Queen revealed that making it to the Bbnaija house made her famous and it is one of her achievements so far as she always wanted to be famous. 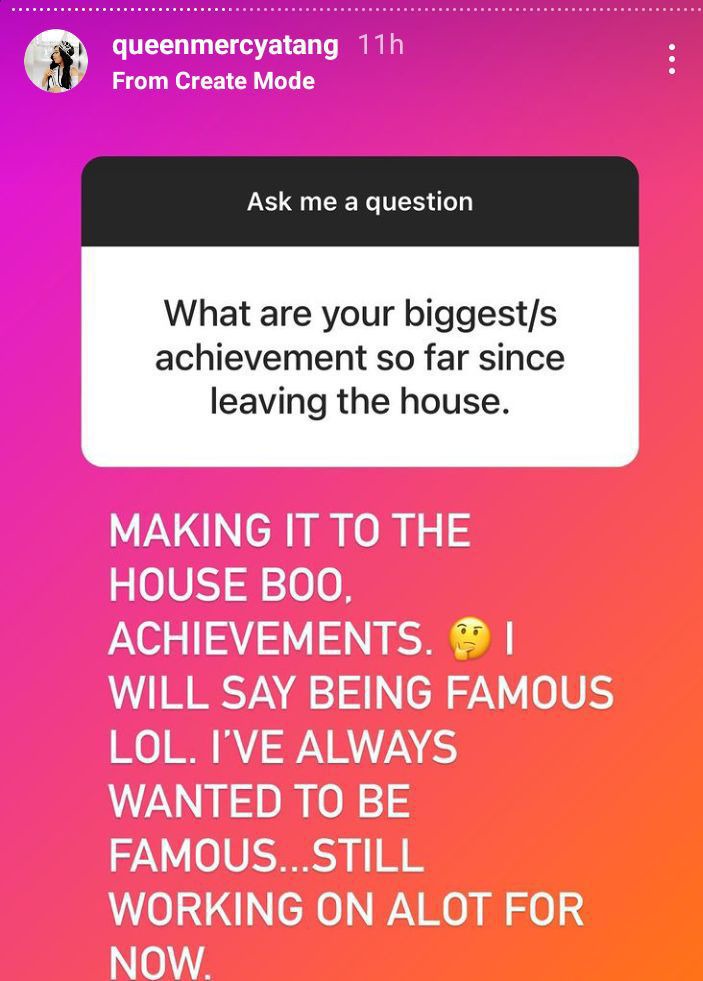 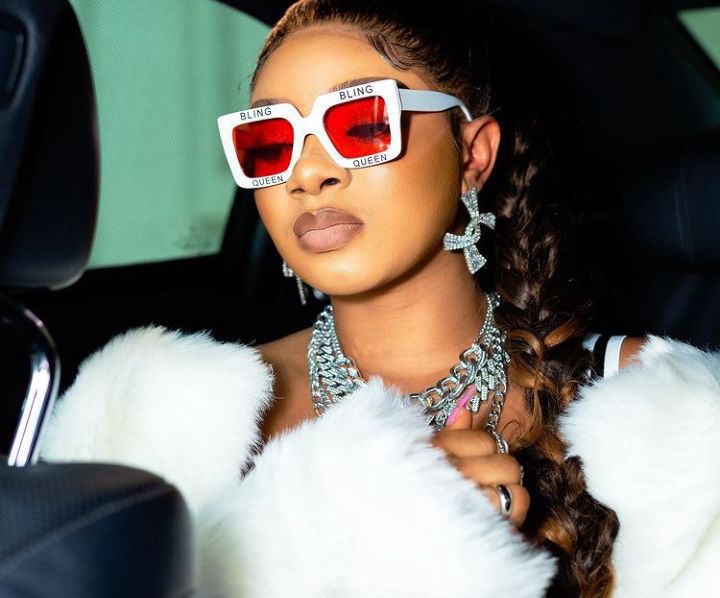 Notwithstanding, her personal efforts as a determined young lady should also not be forgotten. She has proven to passionate and goal oriented ever since she emerged from the big brother naija house.