Another Protest Begins In Niger

There is palpable tension in Bida, Niger state, as tanker drivers have blocked all of the town's major exits, preventing motorists from entering and exiting. 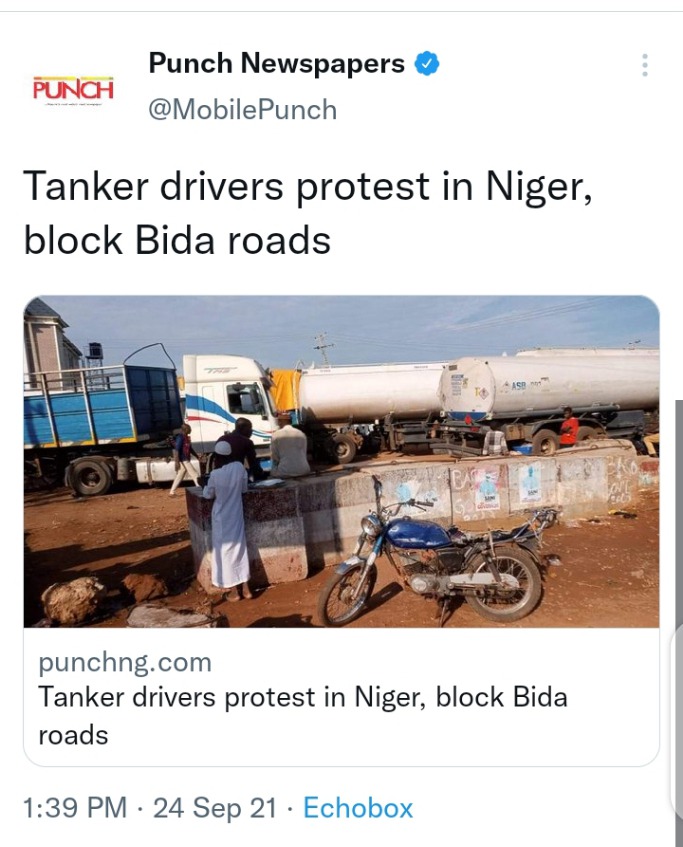 Tanker drivers have blocked all major roads within town to protest the deplorable condition of the state's bad roads, particularly the Bida-Lapai-Lambata Road.

As a result of the development, hoodlums now extort commercial motorcyclists by charging between N20 and N50 to gain access to the minor roads left by tanker drivers.

The situation is particularly concerning in the Esso area of Bida Town, where all vehicles have come to a halt.

Residents of the town have urged the State Governor, Abubakar Sani Bello, to intervene immediately before the situation worsens. 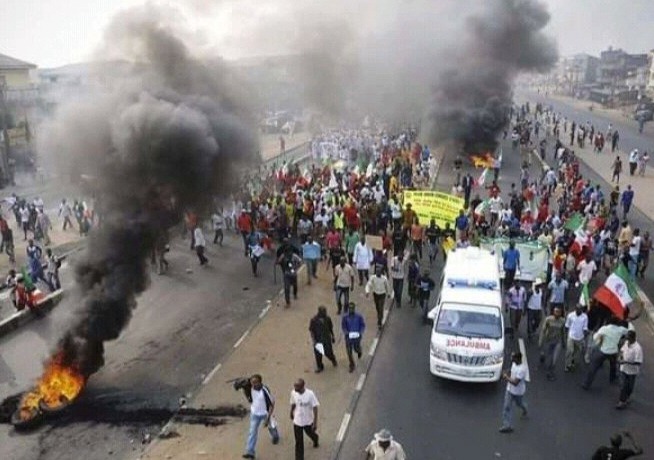 Three females have been arrested by the Katsina State Police Command for allegedly supplying fuel to bandits. 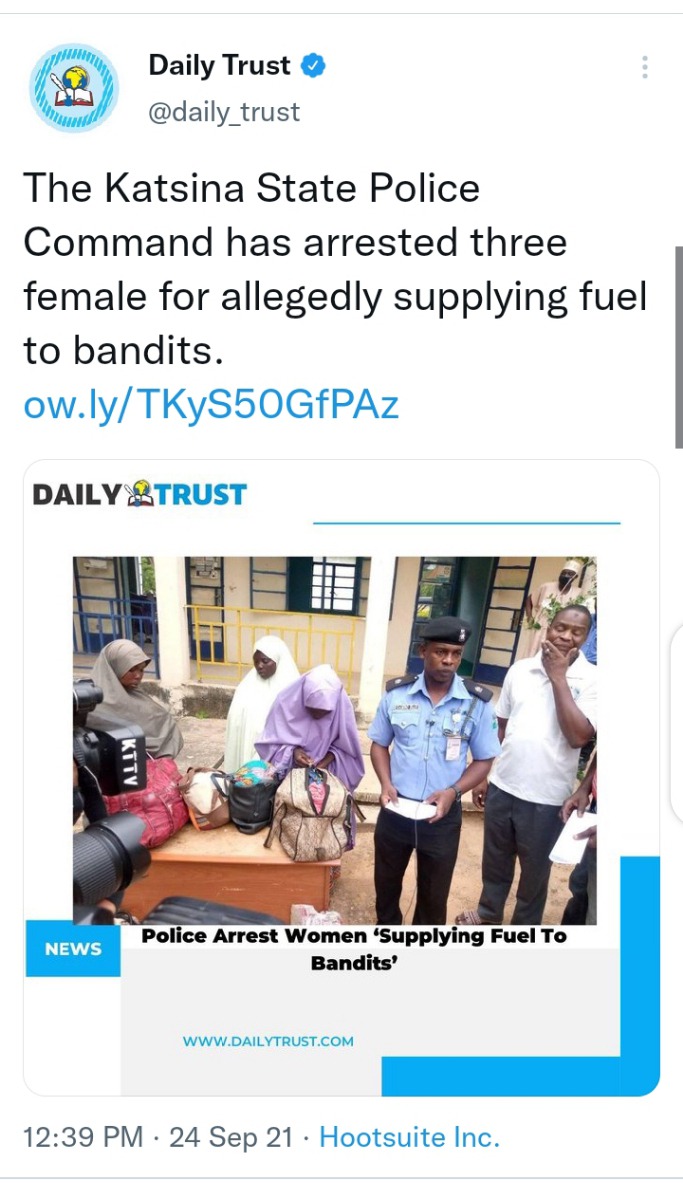 According to the police, the suspects were arrested on Thursday, along Kastina-Jibia forest.

Gambo Isah, Police spokesperson in the state, paraded the suspects at a press conference.

He said they were carrying travelling bags where they hid the fuel while pretending to be common travelers.

The Nigerian government has alerted the general public to heightened security activities preparatory to the country’s 61st Independence anniversary. 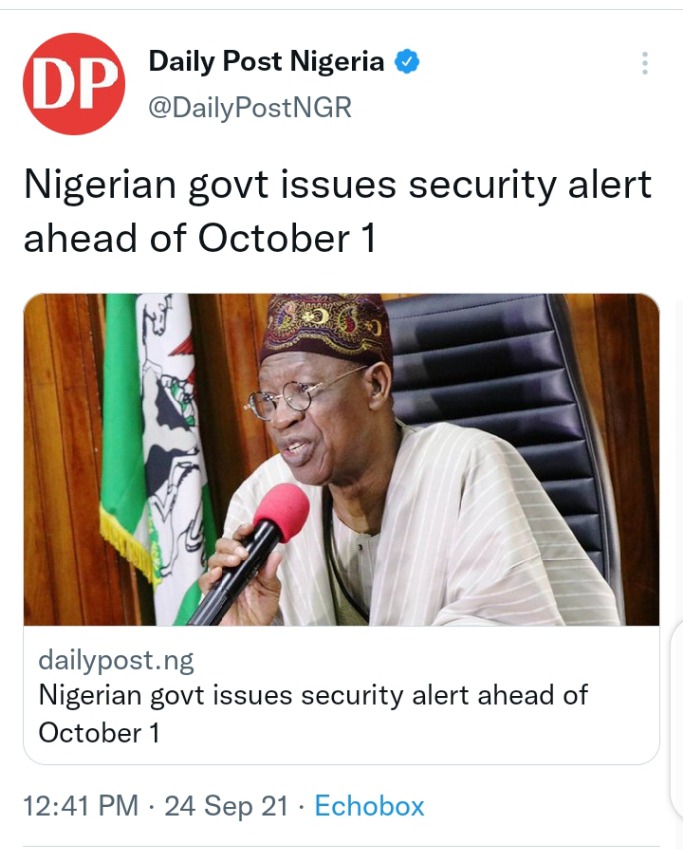 This was contained in a statement issued in Abuja on Friday and signed by Segun Adeyemi, Special Assistant on Media to Alhaji Lai Mohammed, Minister of Information and Culture.

The Minister advised residents of the Federal Capital Territory and its environs not to panic and go about their legitimate activities.

He urged residents to notify the appropriate security agencies of any suspicious movement.

The Federal Government has banned students in Senior Secondary School One and Two from applying for and taking external West African Senior School Certificate Examination, National Examination Council, and National Business and Technical Examinations Board examinations. 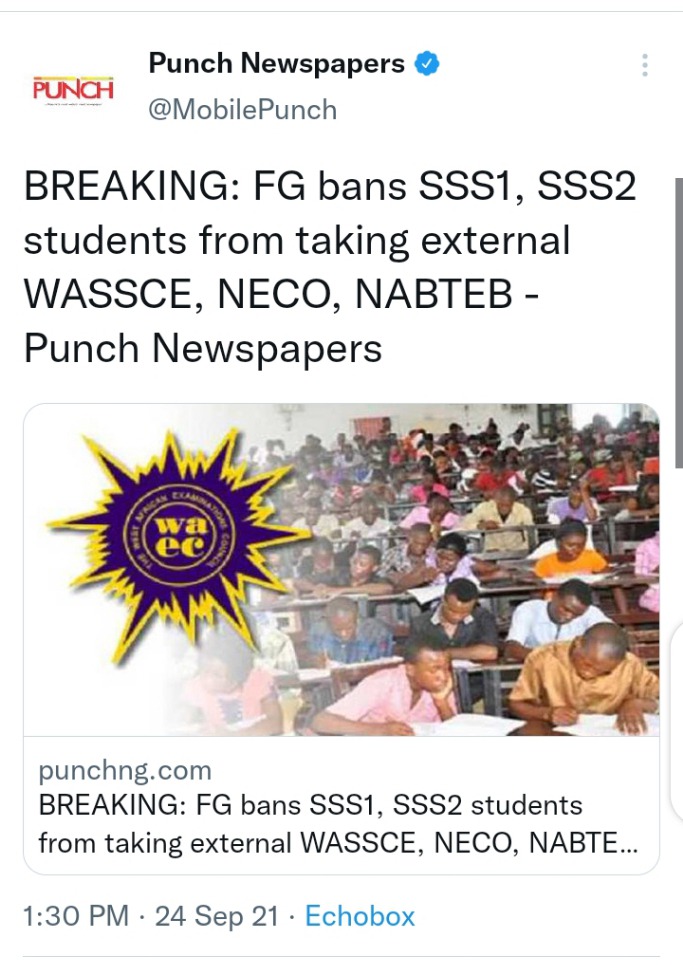 This was stated in a circular sent to principals of federal unity schools by the Federal Ministry of Education.

It was signed by the ministry's Director Senior Secondary Education, Hajia Binta Abdulkadir, and was titled In the circular with no: FME/DBSE/US/DOC/III/16.

The government threatened to expel any SSS One and Two students who take the exams.

This, the education ministry, said would help to maintain decorum and boost standards of education in schools.