By Tosyyn (self media writer) | 3 days ago

The UEFA Europa League Competition is close to its knockout stage and only the Better Teams are grabbing the tickets, as the quest for the 2nd tier European title continued on Day 5. 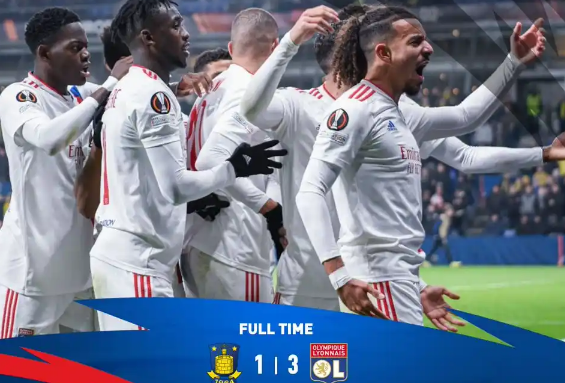 Rangers of Scotland played their first Europa League match this season without Coach Steven Gerrard. After that famous 1 all draw with Brondby, Rangers went all the way for the 3 points against Sparta Prague. Morelos' first and Second half goals, sealed victory for the Scottish side over Sparta Prague. 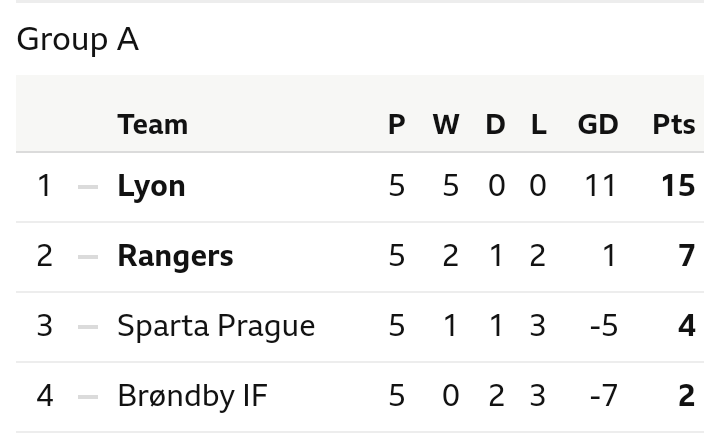 Lyon as well traveled to Denmark and returned with the vital points, as they beat Brondby in front of their fans. Lyon maintain their 100% records with 1-3 Victory to cruise into the next round. Rangers will need a draw to confirm their qualifications from Group A on Matchday 6 even though they won on Day 5. 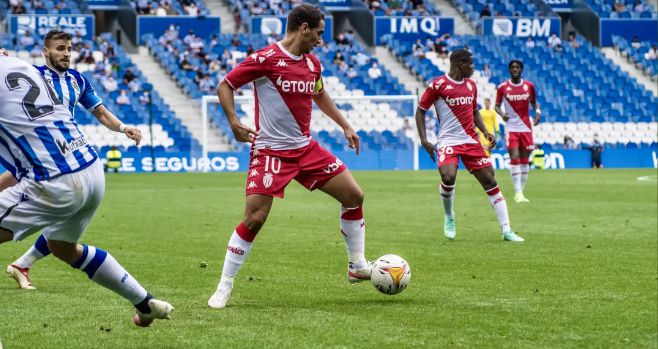 Monaco knew they needed all the points against Real Sociedad after their Day 4 goalless draw with PSV Eindhoven. Volland's 28th minute strike was cancelled by Isak's goal in the 35th minute but 2 minutes later, fofana doubled Monaco's lead before being expelled in the 89th minute after he was booked for an infringement. 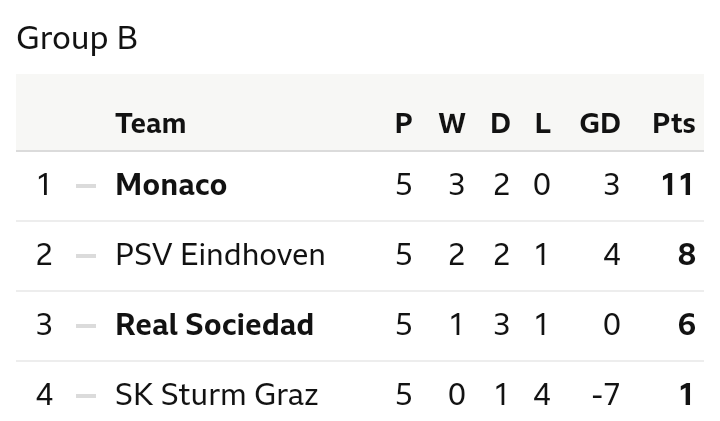 PSV Eindhoven maintain the 2nd spot on Group B table with 8 Points after beating stumz Graz, 2-0. Although Monaco has qualified for the next phase but Matchday 6 will determine where they finish on the log. At the King Power Stadium, Leicester City turned their 1 all draw with Spartak Moscow on day 4 to Victory over Legia Warsaw on day 5. Daka had put the host in front, 11 minutes into the game after which Madison doubled the lead 10 minutes later. Legia's Mladenovic reduced the deficit in the 26th minute but the Nigerian Midfielder, Wilfred Ndidi sealed the Victory for the host as they dazzle fans at the king power stadium. 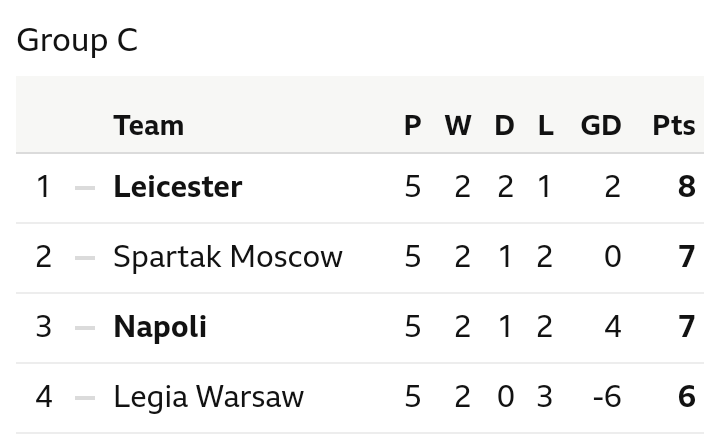 Napoli's 2-1 loss to Spartak Moscow on day 5 brought them down to the 3rd spot on the Table with a game to go. Despite leading the Table by Leicester City with 8 points on Day 5, any Team can still qualify in Group C, Following their point's differences on day 5. 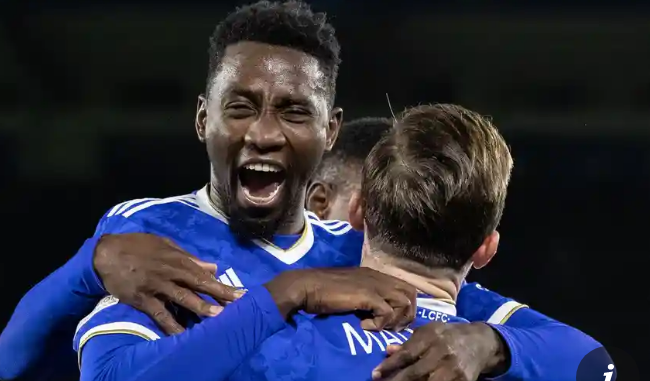 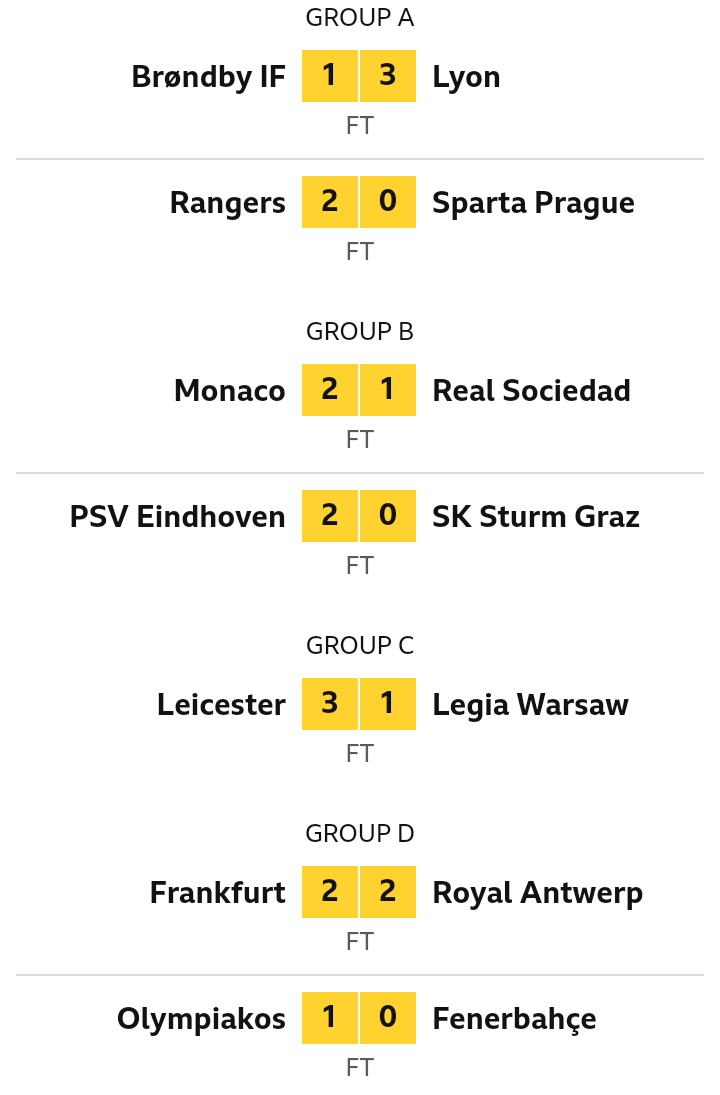 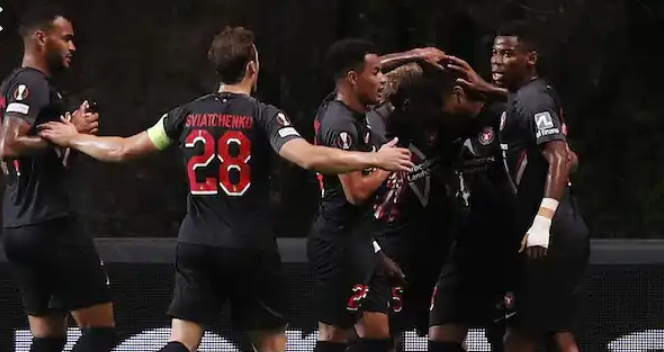 Frankfurt were held by Royal Antwerp to a 2 all draw on the night, even when much was expected of them, considering Frankfurt's 1-2 away win at Greece over Olympiakos on Day 4. Kamara's 12th minute effort was levelled by Nainggolan in the 33rd minute after which Samatta put the visitors ahead in 88 minute, to almost run away with a vital Victory but Paciencia Extra time goal made it 2-2, as the Germans were Lucky to share the points. 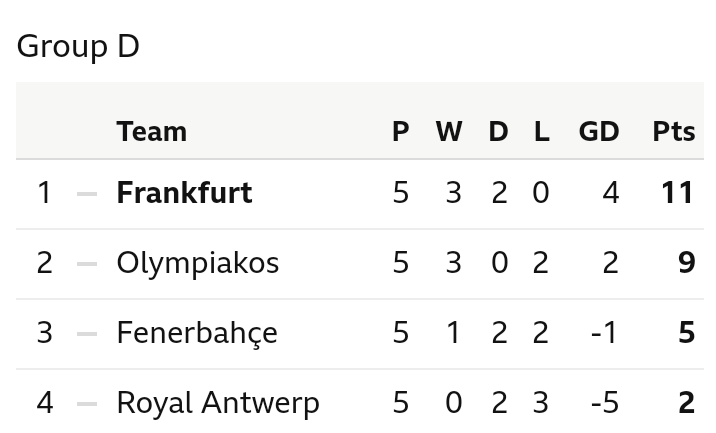 Olympiakos made it to the knock out stage after their loan goal strike against Fenerbahce, through Fransisco Soares in the 89th minute. They will face Royal Antwerp in Belgium on the final Group Matchday to ascertain the Table Leader, while Frankfurt travel to Turkey to face Fenerbahce for same reason. 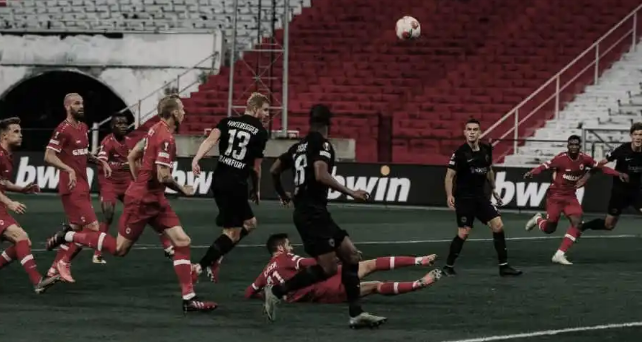 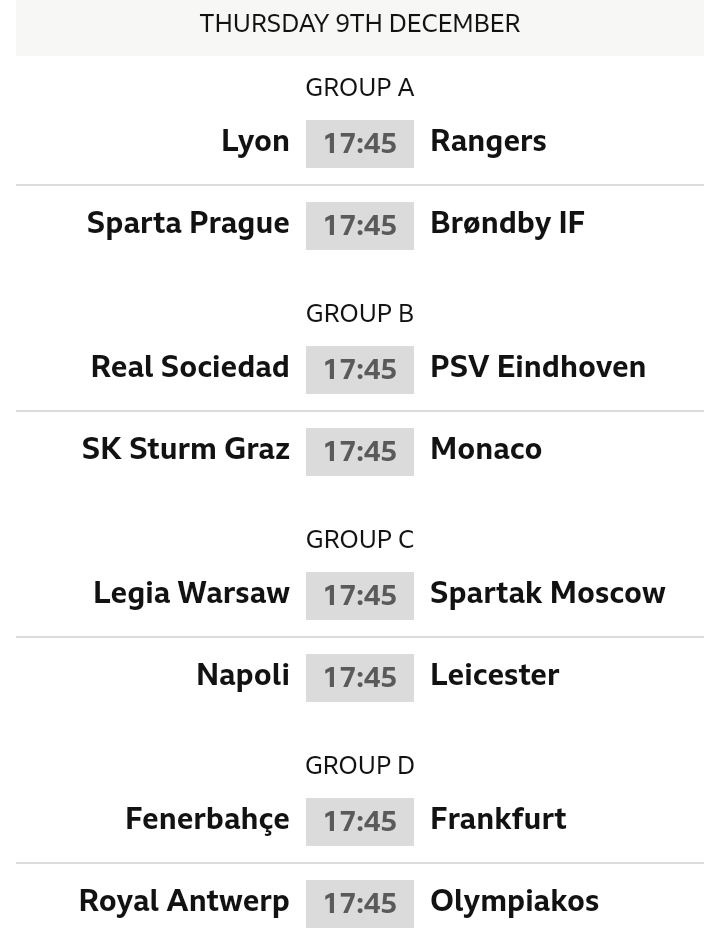 Group C will be hot with Napoli going head to head with England's Leicester City in Naples, to determine who qualify for the next round. Same shall it be in Poland between Legia Warsaw and Spartak Moscow on Day 6 of the Europa League. Whoever won from the 2 venues stands huge chances of qualifying for the next round.

As it is now, who do you think will make it to the next round in Group C and B, knowing well that they are playing the Group's final games? Share your thoughts.