By Sulaimann (self media writer) | 7 days ago 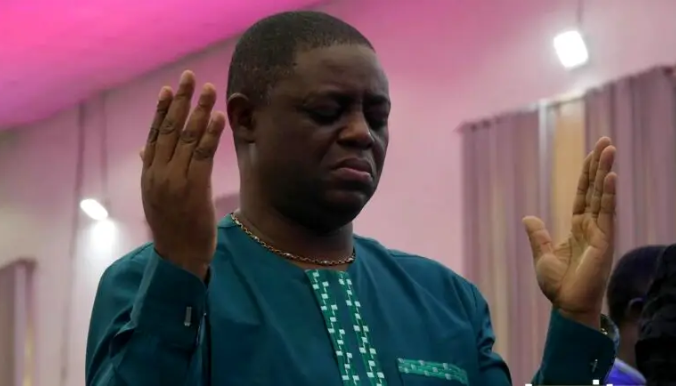 Chief Femi Fani-Kayode (Ajagunla), a former aviation minister and APC leader, has encouraged Nigerian Christians not to be scared of Islamization and marginalization in the country as a result of the Muslim-Muslim tickets offered to Nigerians by the nation's ruling All Progressive Congress, APC.

Asiwaju Bola Ahmed Tinubu, the presidential flag-bearer of the ruling party, the APC, had unveiled the former governor of Borno state, Kasim Shettima, a northern Muslim, in a lavish ceremony a few weeks prior. This was met with harsh criticism, particularly from the Christian southerners and northern APC Christians leaders, led by the former secretary to the government of Nigeria, Babachir Lawal, and a former speaker of the House of Representatives, Right Honor.

Fani-Kayode, who recently joined the APC from the People's Democratic Party, the opposition party, has contributed his voice to the APC presidential ticket, sparking controversy and receiving negative feedback from Nigerians.

Fani-Kayode, He provided examples of how Christian politicians controlled Southwest Nigeria and the judiciary branch of the Nigerian government in a post on his social media page.

"Until recently, 4 of the 6 governors of the South West were Muslims," he continued.

"Today, ALL SIX of the governors in the South are Christians (Oyetola is gone).

Again, until recently, Muslims presided over the Supreme Court, Court of Appeals, and Federal High Court.

"Today, Christians lead ALL 3 of these. FEAR NOT!" he exclaimed.

In a recent Vanguard article, Christian heavyweights in the ruling APC, particularly the northern Christian leaders, threatened a showdown and vowed never to back the same faith-ticket put up by Bola Tinubu's party.

Additionally, Alhaji Atiku Abubakar, the PDP's presidential nominee, had challenged the APC's presentation of the same religious platform. Atiku had criticized the ruling party's slate as being "insensitive to the Nigerian Christians," and Tinubu's team had a vehement response. According to Vanguard report.

Content created and supplied by: Sulaimann (via Opera News )