As soon as Chelsea lifted the Champions League trophy in Porto, talk began of an impending Premier League title challenge. Thomas Tuchel’s tactical victory over Pep Guardiola clearly signified if not the passing of the torch at least the beginning of a new rivalry at the top of English football.

But there were many detractors. Pundits argued that his meticulously designed team shape was a little rigid to grind out results throughout a 38-game league campaign and, understandably, pointed to a record of 38 points from 19 Premier League matches as reason to bet against Chelsea finishing above Manchester City, Liverpool, and Manchester United.

Surely those doubters are now satisfied that Tuchel’s Chelsea are the real deal? His first six months in charge were all about laying the foundations – nailing the basic components of his structure – and that is why Chelsea sometimes looked a bit stiff, prone to drawing against mid-table opposition.

Over the summer Tuchel added some interesting style to his approach of the game all to create a team with a tactical variety.

Already five games into the new Premier league season, we have ample evidence that Chelsea has moved into another level since the UEFA Champions League Final back in May.

The best example of Chelsea’s growth this season was in the only game they did not win.

Against Liverpool, Tuchel used his default latter-stages Champions League tactics in a Premier League encounter as Chelsea sat back, limiting space in their own third and frustrating their hosts by refusing to engage higher up the pitch.

Going down to ten men did not cause this approach but exasperated it Tuchel's side  were already holding just 37 possession before the red card. 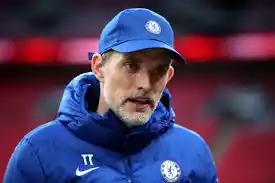