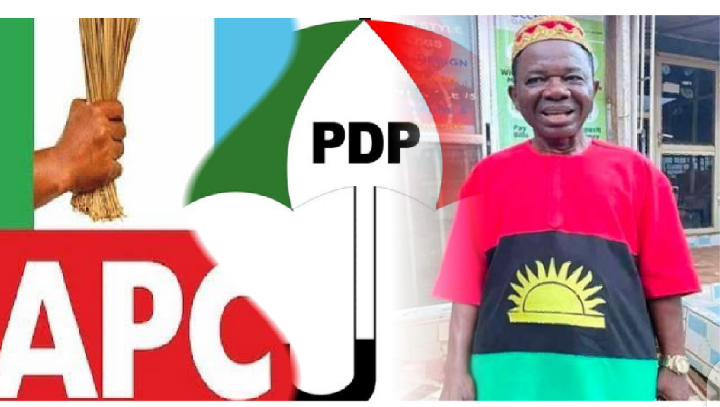 The mass defection of members of the All Progressives Congress, APC, in Benue State to the Peoples Democratic Party, PDP, continued, Tuesday, as a founding member of the party, Mr. Joseph Kyaagba led other prominent politicians including leading members of the All Progressives Grand Alliance, APGA, and thousands of their supporters to the ruling PDP. 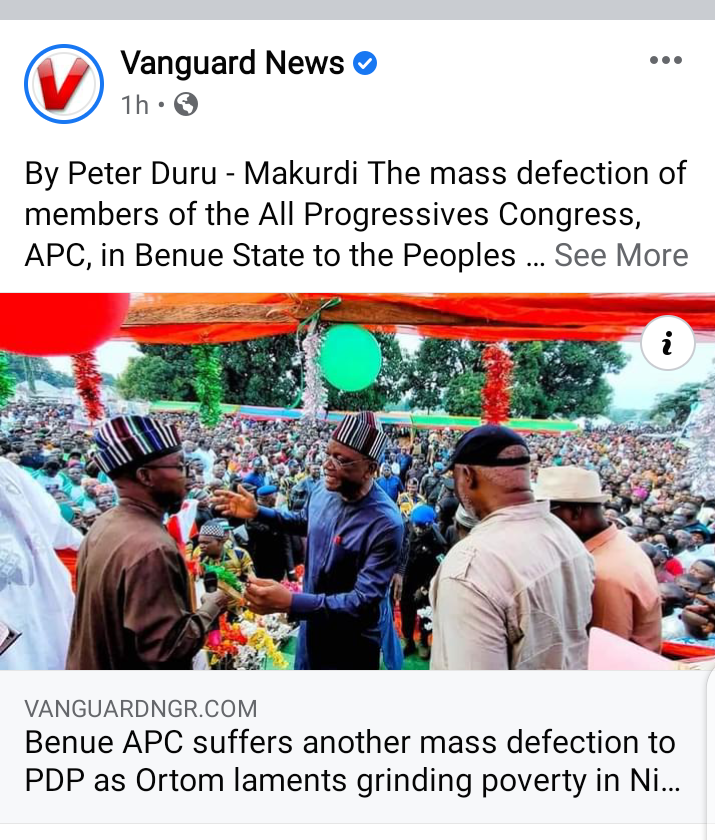 Addressing the defectors at the LGEA Central Primary School Vandeikya Township, Vandeikya Local Government Area, LGA, Governor Samuel Ortom lamented that Nigerians were facing the worst economic crisis and hardship ever witnessed in the history of the country.

He decried the level of bad leadership the APC had brought to bear on the country stressing that nothing good was working in the country as Nigeria had descended into unimaginable poverty.

The Actors Guild of Nigeria on Tuesday secured the release of Nollywood actor, Chiwetalu Agu, from the Department of State Services on Tuesday.

AGN made this known via a statement on their official Instagram page titled, ‘Chiwetalu Agu released to Actors Guild Of Nigeria.’ 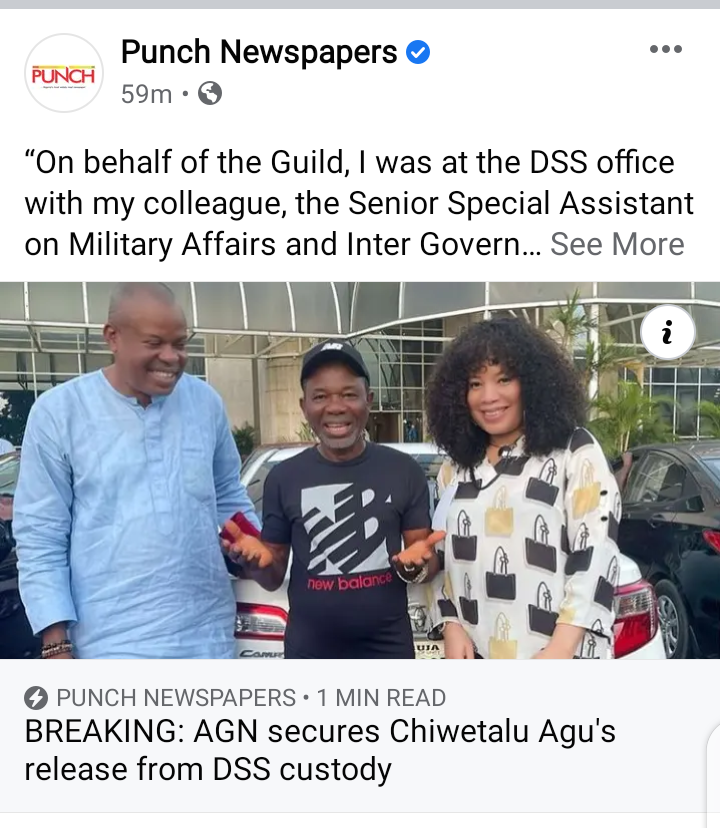 The statement signed by the AGN Communication Director, Monalisa Chinda, read, “The National President of the Actors Guild of Nigeria, Ejezie Emeka Rollas, has yet again secured the release of Actor Chiwetalu Agu from the custody of the DSS.

“On behalf of the Guild, I was at the DSS office with my colleague, the Senior Special Assistant on Military Affairs and Inter Governmental Relations to the President, Steve Eboh, to receive Mr. Agu today.

Governor Ifeanyi Okowa of Delta has predicted victory for the candidate of the Peoples Democratic Party (PDP) in the Nov. 6 governorship election in Anambra. 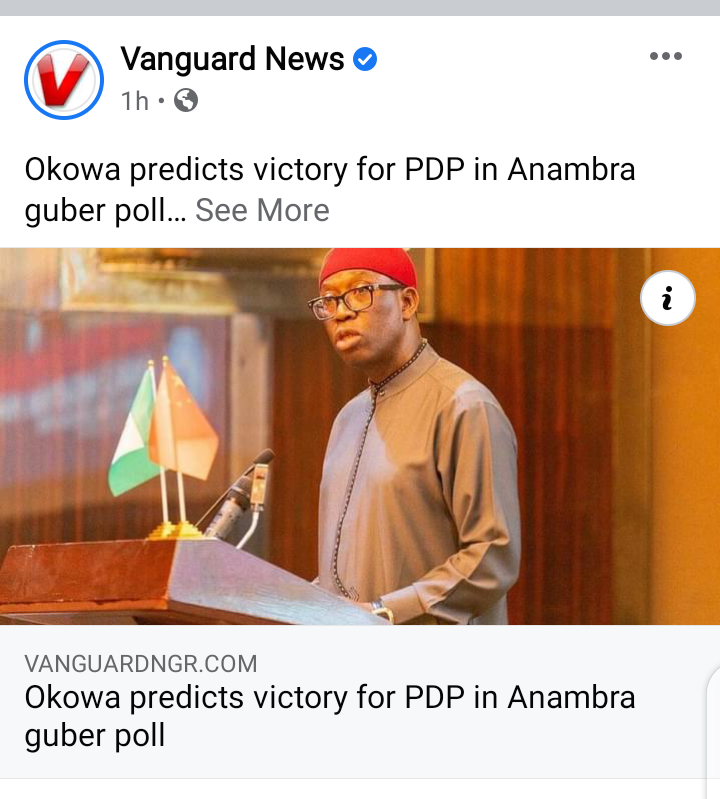 Okowa stated this when the party’s flag bearer in the election, Mr Valentine Ozigbo and some defectors from the All Progressives Grand Alliance (APGA) in Anambra led by APGA Youth Leader, Mr Magnus Eziokwu, visited him in Asaba on Tuesday.

He expressed the hope that what happened in Edo would be replicated in Anambra, adding that PDP stood a chance to win the election going by the preparations so far made by the party.

The Zamfara state House of Assembly has suspended two lawmakers over their alleged ties to bandits. 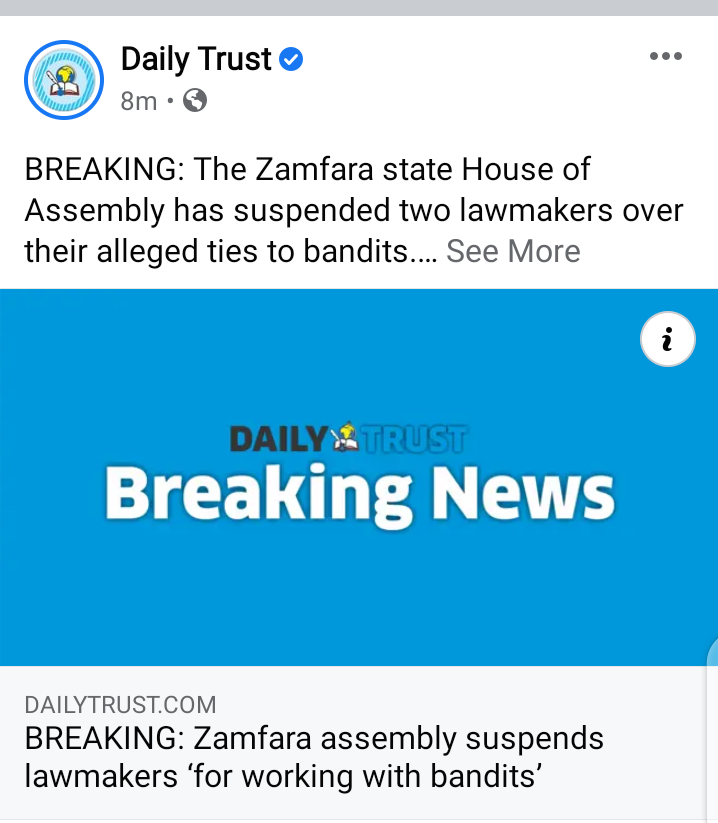 According to the Director General Press Affairs and Public Relations of the Assembly, Mustapha Jafaru Kaura, the lawmakers will stay off the assembly pending the conclusion of investigations on the allegation leveled against them.

“They are also to appear before the House Committee on ethics and privileges in conjunction with security agencies that are assigned by law to investigate them.”