By GarbaPen (self meida writer) | 14 days

House Of Reps Reveals When It Will Consider Motion On Pantami. 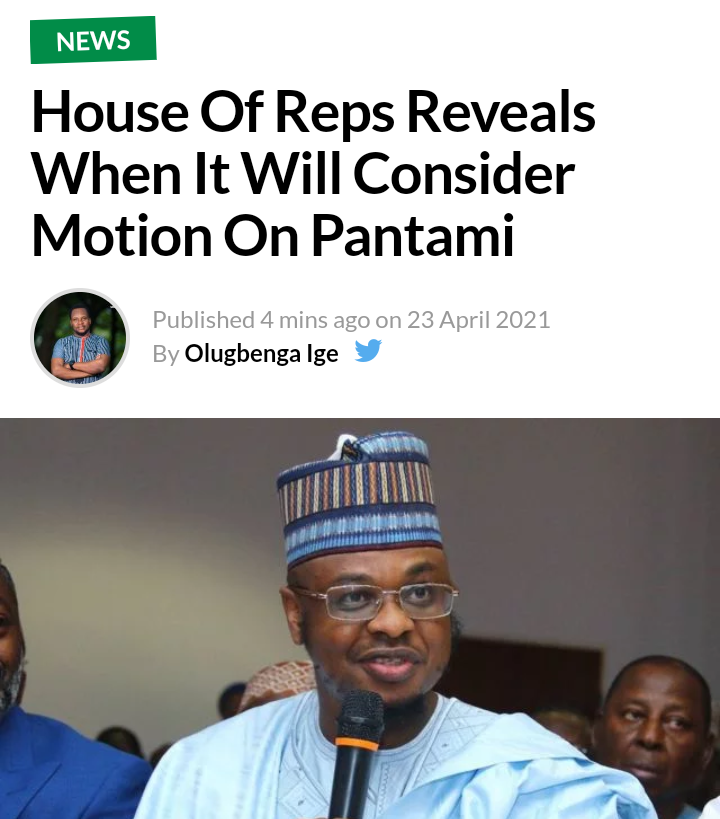 Nigeria's House of Representatives has revealed when it will consider the motion demanding the sack of the embattled Minister of Communications and Digital Economy, Isa Pantami.

Naija News had reported how the House Speaker, Femi Gbajabiamila, faulted the Minority Leader, Ndudi Elumelu, for raising a point of order calling for the sack of Pantami over his past views supporting terror groups such as Al-Qaeda and Taliban.

The speaker knocked the lawmaker for raising an external matter under privilege, which concerns issues that affect only lawmakersWhen plenary resumed on Thursday, a Borno lawmaker, Ahmed Jaha, drew the attention of his colleagues to reports claiming that the house blocked a motion on Pantami.

In a statement on Friday, the House spokesman, Benjamin Kalu, said the House will consider the motion demanding the Pantami's sack when it is presented properly.

Kalu also denied such reports, saying that the Green Chanber is ready to consider the motion from Elumelu when it is properly presented.

Don’t be afraid, you are not like Rochas Okorocha – Group tells Wike. 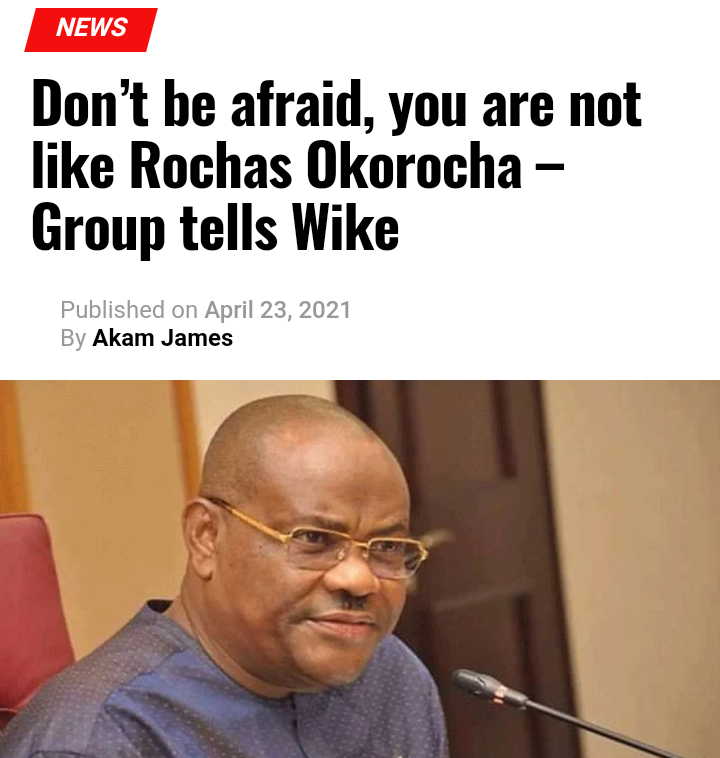 A Niger Delta group under the auspices of Movement for the Survival of Izon Ethnic Nationality in Niger Delta (MOSIEND), has advised the Rivers State Governor, Chief Barr Nyesom Wike to resist the temptation of imposing his successor on Rivers People, saying Rivers people should make their choice through the ballot.

MOSIEND also enjoined Governor Wike not to entertain any fears against imaginary or presumptuous political forces to victimize him after he leaves office on May 29, 2023.

The group insists that the state governor has nothing to worry so long as he remains upright, prudent, transparent and unbiased in his stewardship of the oil rich state.

This was contained in a statement issued to DAILY POST, on Friday through the National Secretary of MOSIEND, Amain Winston Cottrell.

The group said Governor Wike’s courage and boldness in speaking the truth on crucial National developments should not be a reason for his critics and detractors to hatch an evil plot against him when he eventually leaves office. 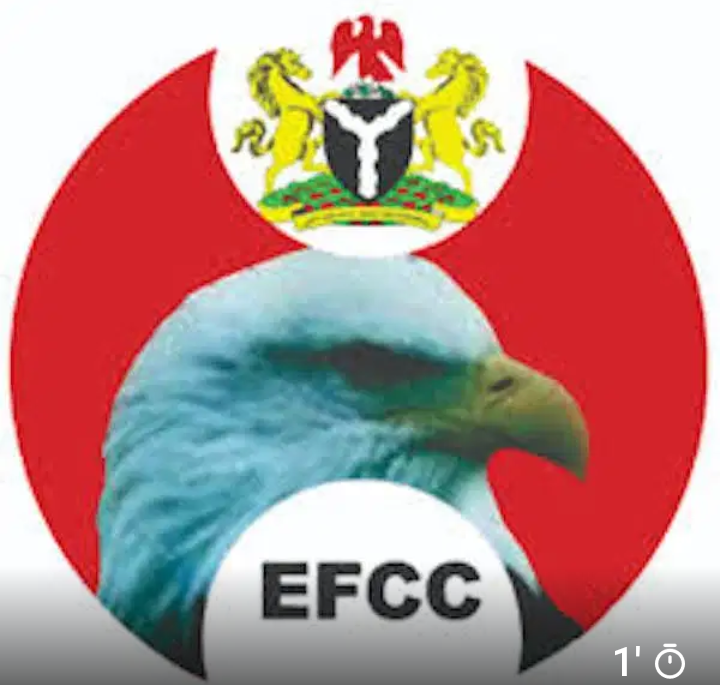 The Economic and Financial Crimes Commission (EFCC) Ibadan Zonal Office has arrested a Bitcoin trader for his alleged involvement in cybercrime.Mr. Wilson Uwujaren, EFCC’s spokesperson, said this in a statement made available to newsmen on Friday in Ibadan.

The News Agency of Nigeria (NAN) reports that the bitcoin trader was arrested alongside four others.

The EFCC spokesperson said the suspects were picked up from two locations at Elebu area in Ibadan.He said the suspects, whose ages ranged from 21 to 37, were arrested sequel to series of intelligence received by the commission on their alleged involvement in internet-related crimes. 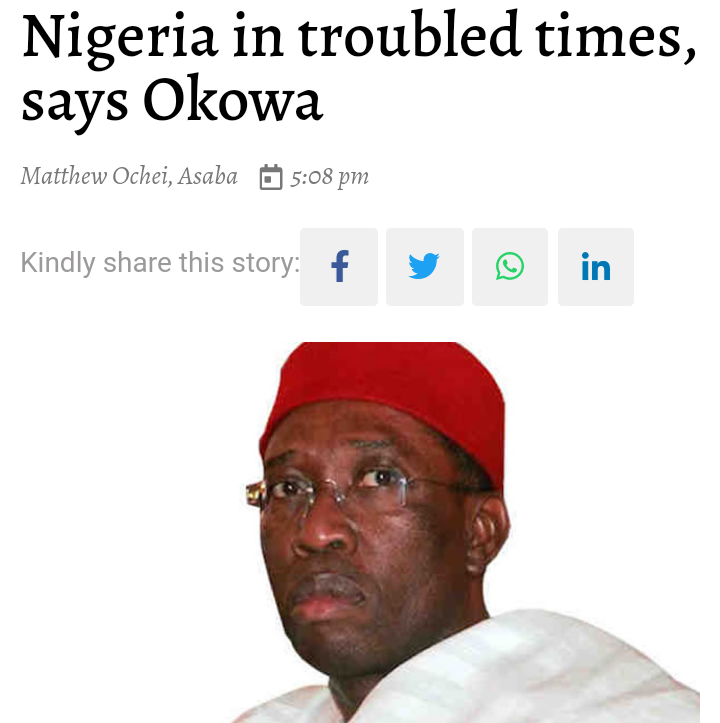 Okowa, who stated this on Friday, urged Nigerians to pray that God should change the situation.

He said, “Many people are hungry and can no longer feed themselves because they can’t farm the way they used to due to growing insecurity. 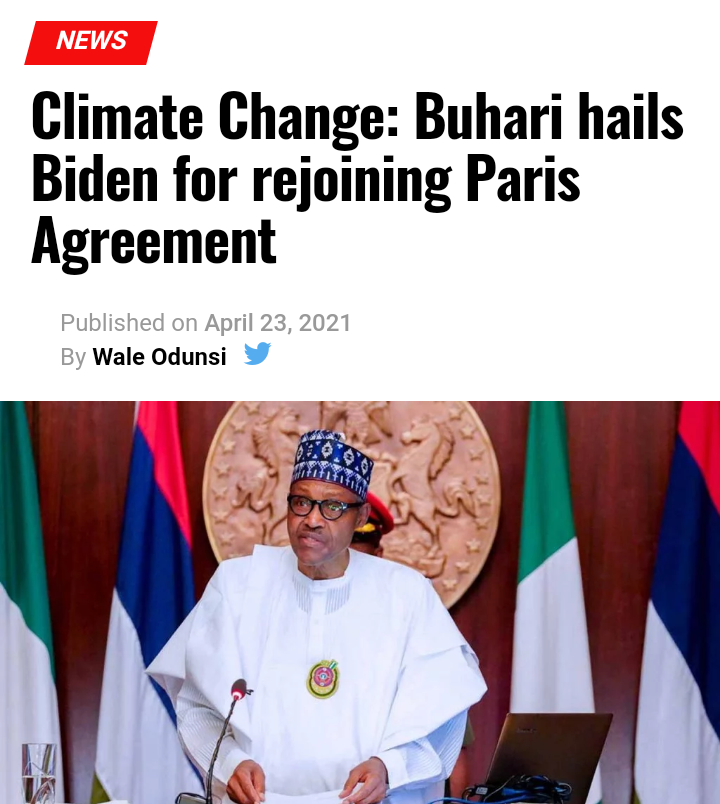 The action was one of the first orders Biden signed as he erased some actions of former President Donald Trump.

The agreement, signed in 2016, is within the United Nations Framework Convention on Climate Change, climate change mitigation, adaptation, and finance.

Speaking at a virtual Leaders Summit on Climate Change, the President said the fight to redress climate impact is the responsibility of all countries and stakeholders. 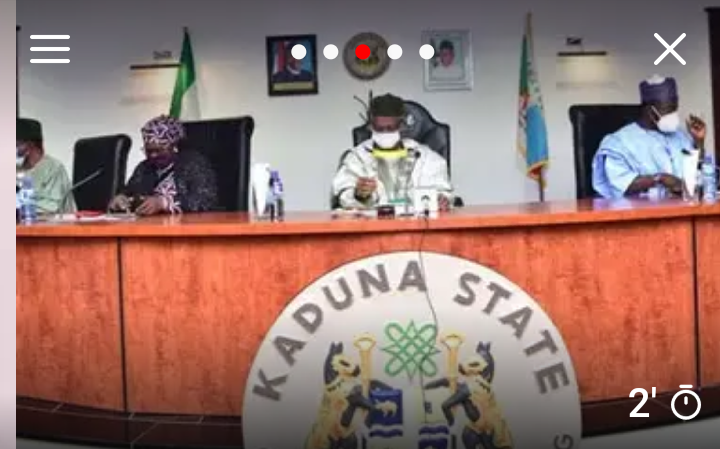 The Kaduna State Government has given 7 days quit notice to occupants of the old Panteka market situated near the main campus of Kaduna Polytechnic which hasbeing in existence for over 60 years.

The government warned the occupants to leave in 7 days or lose their properties . 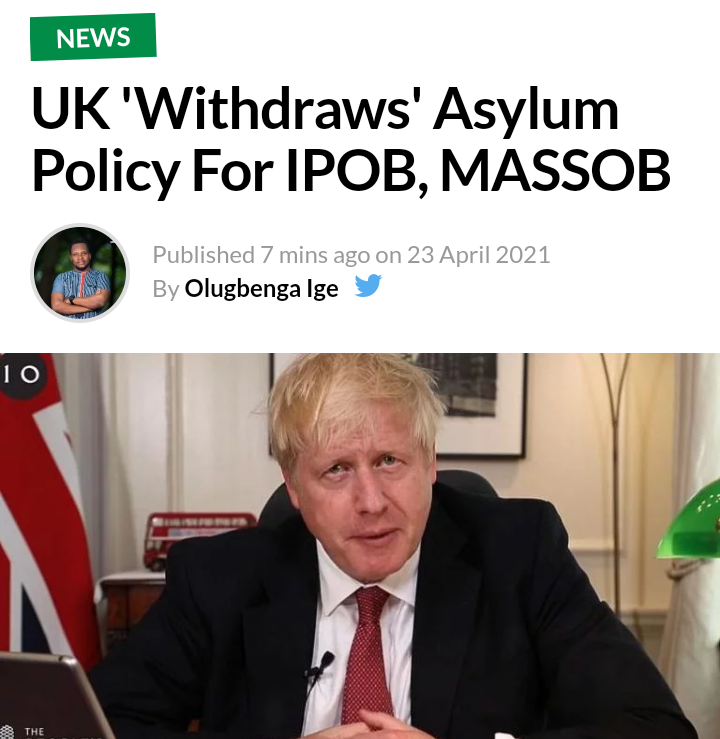 The British Government has reportedly withdrawn its asylum policy to the Indigenous People of Biafra (IPOB), Movement for the Actualization of Biafra (MASSOB), and other groups.

The British High Commission had on Wednesday said that all asylum and human rights claims from Nigerian nationals will be considered on their individual merits in accordance with its international obligations.

The commission added that it has a proud history of providing protection to those who need it, in accordance with its international obligations under the Refugee Convention and European Convention on Human Rights.

But in a swift reaction, Nigeria's Minister for Information, Lai Mohammed, said if indeed the UK government has such plans for IPOB and MASSOB members, it is totally wrong.

The minister described the decision as disrespectful, inexplicable, and a move that would sabotage Nigeria's fight against terrorism and undermine its security.

In a counter-reaction, the British High Commission maintained that the UK had a proud history of providing protection to those who needed it. 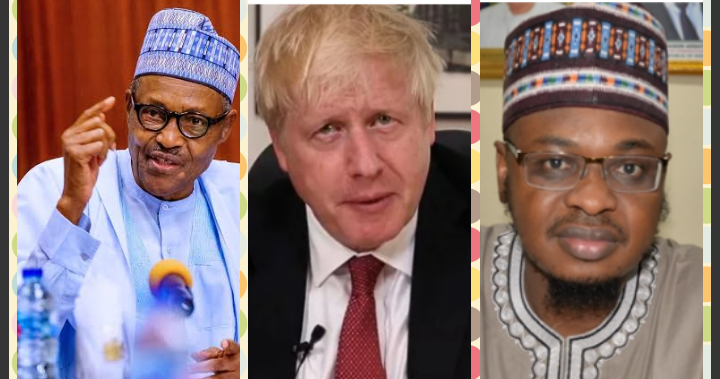