Many players have scored hat tricks in the English Premier League (EPL) but only five of them have done it in multiple clubs. The first player to score trebles in three EPL club is Jamaican-born English striker, Kevin Campbell. This star played in four English Premiership sides and netted hat trick in three of them. 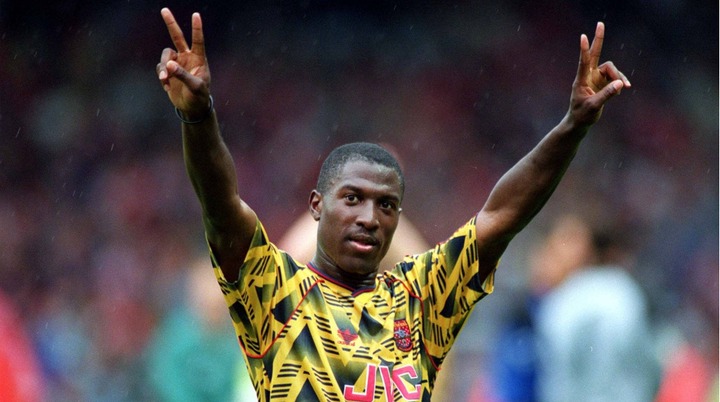 The former England U-21 striker scored his first EPL hat trick on September 11, 1993. He was one of the three Arsenal forwards that clashed with Ipswich Town at Highbury Stadium. His exploits began when he provided the assist that led to Ian Wright’s goal at the stroke of half time. Eight minutes later, campbell got on the score sheet. Just ten minutes into the second half, he added one more before completing the treble in the 64th minute.

Three months after, added another hat trick to his kitty. It happened on December 27, 1993 when Swindon Town hosted the Gunners. This time, he drew the first blood with a 19th minute goal. He doubled the lead in the 29th minute. Interestingly, Ian Wright was the forward that provided the assist in these two cases. In the 68th minute, Kevin took up a pass from midfielder Ray Parlour to increase the tally to three goals. Wright made it four goals one minute before regulation time.

Interestingly, Campbell moved to Nottingham Forest at the end of the season. He scored his first (and only hat trick) for his new club on August 17, 1996. It was a match day 1 visit to Coventry City. He scored two goals in the first half and another in the second half to complete a treble.

The right-footed striker netted another treble on May 8, 1999. This time he wasa member of Everton squad that hosted West Ham United. He opened the flood gate of goals in the fourteenth minute with a brilliant tap-in following a corner by Scot Gemmill. Campbell added two more goals (in the 52nd and 77th minute) to complete the treble. Meanwhile, three goals from Michael Ball, Don Hutchison and Francis Jeffers helped to complete a 6-0 defeat of the Hammers.