By GiftAdene (self media writer) | 16 days ago 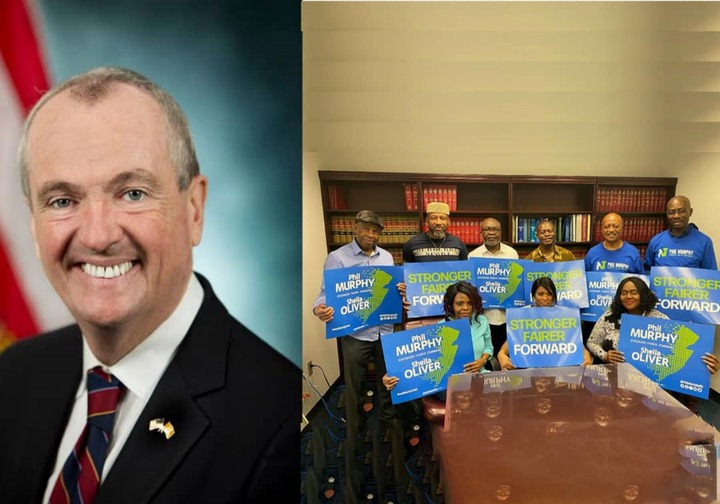 An African group in the United States, Diaspora Africans (DA), has endorsed Phil Murphy's re-election as governor of New Jersey ahead of the November 2nd gubernatorial election.

The group praised his swift, all-encompassing economic recovery measures as well as his tenacious frontline efforts to combat the coronavirus outbreak. They also maintained that his re-election will contribute in the fight against injustice and allow New Jerseyans to benefit from the democratic dividend.

Chief Charles Ugo Eke, the group's president, said during a news conference held in the state over the weekend that "Phil Murphy has done wonderfully well in the sub-region in the history of governance in the United States, therefore the necessity to re-elect the party in the 2021 polls."

"Our decision was reached through dialogue with all stakeholders in every sector of the sub-region; impacted by brain cracking, argument and counter-argument, as well as careful studied efforts that constitute the foundation for the re-election of the Murphy-led administration," he says.

"Let's not forget quickly, during the formative outrage of Covid-19, he launched the largest statewide vaccination program in the state's history grounded in efforts to ensure equitable access to all who live, work, and are being educated in New Jersey", he added.

Dr Amanda Ota, the group's Treasurer and Secretary, praised Murphy's welcoming gesture by signing a statute that allows unauthorized immigrants, including Africans, to earn professional licenses in the United States.

The development and passage of a multibillion-dollar economic recovery plan that brings accountability and labor safeguards to New Jersey's incentive programs, as well as arranging a focused suite of initiatives to raise the state's economy, has been a signature part of Murphy's time as governor.

Mr Akeju, a well-known music executive who recently joined the group, added his voice to the chorus, highlighting some of Murphy's security implications around the state.

"Security is a big concern, and Murphy has done well in this area," Akeju says.

"He signed a package of common-sense gun safety legislation that places New Jersey among the states with the toughest gun regulations in the country, founded the States for Gun Safety Coalition, and established the Center for Gun Violence Research."

"He also distributed hundreds of millions of dollars in federal stimulus funds across the state to ensure robust remote learning, including closing the digital divide for an estimated 231,000 Pre K-12 students, supporting the safe reopening of schools and institutions of higher education, and assisting our students in recovering academically, socially, and emotionally from the pandemic."

"I believe he deserves a second opportunity, and as a group, we will continue to provide him our sincere support even after the election."

Content created and supplied by: GiftAdene (via Opera News )