By FrankWrites (self meida writer) | 14 days

President Muhammadu Buhari has said that he won't sack the Minister of Communication and Digital Economy, Isa Pantami, over his past comments in support of terrorist groups like Taliban and Al-Qaeda. 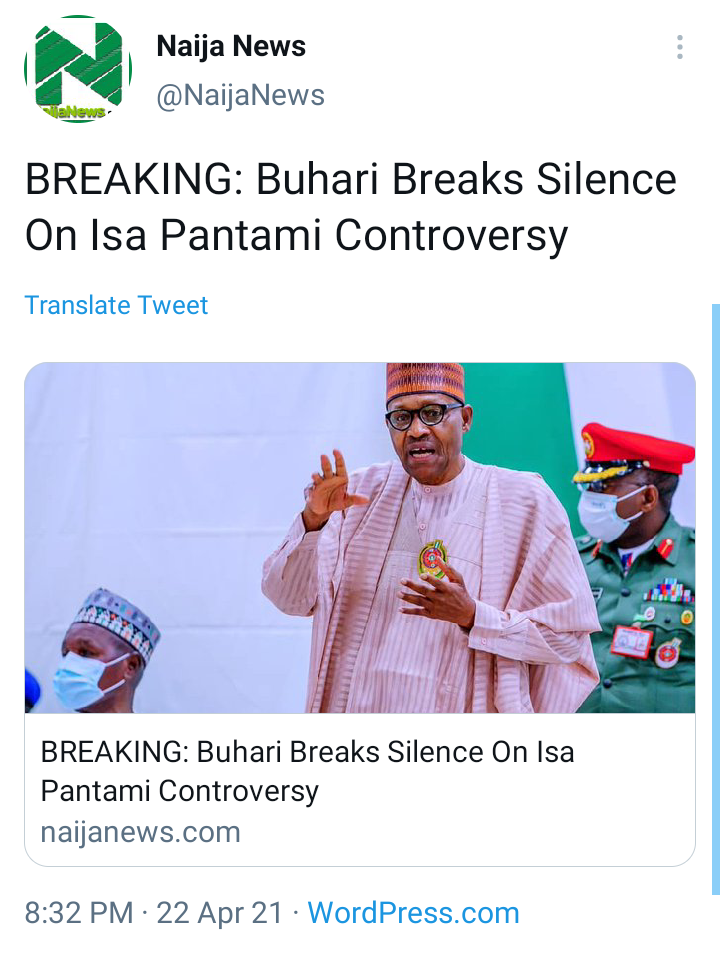 Naija News reports that Buhari made this known in a statement on Thursday titled 'Statement by the Presidency on recent campaign against the Minister of Communications and Digital Economy," released by his Special Special Assistant to the President on Media and Publicity, Garba Shehu. 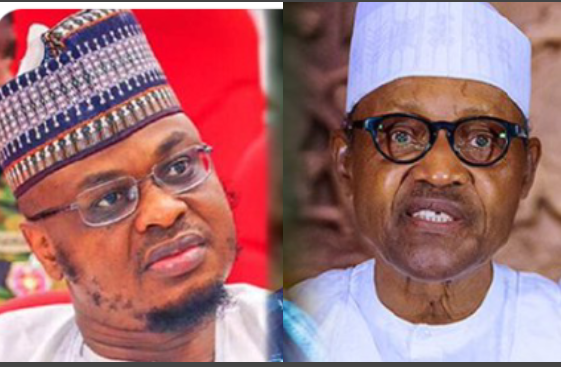 He said Pantami's ordeal in the hands of those calling for his sack was not about his past utterances but about his current job as a minister.

Buhari backed Pantami's explanation that he was young when he made those statements and that his position had since changed.

The Nigerian leader warned that “such wanton disregard for life will be brought to an end sooner than later.” 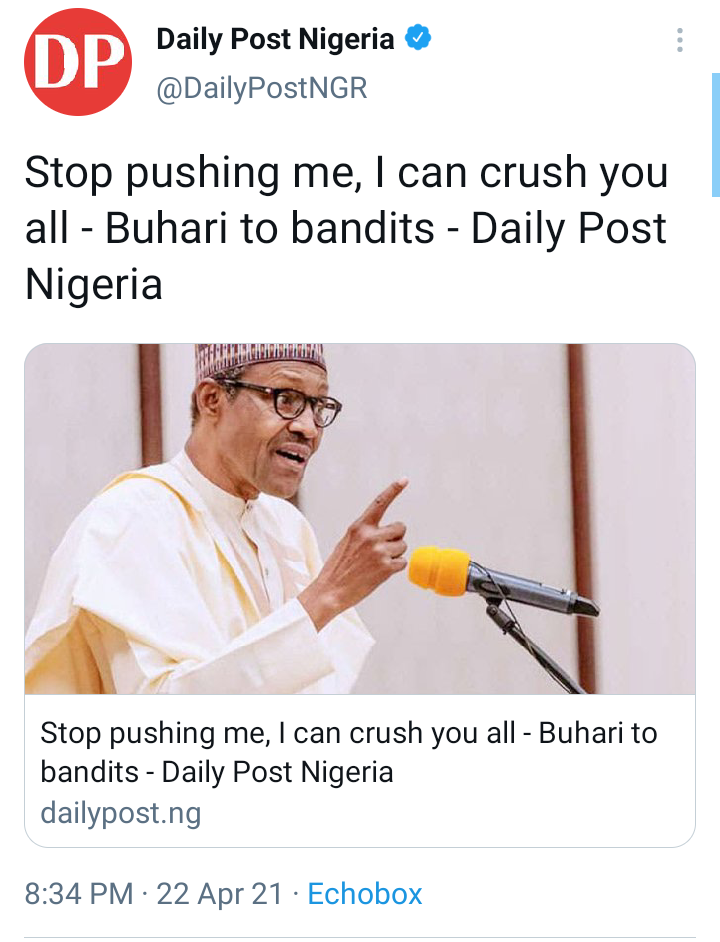 President Buhari in a reaction to the incident said that “this insane and persistent violence against innocent people must stop”.

He added that “these criminals should stop pushing their luck too far by believing that the government lacks the capacity to crush them.”

The President directed the military, security and intelligence agencies to take immediate steps to close all existing gaps in their operations being exploited by criminals to wreak havoc.

He expressed hope the Special Operation launched by the military at 3:00am on Thursday from Maru Local Government area will prove decisive in ridding the state of the “frequent and horrifying" bandit activities.

President Muhammadu Buhari has approved the appointment of 18 new justices recommended for the Court of Appeal. 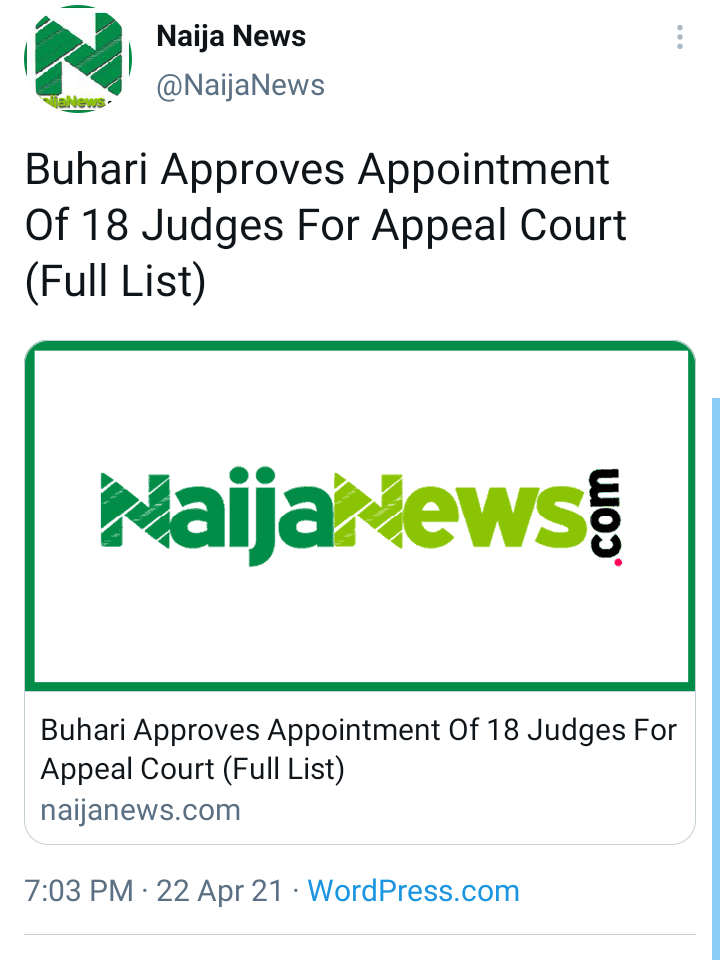 Recall that the National Judicial Council (NJC) chaired by the Chief Justice of Nigeria (CJN), Justice Ibrahim Muhammad, had in March recommended the justices to the president for elevation.

In a letter addressed to NJC, Chief of Staff to the President, Ibrahim Gambari, disclosed that Buhari has given his approval. 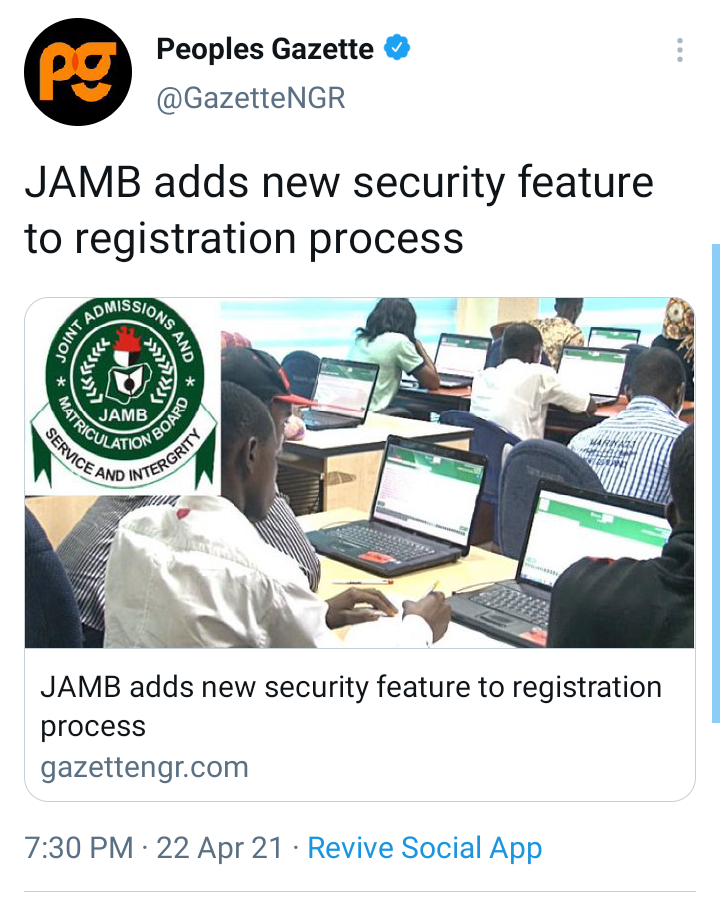 In a statement released by the board, the new measure is in addition to several others put in place to guide against manipulation, abuse and exploitation of candidates as well as forestalling examination malpractices.

It further explained that candidates should immediately raise the alarm if the picture does not match the face of the registration officer, as such a person is not authorised to register them or they are in a completely unauthorised registration outlet.