By Specialty (self media writer) | 18 days ago 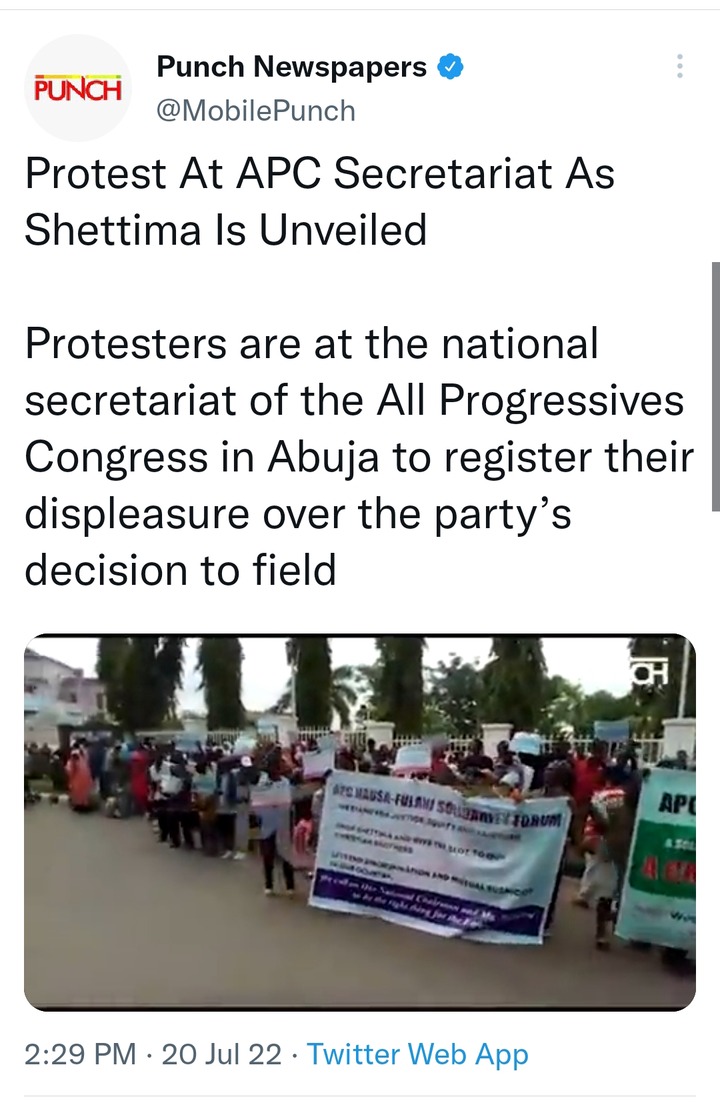 Protesters are at the national secretariat of the All Progressives Congress in Abuja to register their displeasure over the party’s decision to field a presidential and vice presidential candidate of the same faith in the 2023 election.

The protest is coming at the same time the former Governor of Borno State, Senator Kashim Shettima, is being unveiled as the running mate o the APC presidential candidate, Bola Tinubu, at the Shehu Musa Yar'Adua Centre in Abuja. 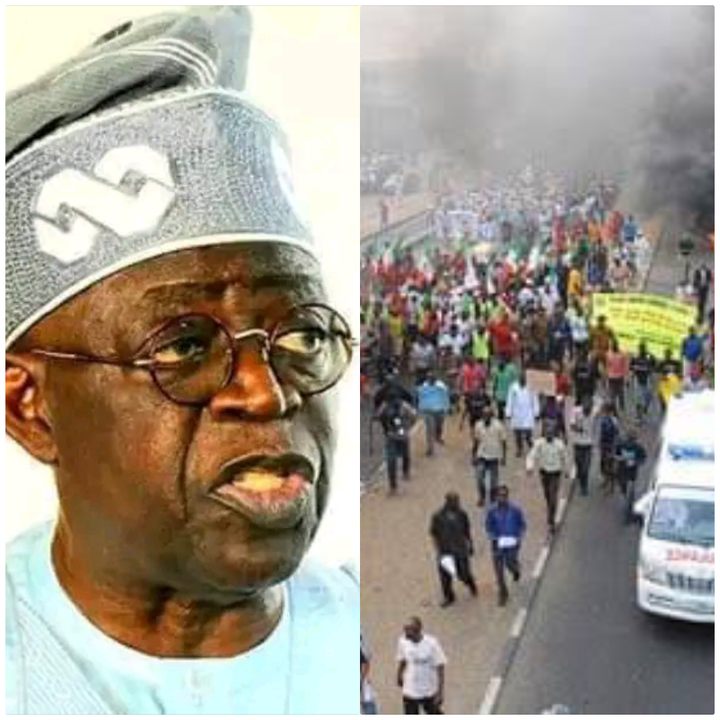 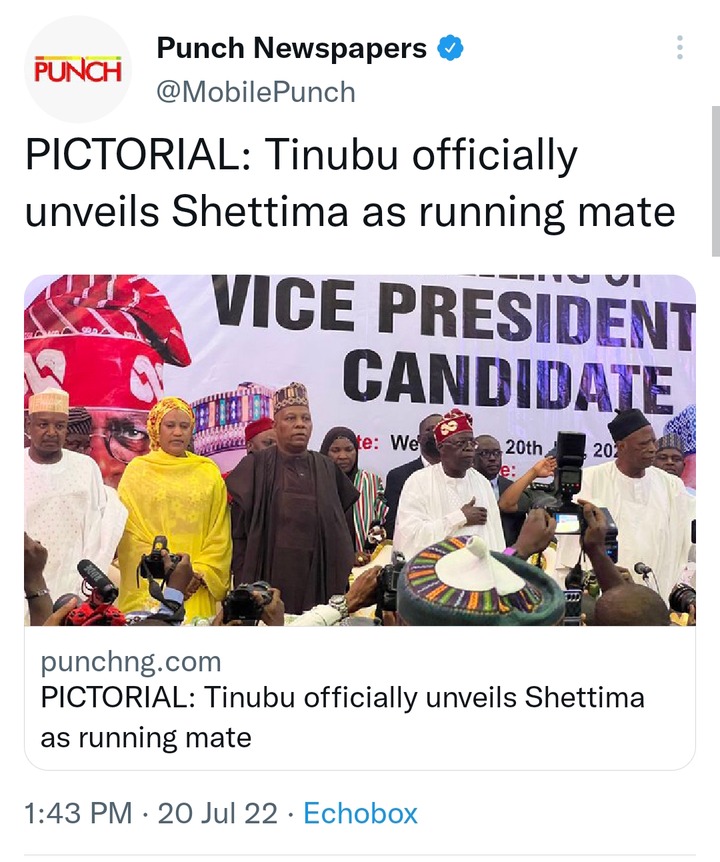 This was coming barely two weeks after the national leader of the party picked the lawmaker as his vice-presidential candidate.

Tinubu, who is a former Lagos State governor alongside other APC stalwarts, including the party’s National Chairman, Abdullahi Adamu, officially unveiled Shettima at the Shehu Musa Yar’Adua Centre in Abuja, on Wednesday. 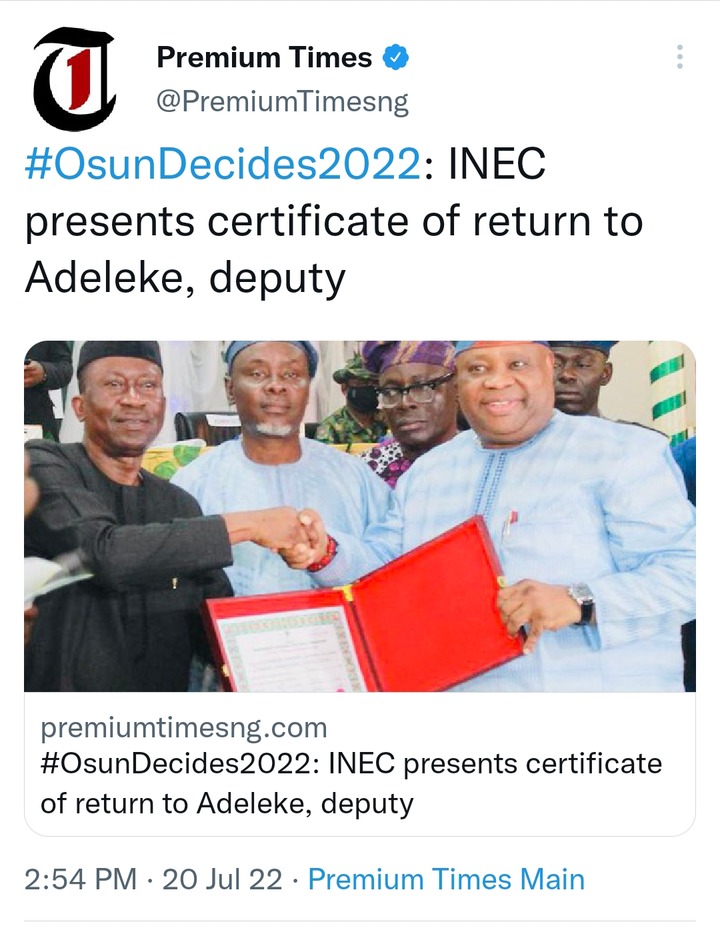 The Independent National Electoral Commission (INEC), on Wednesday, issued certificate of return to Osun State governor-elect, Ademola Adeleke, after his nephew and popular musician, David Adeleke, aka Davido, questioned its reluctance to do so.

The musician, on Tuesday, questioned the delay by the electoral body to issue certificate of return to the winner of the July 18 governorship election 48 hours after the exercise. 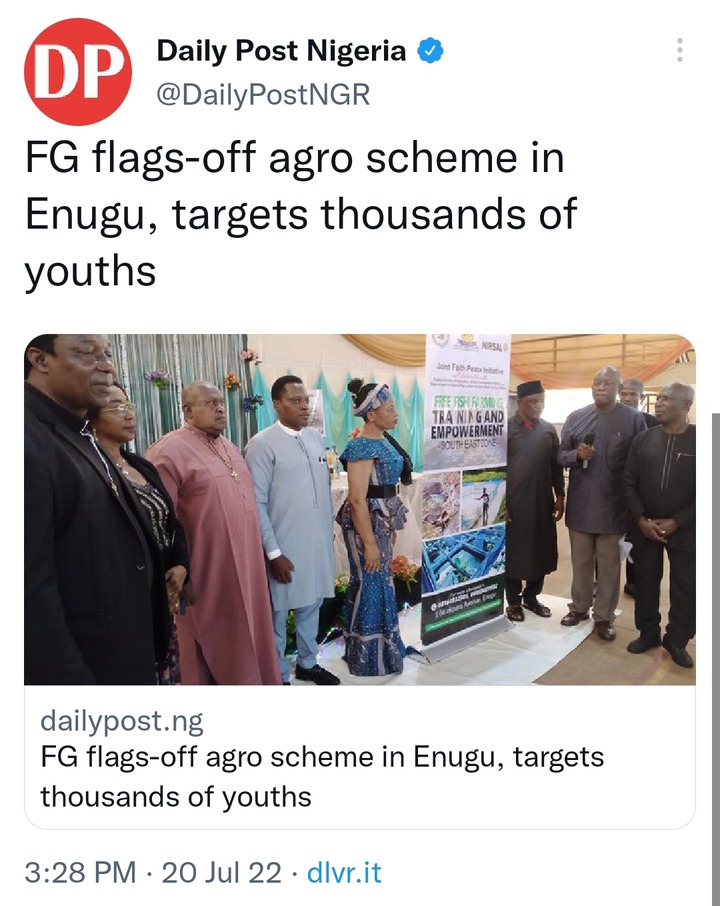 The Federal Government, in collaboration with the Joint Faith Peace Initiative, has flagged-off an agricultural scheme aimed at empowering at least 1000 citizens in each of the 36 States of the Federation.

The selected beneficiaries will receive fresh fish farming training and a start-up fund.

Minister of Agriculture and Rural Development, Dr. Mohammad Mahmud Abubarka, who flagged-off the exercise in Enugu, for the South-East zone, said the government was keen on diversification of resources. 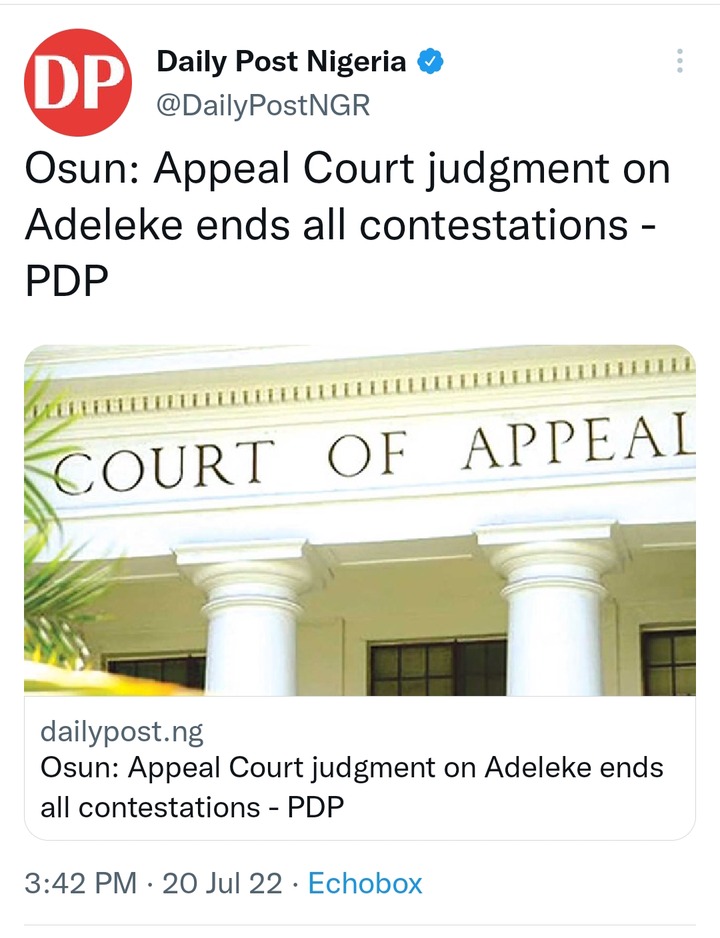 The Peoples Democratic Party (PDP) says the Appeal Court judgement has put to rest all contestations regarding the validity of the candidacy of the Osun State Governor-Elect, Ademola Adeleke.

Court of appeal in Akure, Ondo State on Wednesday dismissed a suit filed by Dotun Babayemi, governorship hopeful of PDP against Adeleke.

PDP in a statement by its National Publicity Secretary, Debo Ologunagba, Wednesday said the judgement has further validated the will and aspirations of the people of Osun State who overwhelmingly voted for Adeleke.