By ugnwachukwu (self meida writer) | 14 days

It was a game to forget for four time world champions Germany as they lost to minnows North Macedonia, the game was an opportunity for Germany to move to the top of group J, but the upset from North Macedonia ensured they dropped to third on the group standings. 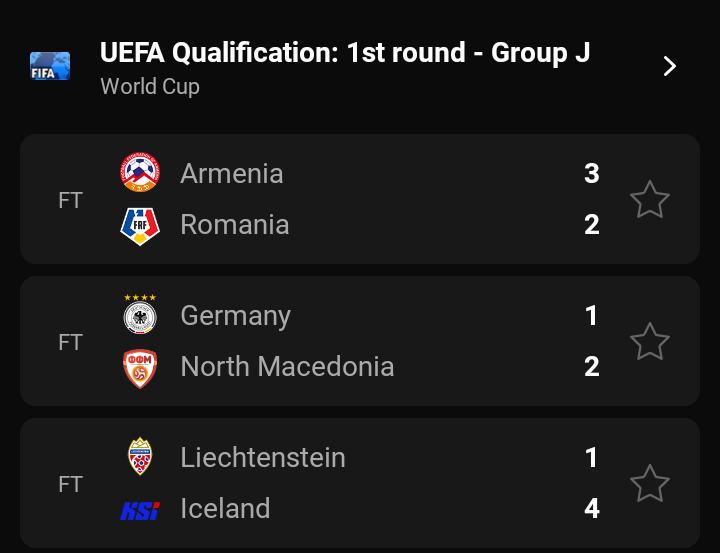 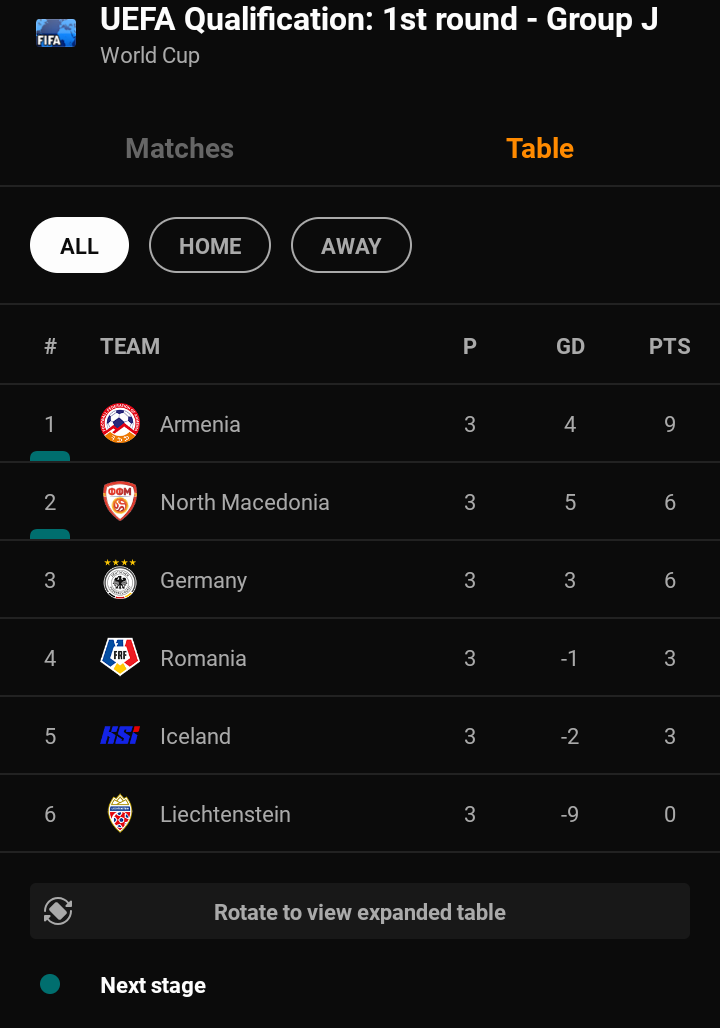 The European minnows were totally dominated by Germany but they got an unlikely goal In the dieing minutes of the first half as Goran Pandev scored.

The second half saw Germany stage a comeback and they were able to grab an equalizer through Ikay Gundogan, the Man City attacker equalized through a controversial and somewhat unlucky penalty. From there on it seemed like Germany would go on to win the game but they were shocked in the 85th minute when Eljif Elmas gave N. Macedonia a second lead of the game.

With Germany trailing 2:1, a golden opportunity fell to Timo Werner but as the case has been since his big money move to Chelsea, the £55m striker fluffed the chance as his team suffered a shameful defeat. 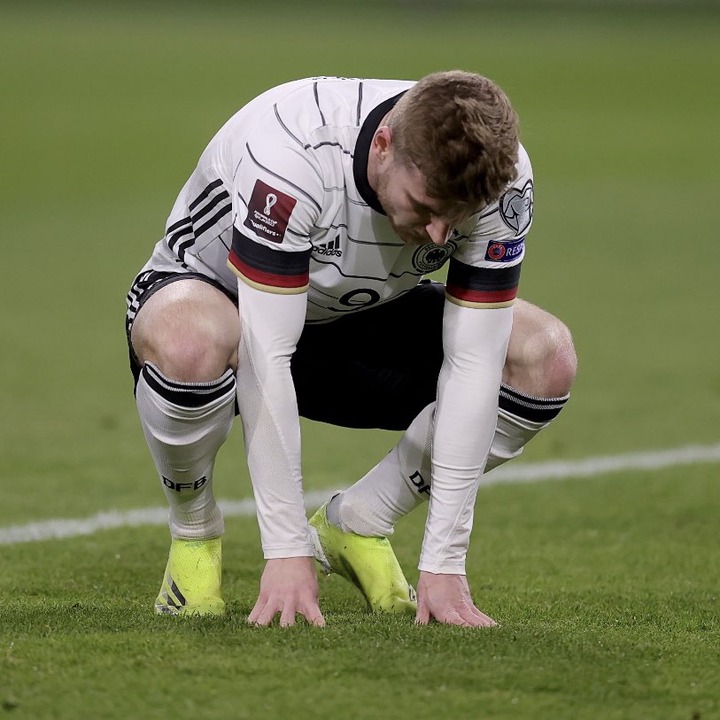 For Germany it was a heartbreaking loss, for Macedonia it is probably the biggest victory in the Countries history, for the neutrals it was another wonderful game of football and one man who seems to be a neutral for the game congratulated N. Macedonia on his Twitter handle.

Former Bayern Munich and Man United midfielder Bastian Schweinsteiger took to Twitter to show his respect for North Macedonia although he is now retired but he was a big player for Germany during his active days, here is what he said about the victory.

My respect to North Macedonia, unlucky penalty against them, clear penalty not given and these guys win their away game against a 4 time world champion. Chapeau. 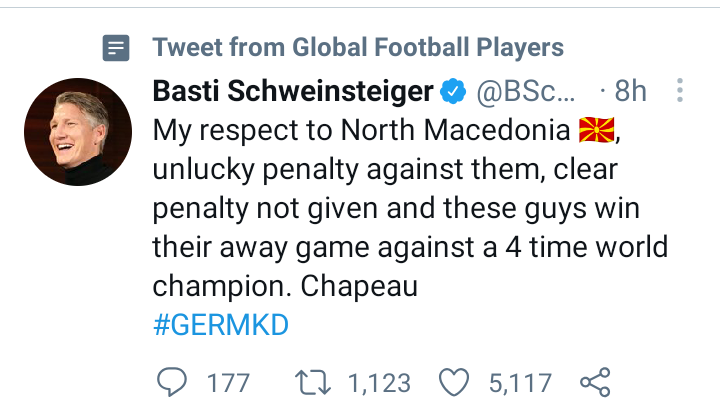 No one would have expected Germany to lose to North Macedonia but that's the beauty of football it's never over until the final whistle.