Divergent Views of the Federal Lawmakers on Buhari's 2022 Appropriation Bill

By DanielCE (self media writer) | 11 days ago 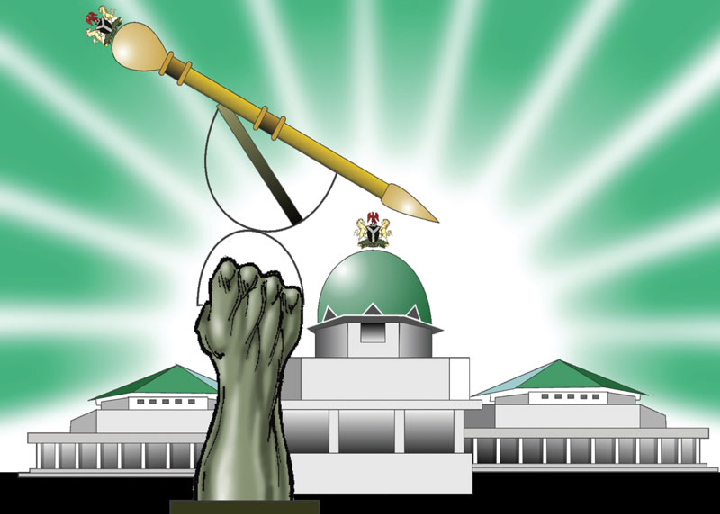 The Federal Lawmakers had expressed divergent views on the 16.39 trillion naira 2022 Appropriation Bill presented to the National Assembly by President Muhammadu Buhari. While some federal lawmakers, especially the House of Representatives Minority Caucus, described the budget estimates as uninspiring, others, including senators and House of Representatives members, said the appropriation bill signified hope for the teeming populace.

According to the House Deputy Chief Whip, Honourable Nkiruka Onyejeocha, she is excited that gender issues are being included in the budget for the first time.

The leader of the House Minority caucus, Honourable Ndudi Elumelu, in his opinion concerning the 2022 budget, at the 94th National Executive Committee (NEC) meeting of PDP in Abuja, said the budget had no solution to the challenges facing the nation.

He however, stated that the caucus would do all in its powers to lobby for the redirection of the budget for the benefit of Nigerians.

Senator Olamilekan Adeola described the fiscal plan as a budget of hope. "President Buhari has given assurance that the deficit would be financed by borrowing. He has said we have nothing to fear, the borrowed tied to specific verifiable projects and we are convinced it will take care of our needs. We also hope it will take us out of misery, given critical attention to education and security," he said.

Honourable Babatunde Ayeni (the Deputy Chairman of Police Affairs committee), in his reaction, stated that, the main expectation was on security, and that the country is going nowhere without adequate funding of the security sector. “Our expectation on the 16.39 trillion naira budget, is especially on security. This time around, everybody in Nigeria is talking of security and if you do not fund that aspect of the budget well, we are not going anywhere. The police need more funds than even last year. If you say police must perform, automatically they must be funded," he said.

In his reaction, Senator Ayo Akinyelure stated that, he believed the budget was aimed at fixing the country.

According to Senator Uba Sani:

"Infrastructure development and education were key to the country’s growth and development. The National Assembly therefore, needs to increase the level of oversight to ensure that key revenue generating agencies add value to the federation account."

Senator Abdullahi Adamu in his contribution said, “Every country is borrowing. England is owing over 3 trillion pounds. So, we must borrow about 6 trillion naira to fund the budget." He added that, since the it was the last budget the present administration would implement fully, the government would ensure that projects started were completed.

Senator Ishaku Abbo stated that the 2022 budget is to stimulate economic recovery. “I believe the budget should be more. I know you will ask about the issue of borrowing. Nigeria is not the only country that borrows money. I have no problem with borrowing to fund the budget in as much as money borrowed would not be used for payment of salaries, but for infrastructure development," he said.

Honorable Babajimi Benson while adding his voice to the debate, stressed that Nigeria should do whatever it can to ensure that borrowed funds are used to fund infrastructure as no country could develop without infrastructure. "I’m happy today that Mr. President also said that the 2021 budget will be funded 100 per cent and that before the end of his administration all on-going infrastructure would be completed. That is good news for Nigerians because, at the end of the day, it is for the betterment of our citizenry. We should all pray that Mr. President completes these projects as said. So once that is done it will be a new dawn of prosperity for us in Nigeria," he said.

Many other federal lawmakers and groups expressed their views on the budget, but this is the much we got.

I was cleaning gutters, fetching water for N20, N80 in Nigeria – Victor Osimhen