By Satinews (self media writer) | 1 year ago 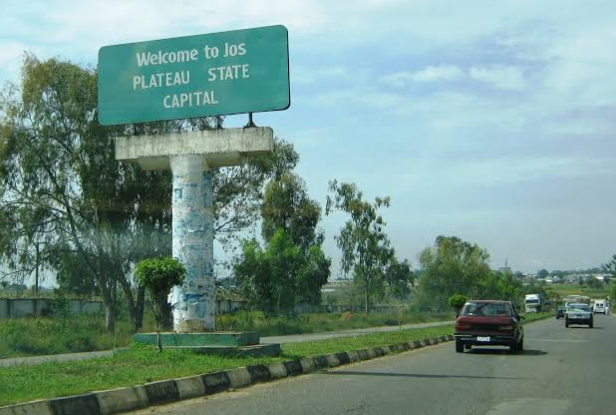 It is no longer news that people in their numbers have been reported to dead in some major states in the north, one of the major deaths was recorded in Kano states, where people die in their numbers with a disease the state government is still trying to fathom, some other northern states suffer same fate of this high number of dears.

Rumors going round is that the deaths recorded in those states might be related to the novel coronavirus. This thought sprang up out of the fact that, the deaths was recorded a short period after those states confirmed their first case of Coronavirus and subsequent cases. Even though the family members of those that died when asked described the symptoms leading to their death which correlate with the symptoms of the novel coronavirus.

Plateau state being one of the member of the northern state forum also recorded it share of the deaths. Daily trust while interviewing one of the undertakers Bashir Muhammad today confirmed that most of the relatives of the deceased persons told them that the death was caused by ulcer and not any strange disease.

One Bello Lukman took this story to his Facebook page where it attracted a lot of concern from his followers, asking questions like hope the state government is not trying to bury the real story behind the death, others however expressed concern and pray what one of the undertakers said is true with regards the caused of deaths. 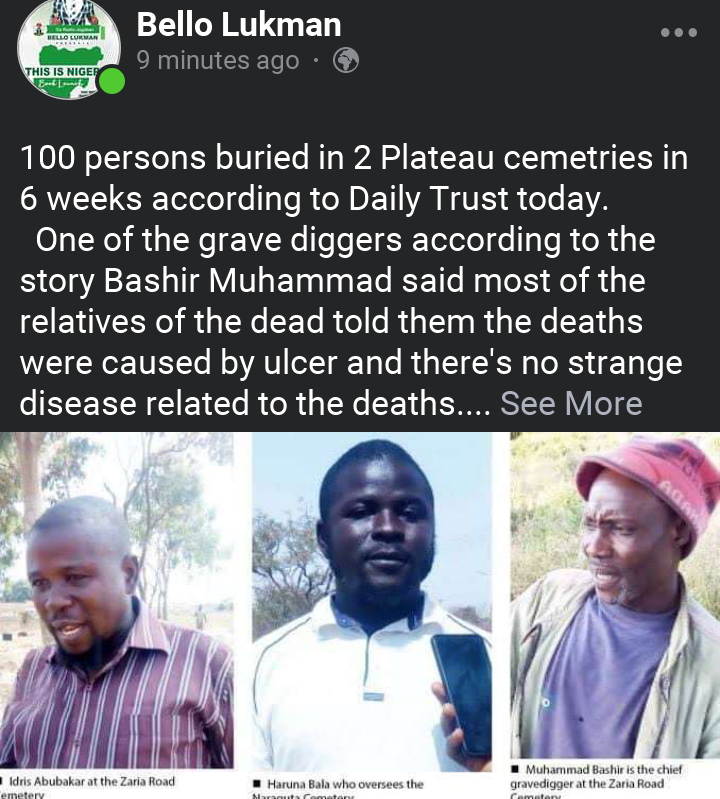 At this point, it is pertinent that the state government takes further steps to investigate fully into this story to find out the real cause of death. This is rather unusual to record 100 deaths in the state in about 6 weeks without any crisis or attack.