By OhAfriculture (self meida writer) | 9 days

Traditional religion, particularly in Nigeria has been suppressed by introducing foreign religions such as Christianity and Islam, but there are still people that hold in high esteem and passion, the practice of traditional religion, and among these people is the newly crowned Oluase Olokun Agbaye, HRM Lara Fashola-Fanimokun, who said the title wasn't invented by any man, but it's a title given by the Olokun deity because it came out of the river which everyone witnessed. 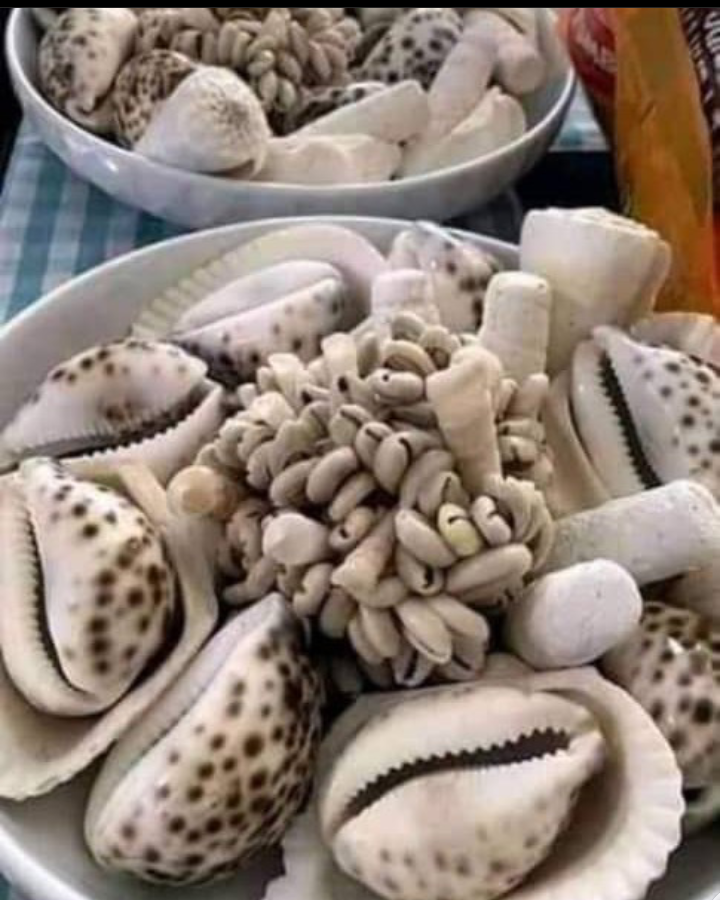 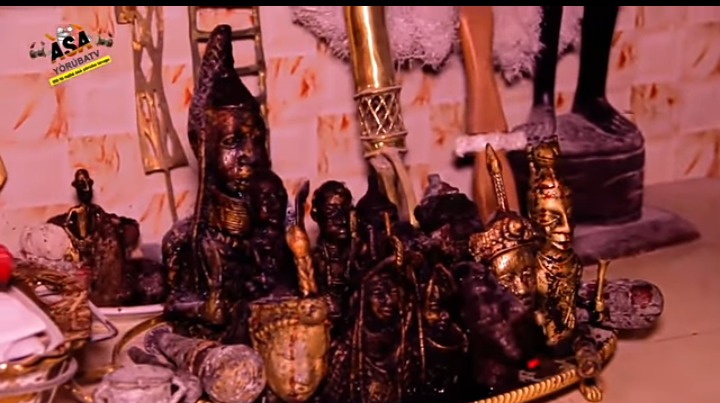 Olokun is known as a water deity that is alleged to have the ability to make and equally give wealth, health and prosperity to those worshiping the Olokun deity. The above images are items and image of the Olokun deity found in her palace. 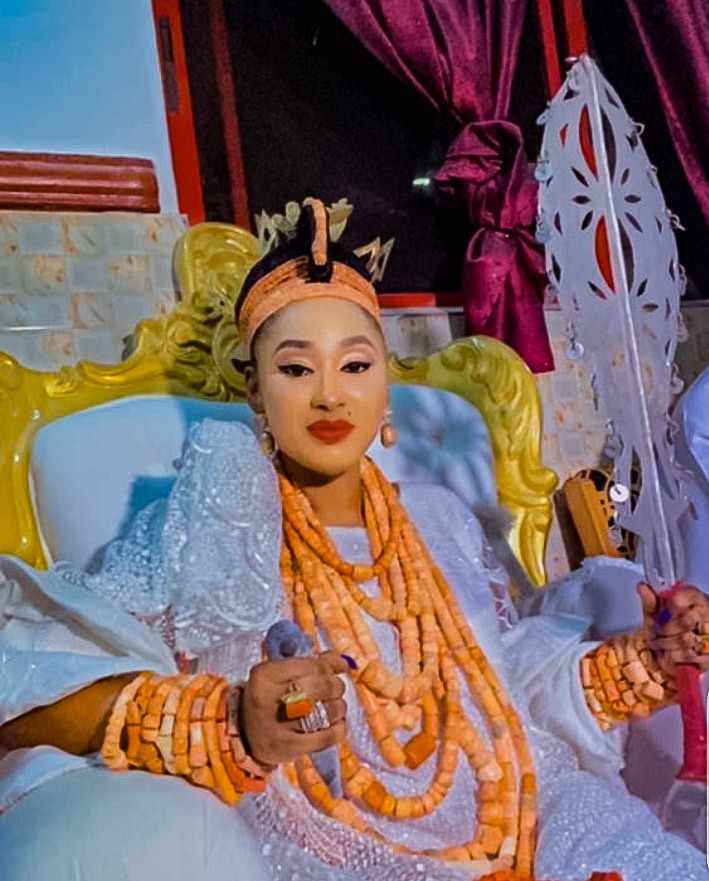 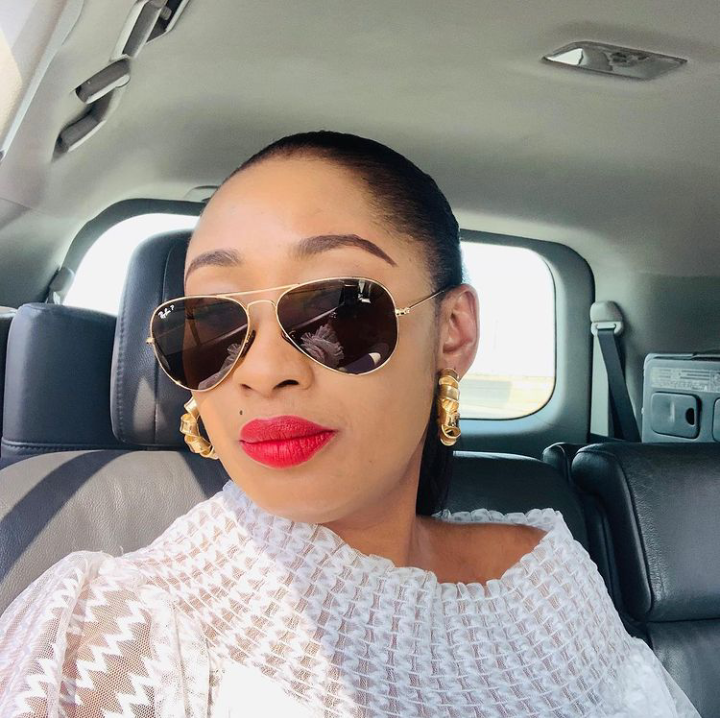 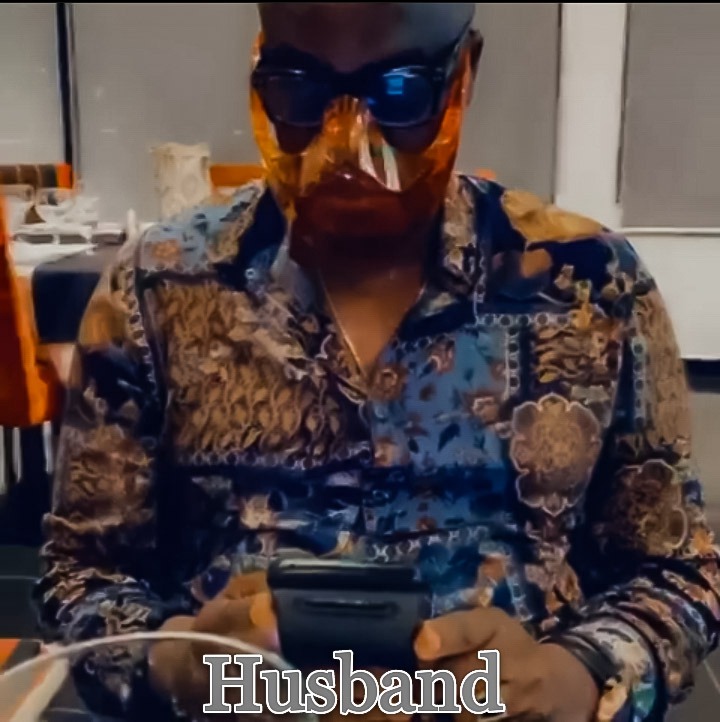 HRM Lara Fashola-Fanimokun, the Oluase Olokun Agbaye, is an accomplished woman that one hardly ever sees blowing her gong or making noise about it. She had her education at the University of Michigan, the United States of America, where she graduated as a Maritime lawyer. She is the Chief Executive Officer and Managing Director of Neptune and Luara limited and also owns a foundation known as Olokun Foundation. She is a lovely wife to a handsome man that she so much admires, Mr. Fanimokun. 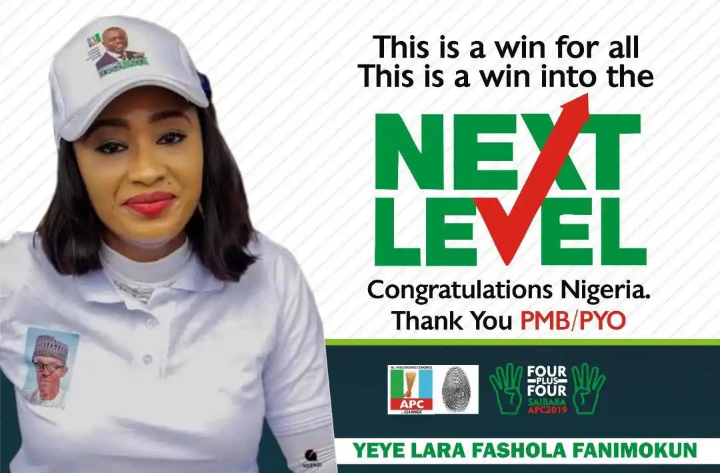 She is also an influential woman of many parts. It's only a few people that knew she is also a politician like her uncle, the former Governor of Lagos State and a current Minister, Raji Fashola. HRM Lara Fashola-Fanimokun is a card-carrying member of the All Progressives Congress (APC), and was appointed as a Special Adviser to the coordinator of the presidential support committee in the region of South-West during electioneering campaign for Buhari's second term in office, and she had once served in the capacity of a regional commander of Peace Marshal, an agency under the Ministry of Foreign Affairs. 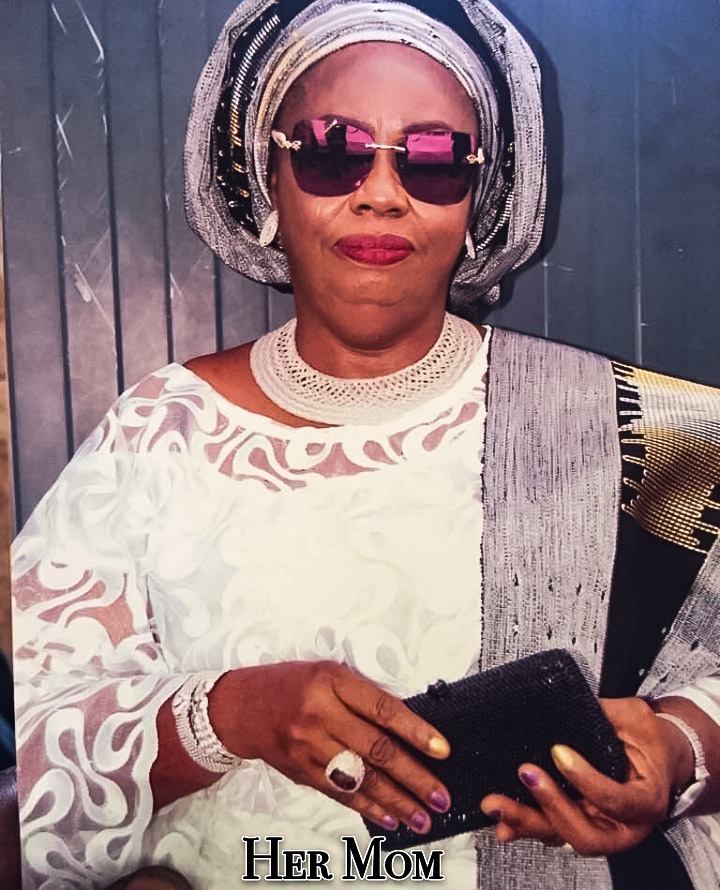 Though, she is a native of Lagos, which makes her a Yoruba lady because that's where her father comes from and her mother is from Edo State. Recently, she was crowned with the highest traditional Olokun traditional title in Edo State, and now she is the Oluase Olokun Agbaye despite, she's not a native of Edo State. In a tête-à-tête with Asa Yoruba Television, she explained what her new title means and how she attained the esteemed position without being linked to any person in Edo State. 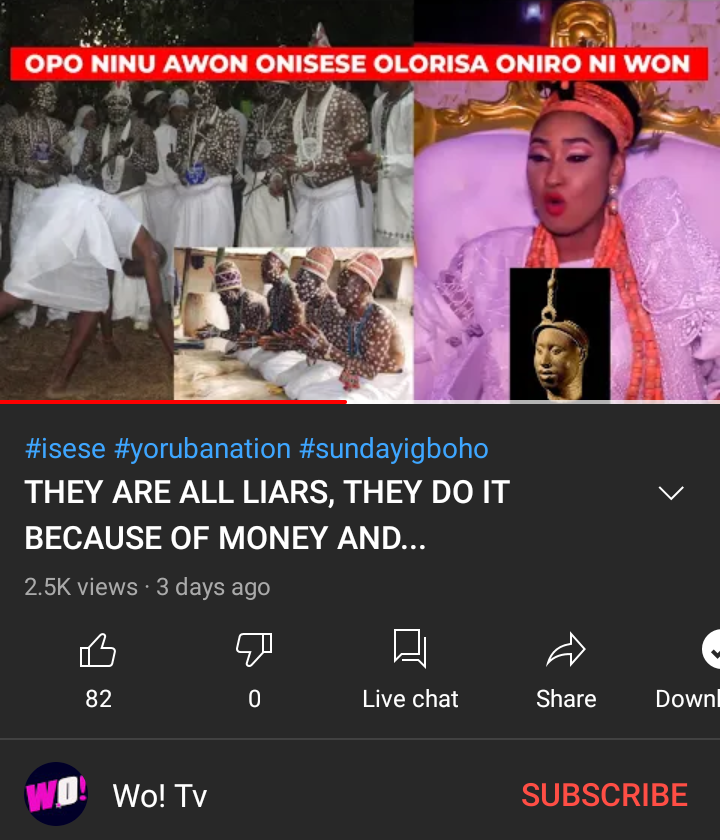 Narrating how she attained the feat in a 28-minute YouTube video shared by Wo! TV, she said this year made it the seventh year that Olokun deity made it known to some traditionalists in Benin that her first child was in Lagos and they should attempt to look for her. Though, her mother is a native of Benin, but she as a person didn't visit Benin, owning to the fact that her own biological mother never visited since the demise of her parents. Last month, she saw a vision that she would be called upon from Benin and she called to tell her mother about it. According to her, she said her mother was surprised how would such be possible and asked if she has a link with somebody in Benin, but she answered, no! 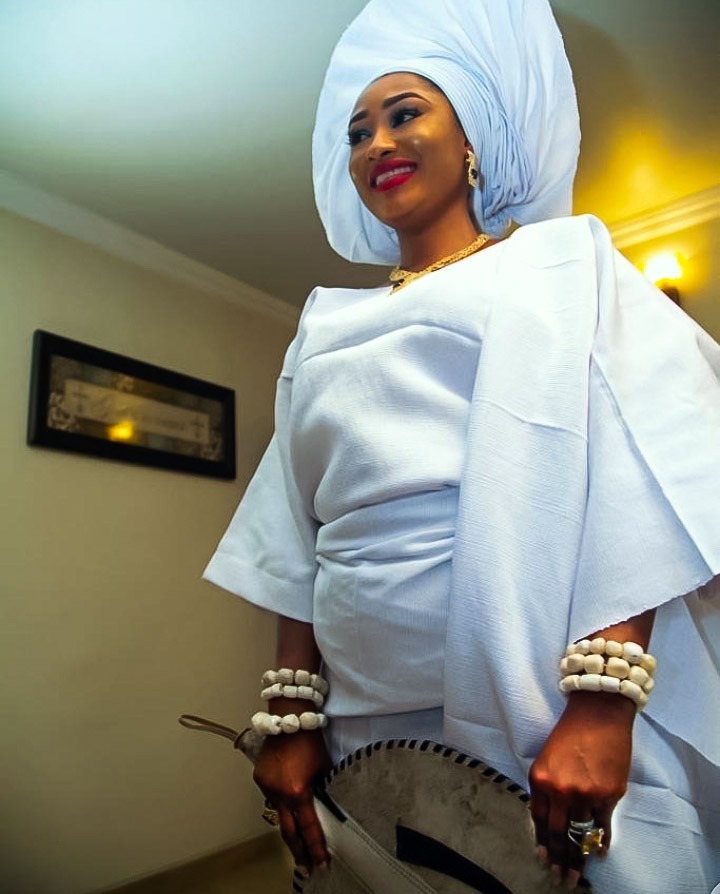 She said, one day, they were at the beach celebrating Ose Olokun, when a representative from the Benin kingdom came and he told her that her presence was needed in Benin. He also told her that they had been looking around for her, after seeing how beautifully, she has been promoting the Olokun tradition on her Instagram page. This act made them to consult an Ifa on her behalf, and it affirmed to them, that she's the child the Olokun deity was talking about. She also had to consult the deity by herself to confirm the authenticity of their claimed, and she discovered that it's the truth. 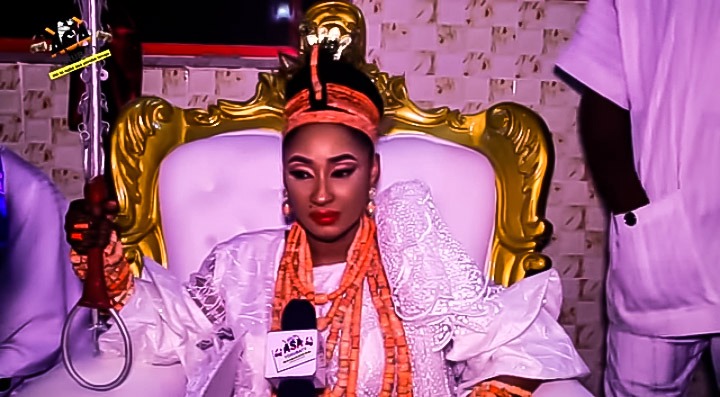 However, the title name, Oluase Olokun Agbaye wasn't invented by anybody, but it's a name that came directly from the Olokun inside the river which the deity made it point clear to everyone that she's the one appointed to be the leader that oversees the practice of Olokun's culture, and the messenger of the Olokun god globally.

According to Oluase Olokun Agbaye, Olokun consists of both male and female deities, which are known as water deities (hydrogenous). All followers of Olokun are known to be strong that is why they often act as a man and a woman as well. She added that among the two hundred and one orisa that God sent into this world, Olokun happens to be so powerful. 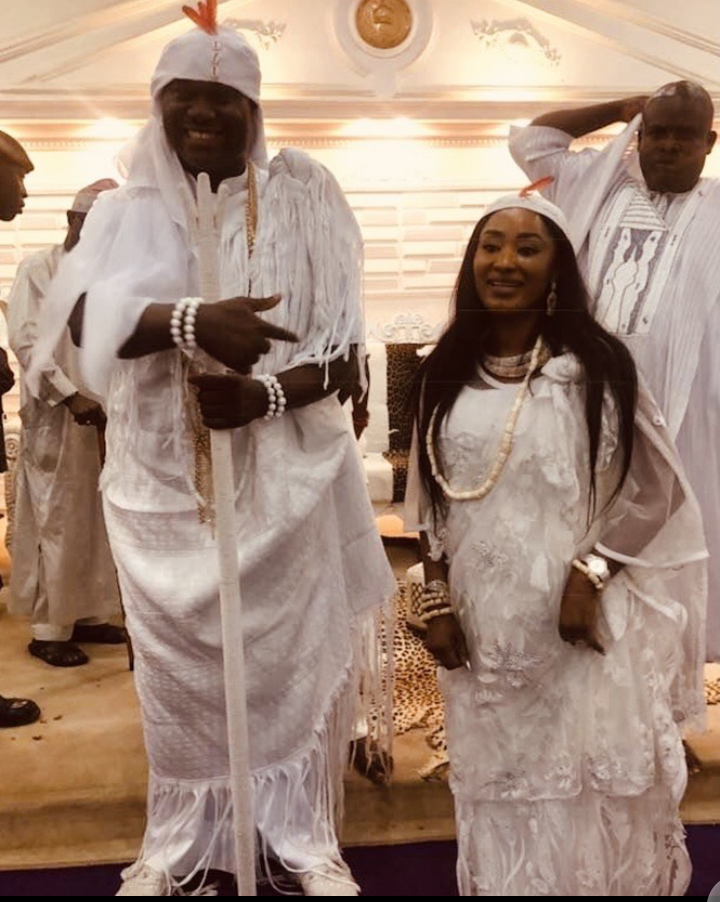 She further stated that there have been a hierarchical fight between Ile-Ife and Benin long time ago as touching the source of both kingdoms, which she said, she wouldn't love to delve into. She also said the reason she always goes to Ile-Ife to celebrate festivals with them was that the Ooni of Ife is her best friend.

Watch video of her interview during her coronation by clicking HERE

What do you understand by the deity Olokun? Do you believe most of these deities truly exist?