By Bigshotz (self media writer) | 16 days ago

Taking penalties is always assigned to a single player in most Premier League clubs, with the task of taking penalties only being delegated to another player if the penalty taker is absent from the field of play. It is always an honor to take penalties for your club, especially vital penalties, because it demonstrates that the squad has faith in you and your abilities. However, as a result of the just completed summer transfer window, the following players may find themselves out of a job as penalty takers at their respective teams, as their respective clubs have bought players with more expertise in the penalty area than they have. 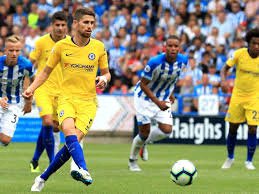 The Italian international was signed by Chelsea under their former coach, Maurizio Sarri, and his first goal for the club came from a penalty against Huddersfield in his first game as a Chelsea player. Since then, the midfielder has gone on to take 39 penalties for the club, missing only five of them in his three seasons with the London club. The signing of Lukaku, a Belgian striker who excels at taking penalties, could bring an end to this trend this season. The Belgian striker is the most likely candidate to take over the penalty role from Jorginho due to his exceptional ability to do so. Increasing his number of goals for the club will also help him achieve his personal objective of scoring as many goals as possible for his club and country. 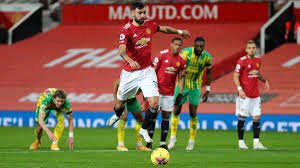 Bruno has been Manchester United's penalty taker since the club's inception, taking 23 penalties and scoring 21 goals across all competitions. His two misses have come in the Premier League, when his penalty was saved by Newcastle's goalkeeper last season and when he hit the ball over the crossbar against Aston Villa in his most recent penalty. Apart from the two misses, he has had an unblemished record from the spot. His penalty role, however, may be taken away from him this season. Ronaldo's ability to score from the penalty spot has never been in dispute; he was a dependable penalty taker for Juventus before transferring to Manchester United, and he also takes penalties for his country, Portugal, on international duty.