By AustineVersatile (self media writer) | 29 days ago

In the report which was made by the Daily Post newspaper, certain repentant Boko Haram militants in the Northeast expressed regret that they had taken firearms against the northern states, killing and kidnapping people and destroy their property.

On Tuesday, September 21st, 2021, They briefed the media while visiting one of the base and screening centres for surrendered Boko-Haram militants in Borno state. 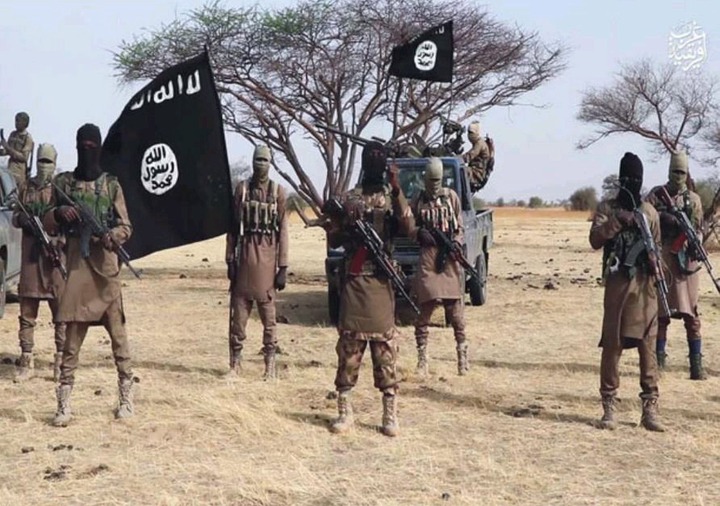 (Name not disclosed) one of the remorseful combatants said He and others realized that their commanding officers had misled them as to why they were being recruited into the group.

He added that they had realised that they could not continue to live in the horrible forest by escaping the Nigeria army attack.

He said if they weren't afraid to be kidnapped and murdered by the Nigerian army, they would have surrendered to Nigeria troops a long time ago instead of endangered their life in forests.

Surrendering to the Nigeria troops, He believes, is the better option, And he encourages his fellow combatant who has yet to surrender to do so. 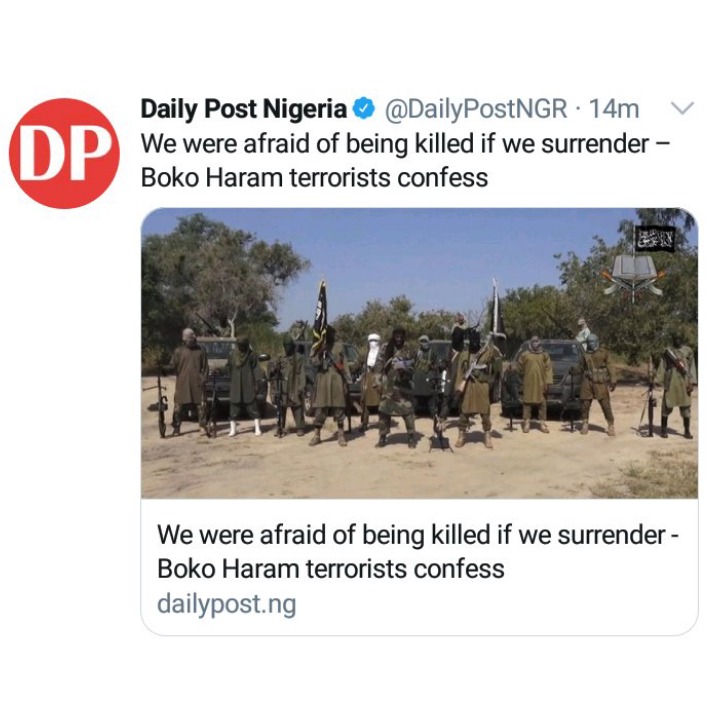 In his words, he said, “We were scared that if we came out, we would be killed, but that is not the case because we were welcomed without being attacked, and we have been treated properly since we came out."

“I want to encourage my remaining colleagues in the jungle to come out and surrender because they will be accepted,” he stated.

He said that he spent about six years at war, fighting Nigeria soldiers and Then they found out they weren't fighting for a good cause outline with the Nigerian governments. 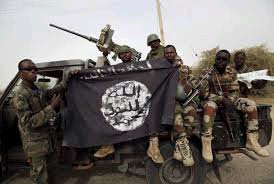 Adewale Adekeye said the leadership of the theatre was aware of the concerns and the fears that the recent tragedy had unleashed on the civilian people of Borno state and in the whole country.

He said that surrender was a common phenomenon throughout the history of the war and that this was a historical event.

in his words he's said, ”Even under the rules of war, there are things you are obliged to do when someone surrenders to you, and that is what the army has been doing,”

“The number of rebels who have surrendered is rather high, but the majority of them have been processed and transferred down to the Borno State Government's Maiduguri detention facility." 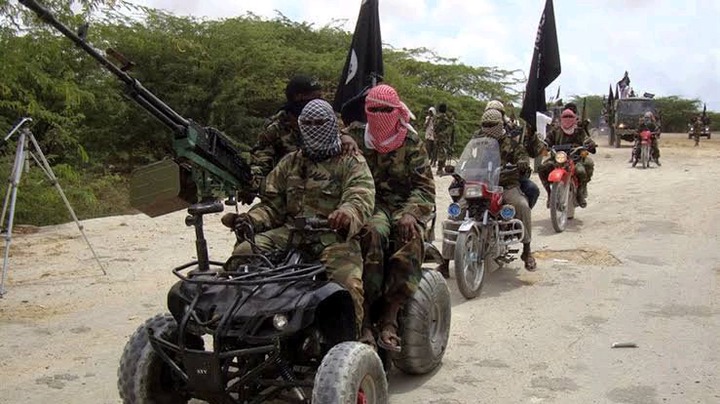 he said, "But because we are the initial point of contact for these rebels coming down from the bush, we have a lot of obligations as the first contact to profile them,”

The events of surrender, according to the brigadier commander, was held at Borno state, Bama Local Government Area, which is large and close to the forest of Sambisa of the notorious Boko Haram base.

He added that all units had been instructed to accept the surrender of Boko Haram terrorists, treat and transport them to the primary detention unit in Bama for further treatment and That the physical exertion had been going on since July. 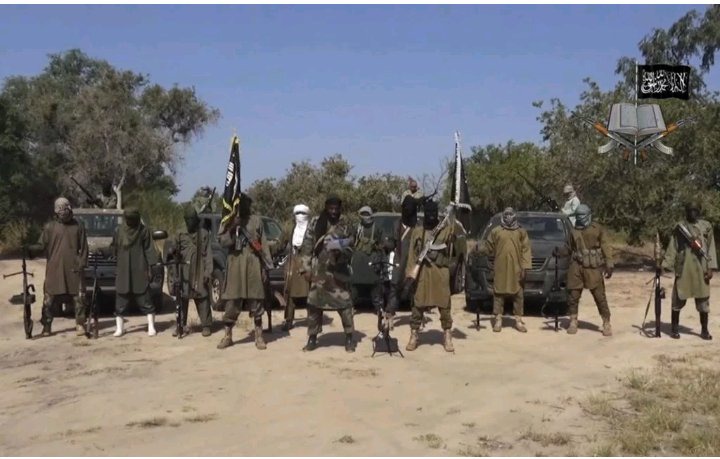 Furthermore, he denied that the Boko-Haram surrendered terrorists were retained in state-run IDP camps.

“We don't mix them in with the IDPs, because as you know, the IDPs camp in Bama is one of the state's oldest camps."

“The number of people in the camp has decreased as IDPs have returned to their ancestral homes, but the IDPS camp is a separate entity that is under the supervision of the state emergency management agency,” he said.