English premier league team of the week for Matchday 5.

Gameweek 5 of the 2021/22 English Premier League season did not fail to deliver as there were loads of goals and entertaining results to enjoy. Liverpool won Crystal Palace 3 goals to nil, Arsenal got their second win of the season with a narrow victory over newly promoted club Burnley, Man United enjoyed a dramatic winner against the Hammers, while Chelsea FC dominated Tottenham Hotspur in the London derby by 3 goals to nil. 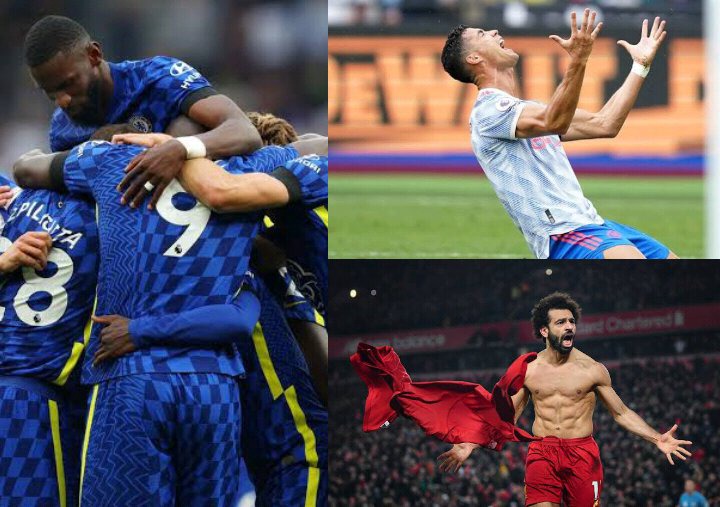 Following the release of the premier league team of the week by Alan Shearer, Chelsea's team dominate the list as they humiliated Tottenham Hotspur in their home ground by three goals to nil on Sunday. The players who did excellently well in that fixture were selected by Alan to make his list. 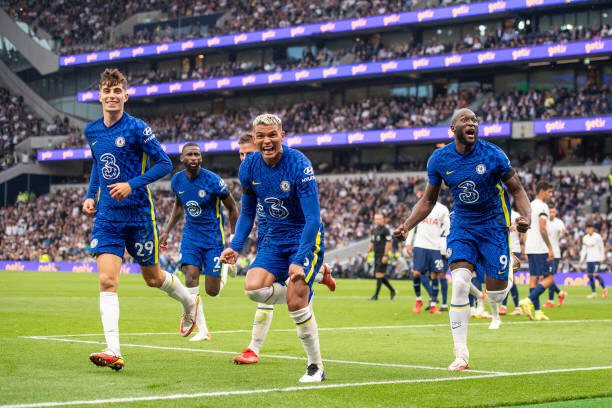 As Expected it was the Chelsea team who Dominated the team of the week with four players making it into the team. Chelsea's Goal scorers, Thiago Silva, Antonio Rudiger and Ngolo Kanté all made the list alongside Marcos Alonso who was really Tremendous all through the Game. 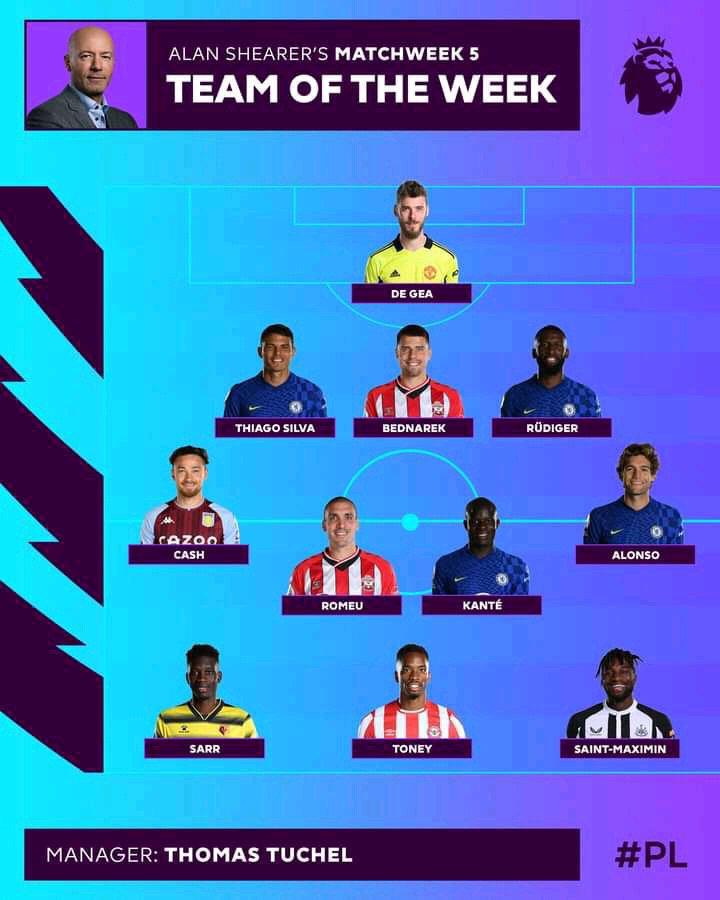