See The Prophet That Married Prophetess In The Bible

The wife of prophet Isaiah in the Bible is prophetess, look at the evidence in Isaiah 8:3. "Then I went to the prophetess, and she conceived and bore a son. Then the LORD said to me, “Call his name Maher Shalal Hash-Baz."

Nothing is known about this prophetess and scholars are not in agreement concerning the role she played in Isaiah’s ministry. Some scholars believe that she was called a prophetess because she was married to the prophet Isaiah. Others believe that this mysterious woman was a prophet in her own right.

Personally, I believe that Isaiah’s wife was a prophet who exercised a prophetic ministry alongside her husband. According to Isaiah 8:16, Isaiah had a group of disciples who preserved his oracles. Thus, it is possible that Isaiah’s wife was part of this prophetic guild and worked with him by giving a symbolic name to their son as a visible evidence of the message Isaiah preached to king Ahaz.

The information provided by the texts where the word neb’iah appears clearly indicates that a woman was a neb’iah, not because she was married to a prophet, but because she exercised the prophetic ministry, because of a divine call, and because she had received the endowment of the Spirit.

If Isaiah’s wife was a prophetess in her own right, then one can understand how their children had symbolic names that were directly related to Isaiah’s ministry. Isaiah said that his children were signs to Israel: “See, I and the children whom the LORD has given me are signs and portents in Israel from the LORD of hosts, who dwells on Mount Zion” (Isaiah. 8:18).

Apart from the fact that Isaiah, the evangelical prophet, was the son of Amoz, we know almost nothing about his background. His name meaning, “Help of God” or “God helps” was doubtless given him by parents who had experienced divine assistance in their lives. Isaiah himself certainly knew God as his unfailing Helper. We know that his wife was a prophetess and that there were two sons who were given as signs (8:18). As a prophetess, the prophet’s wife, like Deborah, and Huldah (which see under respective names), possessed prophetic gifts to be used in the service of God. Isaiah and his nameless wife were one in the understanding of God’s thoughts and counsels.

Isaiah and his wife have two sons. Their first son is Shear-Jashub (which means “a remnant shall return”). He’s mentioned in Isaiah 7:3: Then the LORD said to Isaiah, “Go out now to meet Ahaz, you and Shear-Jashub a your son, at the end of the aqueduct from the upper pool, on the highway to the Fuller’s Field,

Isaiah’s wife is only mentioned in the account of the birth of their second son in Isaiah 8:3–4: Then I went to the prophetess, and she conceived and bore a son. Then the LORD said to me, “Call his name Maher Shalal Hash-Baz; for before the child shall have knowledge to cry ‘My father’ and ‘My mother,’ the riches of Damascus and the spoil of Samaria will be taken away before the king of Assyria.” The second son had an extended, mystic name, Maher shalal hash-baz, meaning, “haste, spoil, speed, prey,” and implies “They the Assyrians hasten to the spoil the taking of Syria and Samaria they speed to the prey. Such a name, prophetic of the desperate flight of Syrian and Samaritan armies before their conquerors, was thought of as an enigma in Jerusalem. 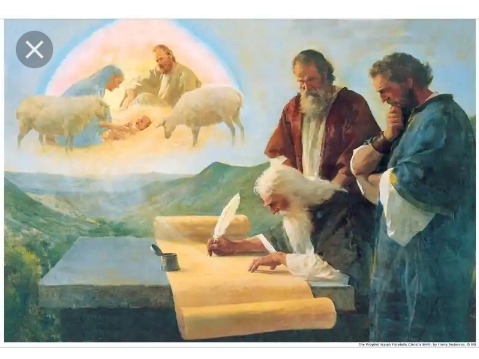