Muslim-Muslim Ticket: Tinubu Reveals Why He 'Must' Win 2023 General Elections.

By OReporter (self media writer) | 25 days ago

A large crowd attended the occasion where the All Progressive Congress (APC) presented the vice presidential candidate for the 2023 Presidential Election. As a result, Kashim Shettima has been announced as Bola Ahmed Tinubu's running mate for the general elections. 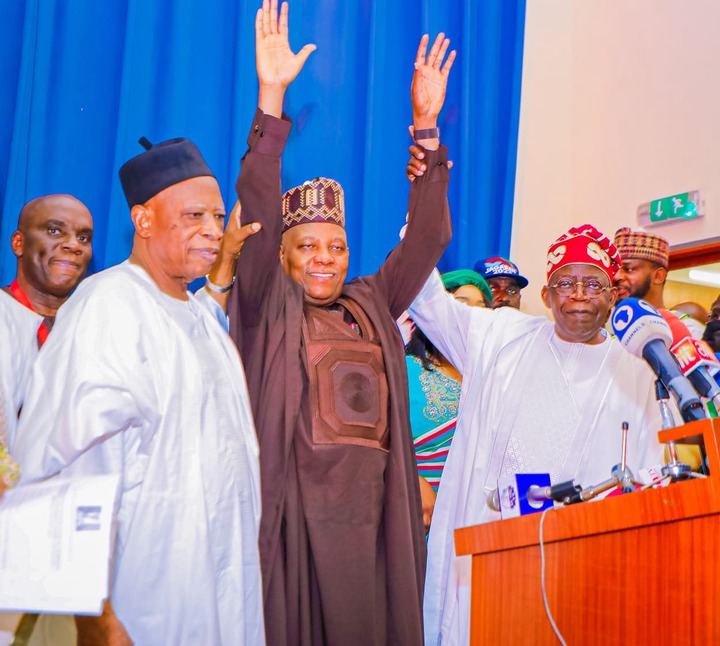 Many problems with the Muslim-Muslim Ticket existed prior to the introduction, which sparked responses among APC members. Many people objected to Kashim Shettima being chosen as Tinubu's running mate, and this is especially true given his ethnicity.

However, Tinubu spoke about his plans for the 2023 General Elections while addressing the party's members and supporters on the Muslim-Muslim Ticket. In his speech, he stated that they "MUST" win the election. 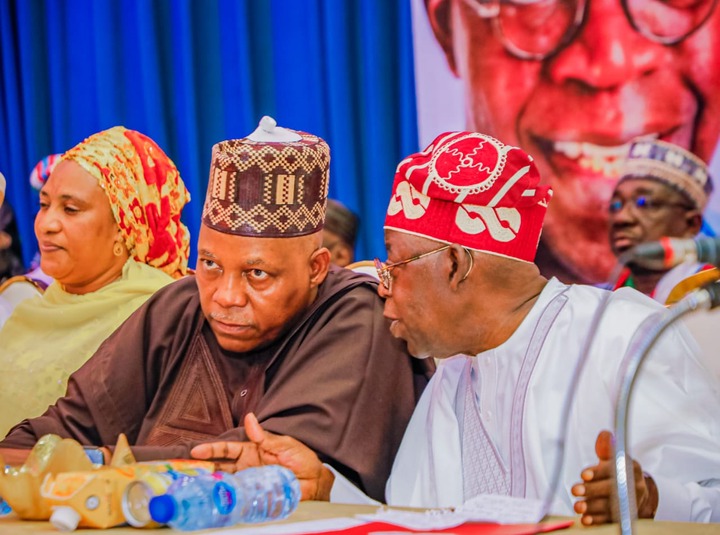 In his words, he said "We must win this election so that we can bring jobs, eliminate poverty, educate our children, bring up our grandchildren without thinking of religious division or ethnic differences. We are one. Our passport is one; greenback is one..one nation, One destiny." 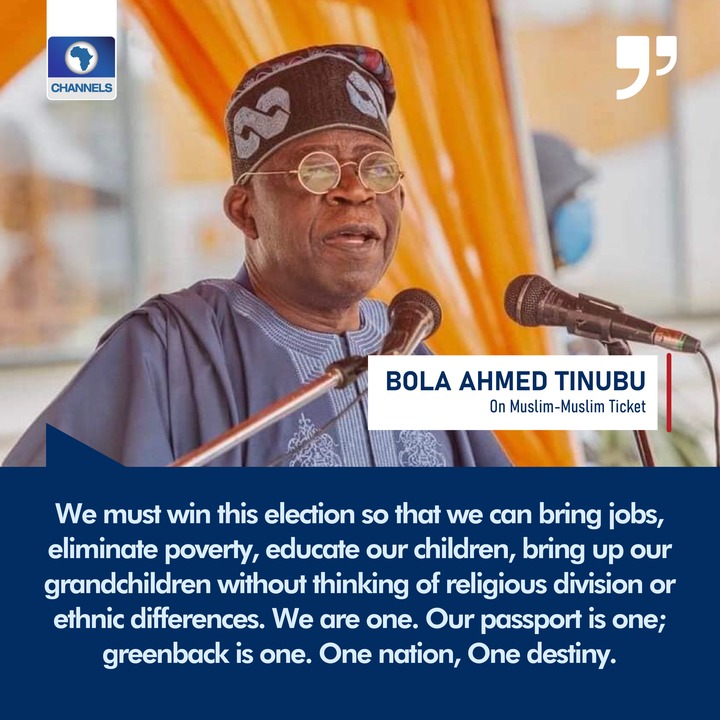 This means that he is expressing his goals for the country if he is elected president, which will have an impact on the nation's current racial and religious divisions. In essence, this can only imply that Kashim Shettima was intentionally selected by Tinubu as his running mate. 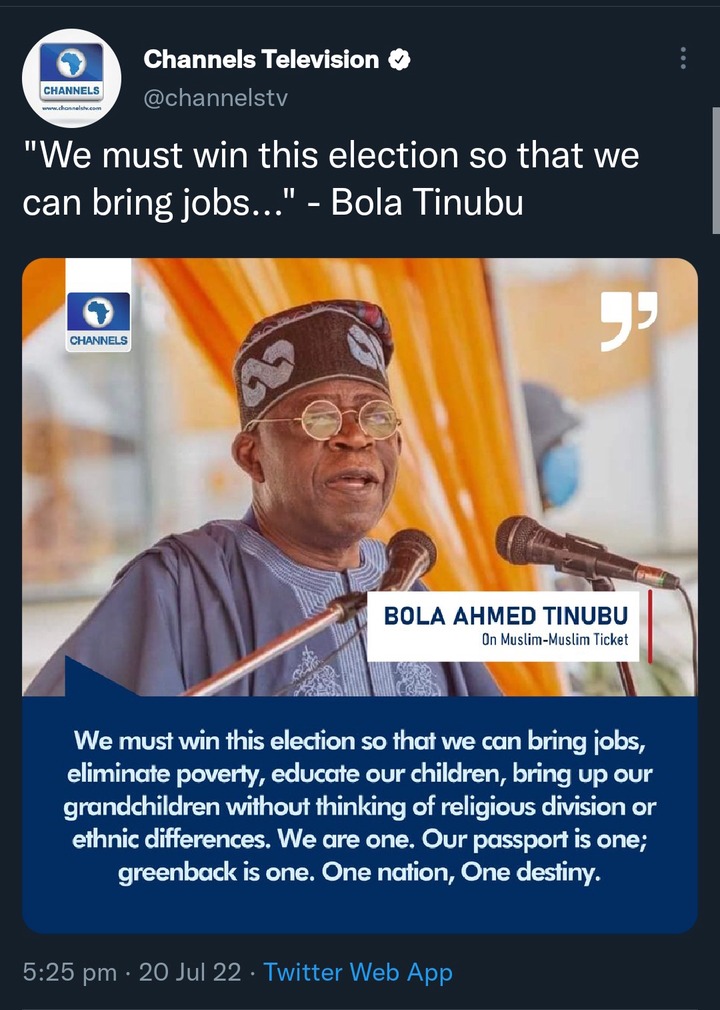