By Smartnesty (self meida writer) | 17 days

Goals from Mathues Perrera ( 45+2, 45+4 ), Callum Robinson ( 63, 90+1 ) and Diagne (68) condemned Chelsea to their first defeat under Thomas Tuchel, after going unbeaten in 14 matches in all competitions since Tuchel's arrival.

Chelsea took the lead through Christian Pulisic who scored on the rebound, after Marcos Alonso's free kick hit the post. They (Chelsea) had been in control of the game until the 29th minute, when returning captain Thiago Silva, picked up a second yellow card for a bookable offence and was sent off in the process.

The red card to Thiago Silva changed the Complexion of the game as 19th placed Westbrom, pressed on for an equalizer and were finally rewarded when Mathues Perreria scored in the second minute of stoppage time, after receiving a long ball from Johnstone. Two minutes later, he scored a second ensuring that the Baggies when into the break with a 2-1 lead.

The defeat to Westbrom was the first in Thomas Tuchel's era, and the first time Chelsea conceded 5 goals in a home league game since 2011 when they lost by five goals to three ( 5-3 ) to Arsenal. After the match, Thomas Tuchel underlined the need to be calm, also stating that it was going to be a difficult evening for everyone. He also took full responsibility for the defeat, and was also quick to point out that there were two different games, a game of 11 against 11, and 10 against eleven.

In his words he said;

" We cannot afford to lose our heads now, and take away the trust we have in these players. "

" It was a moment after the game to be honest, be calm and to tell everybody to breathe. This will be a difficult evening for everybody.

" This is my responsibility. I trusted this line up and still think the line up, was strong enough now in this game.

" There were two games, a game 11 against 11, and the game where we were a man down afterwards.

Chelsea will have to put this defeat behind them, as they have a match against FC Porto in the Champions League coming up next. They will have to perform better than they did today if they ( Chelsea ) are to take anything out of that 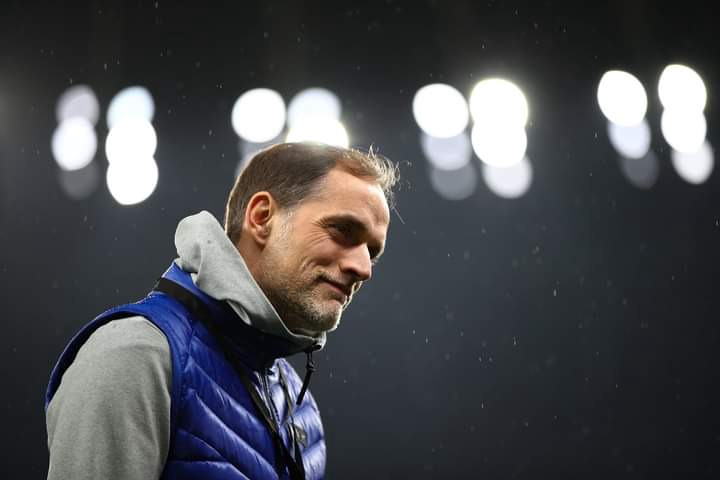